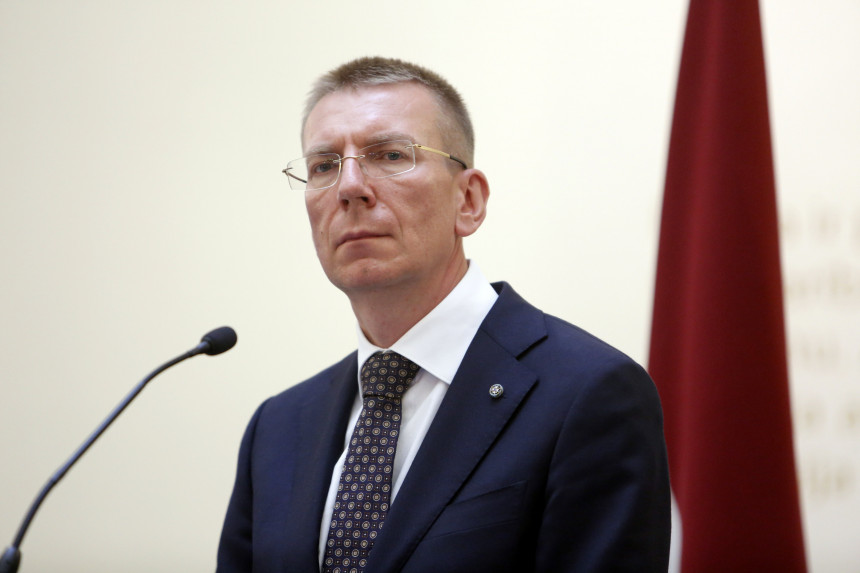 After the NATO-Russia Council, nothing significant has changed in Latvia’s security situation, such an assessment was made by Latvian Foreign Minister Edgars Rinkēvičs (JV).

The politician emphasized that Latvia is a member of NATO and the European Union (EU), which participated in the dialogue together with other Allies. The Organization for Security and Cooperation in Europe (OSCE) is also scheduled to hold a consultation on Friday.

“In my opinion, it is not possible to talk about something significant for the better or worse in Latvia’s security situation after yesterday. Nor can we talk about any change in the situation in Europe as a whole. “It is possible to conclude that there have been changes in Europe, Ukraine or the dynamics of relations in general,” said the Foreign Minister.

Rinkēvičs pointed out that this dialogue with Russia has started only this week, which is more about marking positions. According to him, no one, including Russia itself, knows yet whether Latvia’s neighbor will be ready to engage in talks on reducing tensions, withdrawing the armed forces from the Ukrainian border, exchanging military training and exchanging information on security issues for both Russia and Russia. NATO as a whole. The Minister emphasized that if Russia is really interested in promoting and increasing security, then the dialogue with it must be continued.

“Whether Russia’s demands, which are unacceptable on the part of the Allies, were designed to find an excuse for the escalation of the situation or a direct invasion of Ukraine, we will see soon. What matters is that NATO and the EU are united, strong and we “We will act in accordance with the situation that will develop. At present, a lot is in Russia ‘s hands,” said the Foreign Minister.

Rinkēvičs pointed out that the consultations could still continue. The Minister expressed understanding that people, taking into account the history of Latvia and the history of the European continent, are concerned about every conversation and statement. In his view, this is understandable. Rinkēvičs emphasized that there is unity among the allies and the actions that are being taken make the Foreign Minister think that everyone is aware of the seriousness of the situation, the security situation and is ready to react.

“Everyone is ready for a serious diplomatic process with Russia. Everyone is ready to work to reduce tensions, but without violating the clearly defined principles of collective defense and the ‘open door’.” It is too early to discuss what will happen next. It was agreed, however, that work would continue to continue the dialogue, “said the Foreign Minister.

He mentioned that after the OSCE consultations, at some point a reaction from Moscow could follow, so further work will take place. The Minister expressed the position that neither NATO nor the EU had grounds to change its position and principled position against Russia’s demands.

We have already written that NATO Secretary General Jens Stoltenberg said on Wednesday after the NATO-Russia Council that the two sides had agreed to hold more talks, although there were significant differences of opinion.

After the meeting, Stoltenberg said that the alliance with Russia had significant differences of opinion regarding the “security guarantees” demanded by the Kremlin, but that NATO allies are ready to meet with Russian representatives again.

According to Stoltenberg, both sides “expressed the need for dialogue and to consider the schedule of further meetings”. He said the Allies had agreed to hold a series of talks with Moscow on various strategic issues.

“Russia was not in a position to agree to the proposal. They did not reject it, and Russian officials explained that they needed time to return to NATO with a response,” Stoltenberg said.

He also warned that Russia would not have a veto over any decision by Ukraine to join NATO, and called for de-escalation of Russia’s concentrated forces on Ukraine’s border.

“Ukraine is a sovereign state, Ukraine has the right to self-defense. Ukraine is not a threat to Russia,” Stoltenberg said. “It is Russia that is the aggressor. It is Russia that has used force and continues to use force against Ukraine. And then they gather about 100,000 soldiers, artillery, armored vehicles, drones, tens of thousands of ready-to-fight soldiers and use threatening rhetoric – so is a problem. “

“This is against the backdrop of global instability, the terrorist threat, the proliferation of the current arms race, and the complete degradation of the European security architecture,” Russia’s defense ministry said at a meeting of the NATO-Russia Council in Brussels.

At the meeting, Fomins gave the council members “an assessment of Russia’s current state of European security, as well as explanations on the military aspects of Russia’s draft agreement on security guarantees,” the ministry added.

During the Council’s talks, Moscow openly pointed out to the alliance the serious risks that a further deterioration of relations could lead to, Russian Deputy Foreign Minister Alexander Grushko said at a press conference after the meeting.

“Today we do not have a unifying positive agenda. There is no such thing at all,” the diplomat said.

Deeply concerned about the concentration of Russian forces on Ukraine’s borders, the Alliance has been trying to arrange a meeting between NATO and the Russian Council for months, but this diplomatic path seemed threatened after the espionage scandal in October.

The Council has been used for dialogue since 2002.

Moscow has issued an ultimatum to the West demanding a halt to further NATO expansion to the east, as well as the dismantling of the Alliance’s infrastructure in the so-called new member states, restoring the status quo on 27 May 1997, before NATO’s first enlargement.

Russian President Vladimir Putin has threatened that if Moscow does not receive the “security guarantees” he has demanded, he will have to take “military technical measures”.