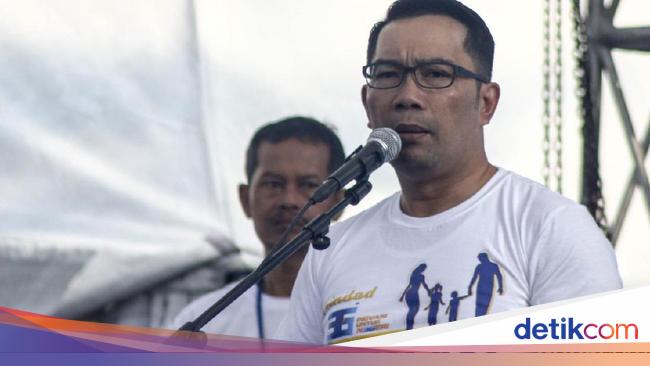 Governor of West Java Ridwan Kamil (RK) revealed the progress of the construction of two dams in West Java which is a program directed by President Joko Widodo (Jokowi). Ridwan Kamil said the two dams could reduce the potential for flooding in Jakarta.

This was revealed by Ridwan Kamil through his Instagram account as seen detik.com, Tuesday (26/7/2022). Ridwan Kamil said the Ciawi and Sukamahi Dams in Bogor Regency will be completed in the near future.

“If this is completed, the flow of water that usually passes through Ciliwung continues to Jakarta and causes flooding, it can be reduced by 30%. Hopefully, with the completion of the Ciawi dam, next to it there is Sukamahi, so we can hold water in the flood season so that water flows into Jakarta. can be better managed and reduce the potential for disasters,” said Ridwan Kamil in a video on his Instagram account. The video ends with shouts of ‘Ciawi Dam Champion, West Java Champion, Advanced Indonesia’.

Ridwan Kamil said the progress of the Ciawi and Sukamahi dams has reached 87 percent. He asked for prayers so that the program of President Jokowi and Minister of PUPR Basuki Hadimuljono could be inaugurated this year.

“In addition to regulating the volume of river water, also because the scenery is beautiful, these two places can be used as new tourism spots in Bogor Regency,” said Ridwan Kamil.

“Yesterday I did an inspection and encouraged the BBWS team and the workers at the site. I hope it goes smoothly until the inauguration by the President,” added Ridwan Kamil.

See also  Friends, Sangiovanni talks about the relationship with Giulia Stabile and reveals if he would go to the Sanremo Festival