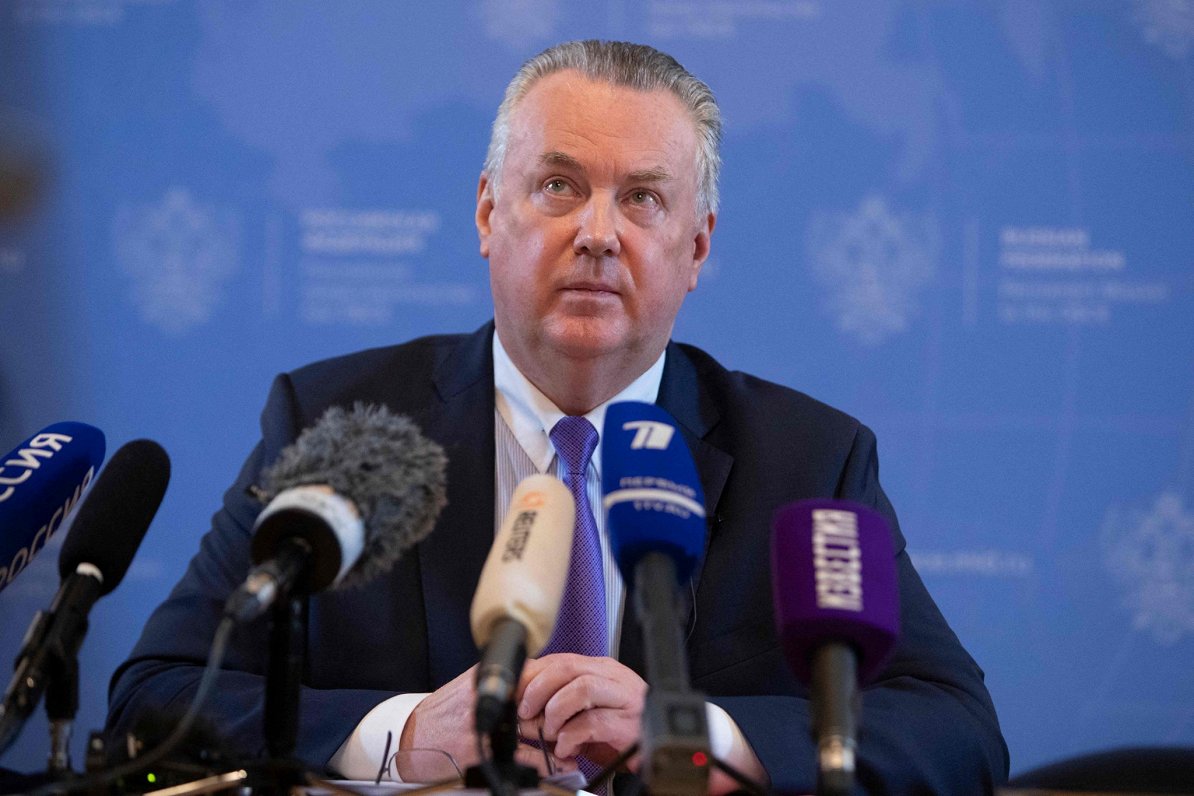 After this week negotiations with the United States (Geneva) and NATO (Brussels) Russian representatives traveled to Vienna on Thursday to discuss the security guarantees demanded by Moscow at another international platform, the Organization for Security and Cooperation in Europe. This organization, which unites 57 countries, is one of the few in which both Russia and the United States are still represented.

Although Russian Deputy Foreign Minister Sergei Ryabkov had previously said that it did not make sense to speak on the same subject for a third time, Polish Foreign Minister Zbigniew Rau, the new OSCE Chairman-in-Office, expressed confidence that a dialogue on greater security in the European region was needed.

“I firmly believe that we must be open to dialogue and ready to offer initiatives that will help build mutual understanding and reduce tensions in the OSCE region. I believe that it is extremely important to raise the issue of European security at this time. We will start a process that will allow us to adhere to the Helsinki Principles in full compliance with international law. ”

The Polish foreign minister has expressed concern that Europe is now as close to war as ever since the collapse of the USSR.

“For several weeks now, we have been facing the possibility of a major military escalation in Eastern Europe. Military analysts have pointed to a large military increase in the region. We have recently heard demands for security guarantees in much of the OSCE area and a renewed discourse on spheres of influence. All these aspects require a serious international assessment and an appropriate response. “

OSCE Secretary General Helga Schmid expressed her conviction that it was through diplomacy that tensions and confidence-building between member states should be restored.

“We are currently facing a highly unpredictable and polarized security environment, with high levels of tension and low levels of trust. We are seeing old and new lines of collision in Europe, so escalation is a real concern. But that is why the OSCE is so unique and so important, because it is an indispensable platform for negotiations, ”says Šmida.

“We have the tools and mechanisms we need. When tensions are high, dialogue is needed, but even more attention needs to be paid to reducing risks, preventing incidents, increasing transparency. And we have these tools.

We talk in good times and bad times. When other opportunities for dialogue are exhausted, the OSCE will remain. “

No big and concrete results should be expected from the meeting of OSCE participating States held in Vienna today, the Latvian Ambassador to the OSCE Katrīna Kaktiņa admitted in a conversation with Latvijas Radio. She emphasized that the other member states wanted to hear Russia’s reaction to the offer to hold negotiations on European security within the OSCE.

Ambassador of Latvia to the OSCE Katrīna Kaktiņa

Russia did not give a very specific answer and a specific ‘yes’ to this question, but it did not reject it either.

Russia has thrown a bomb at all other countries, saying they are waiting for constructive proposals on what these talks within the OSCE might look like, and then they will assess them accordingly. But they are interested in a fast and efficient process, ”says Kaktina.

“Today, we have also been able to hear the reactions and positions of other countries on this issue, and the vast majority of OSCE participating States support the dialogue on European security within the OSCE, recognizing it as the most appropriate format for the subject. The range of OSCE instruments is quite wide, so the question is only about the will and desire of the countries to sit down at the table and really solve some issues, ”said the Latvian Ambassador.

Commenting on today’s talks, Russia’s Permanent Representative to the OSCE, Alexander Lukashevich, has expressed disappointment with the outcome, as Russia has expected a more serious response and comprehensive discussions. According to Lukashevich, the OSCE partners have had enough time to study Russia’s proposals and formulate an opinion.

According to the Russian representative, the OSCE partners mostly focus on the principle that no country can influence other countries’ defense systems, but the continuation of the same principle is ignored – the security of other countries must be taken into account when choosing the means to guarantee security. Lukashevich says Russia is not raising ultimatums to the West, but is offering to solve problems and find solutions.

Meanwhile, Russian Foreign Minister Sergei Lavrov has announced that Moscow will decide on the next steps after receiving a written response from the United States and NATO to the security requirements.

In an interview with the television game “Big Game”, Lavrov pointed out that the US demands for Russia to withdraw its forces from the Ukrainian border and for soldiers to return to the barracks in Moscow are not acceptable and will not even be discussed.

Moscow has repeatedly emphasized that Western countries have no right to dictate how “military exercises” take place on Russian territory.