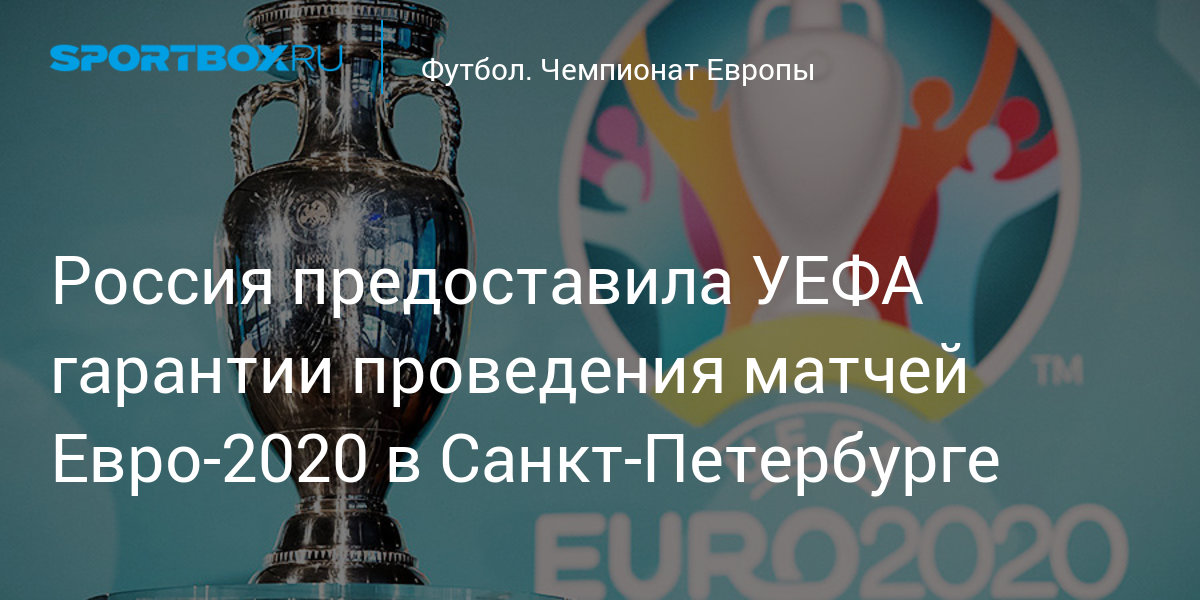 The general director of the organizing committee of Euro 2020 in Russia, Alexei Sorokin, said that the country had sent government guarantees for holding matches of the European Championship 2020 in St. Petersburg to the Union of European Football Associations (UEFA).

– The situation is good, guarantees are signed. The government of the Russian Federation and departments have done a great job. They are signed by the chairman of the government and transferred to UEFA, ”Sorokin said.

The tournament, previously postponed due to the coronavirus pandemic, is planned to be held from June 11 to July 11, 2021 at 12 stadiums in 12 different countries. In addition to St. Petersburg, matches will be hosted by London, Munich, Baku, Rome, Bucharest, Dublin, Copenhagen, Bilbao, Glasgow, Budapest and Amsterdam.

Three matches of the group stage and one game of the quarter-finals are planned in St. Petersburg.