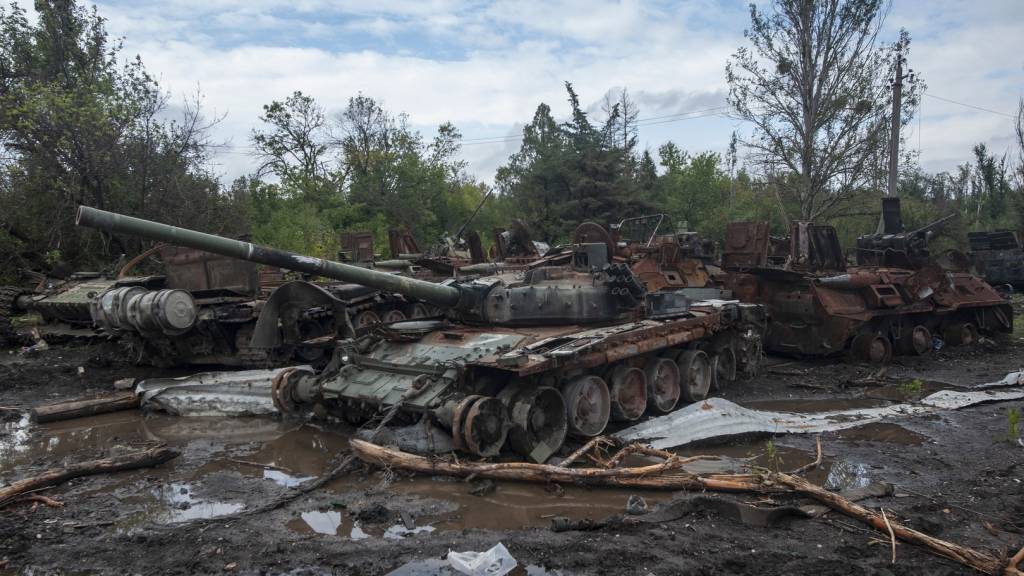 While the Ukrainian army makes a bridge useless with a few shots, the Russians may take a whole day with a few hundred grenades. The difference: Ukraine has advanced American Himar systems at its disposal whose missiles can find their own target, Russia is largely dependent on ‘dumb’ weapon systems.

According to military historian Christ Klep, it shows an important reason for the Ukrainian advance and the Russian losses of recent weeks: the state of Russia’s arms stocks.

Countries keep precise figures on quantities of weapons and ammunition. But other information paints a picture that is especially bad for the Russians, experts also say. Klep: “It is not without reason that the Ukrainians came to the conclusion that Russia is in such a bad state that they could already launch an offensive.”

NATO countries are actually not ready for long wars.

Attacking, explains defense specialist Dick Zandee, costs an army much more ammunition than defense. “Because then you have to deploy firepower across the entire width, that eats up ammunition.”

“Attackers always need a lot more,” Klep agrees. He therefore thinks that Ukraine has received a lot of intelligence from the Americans about Russian weapons stocks, and that partly on the basis of this, the country decided that an offensive was promising.

Of to report The fact that Russia is buying drones from Iran and millions of artillery shells and missiles from North Korea seem to confirm that Russian depots are really starting to run out. Zandee: “So much has been fired that there is apparently a shortage of classic ammunition. The large arsenals of ‘dumb’ missiles are running out.”

The stock of ‘smart’, advanced missiles had been short for some time. Klep gives the example of the Iskander, a large rocket that can be steered during its flight. “The Russians build 250 of these a year. They’ve spent hundreds of them this war alone.”

Replenishing stocks is almost impossible, partly due to Western trade sanctions. Modern weapon systems require chips that Russia can only get from the West. “Russian military is removing chips from dishwashers and refrigerators to repair their military hardware as their semiconductors are running out,” cheered European Commission President Ursula von der Leyen this week.

The computer chip also plays a major role in other conflicts:

China could supply some of those chips, but, as far as we know, is not yet doing so fear of the reaction of the West. Zandee: “The Russians have also started shopping on the world market in recent decades, thereby making themselves militarily dependent.” That will cost her now.

Zandee and Klep do warn that arms stocks are also a bottleneck on the Ukrainian side. The country is almost entirely dependent on the West for weapons, and then especially from the United States. Recent said a US defense official that the amount of ammunition in US depots is “uncomfortably low” because of the Ukraine war.

“America cannot sustain large shipments of ammunition without ramping up production,” Zandee said. Most of the weapons that the US promised to Ukraine must therefore still to be produced.

It is a consequence of the Western defense policy of the past decades, says Klep. Armies became more and more high-tech, with expensive systems and fewer supplies. “With a little anti-tank weapon you are a few tons further. Factories don’t have the capacity to build those modern weapons very quickly.”

NATO countries, Zandee says, “are actually not prepared for long wars”. Klep agrees: “The prevailing idea in recent decades has been that wars in the West will never last long. Most Western armed forces run out of supplies within a few days in fierce, large-scale wars.”

We stared blindly at some cutting-edge stuff from the Russians.

Both Western countries and Russia therefore fall back on outdated weapon systems. Klep: “Russia has a lot of supplies from the 50s and 60s in the most insane, barely secured complexes. They fall back on tanks and armored vehicles from that period.”

“And the Americans are now mothballing anti-tank weapons that they have not used for ten or twenty years. Under the name: it works against the Russians anyway, for them these are already modern weapons.”

Because if the war proves one thing, Zandee says, it’s that Western weapon systems are “superior to those of the Russians.”

Klep again points to the American Himars, who fought this war decisive to be. “They are so accurate that you can do in six or seven rocket shots what you normally do in a two-day artillery bombardment. I think even the Americans are amazed at the effectiveness.”

‘Russia hopes for a break’

Russia, says Klep, is years behind modern Western armies. “We stared blindly some cutting edge stuff of the Russians. None of the Russian equipment appears to work so well that you can build on it.”

Both sides are therefore faced with a shortage of weapons, but it is the Russians for whom that is really urgent. Zandee: “Russia will hope that the winter weather will provide a phase without major movements, in order to be able to recover, buy ammunition and regroup. But Ukraine is now smelling its chance and will try to disrupt it.”