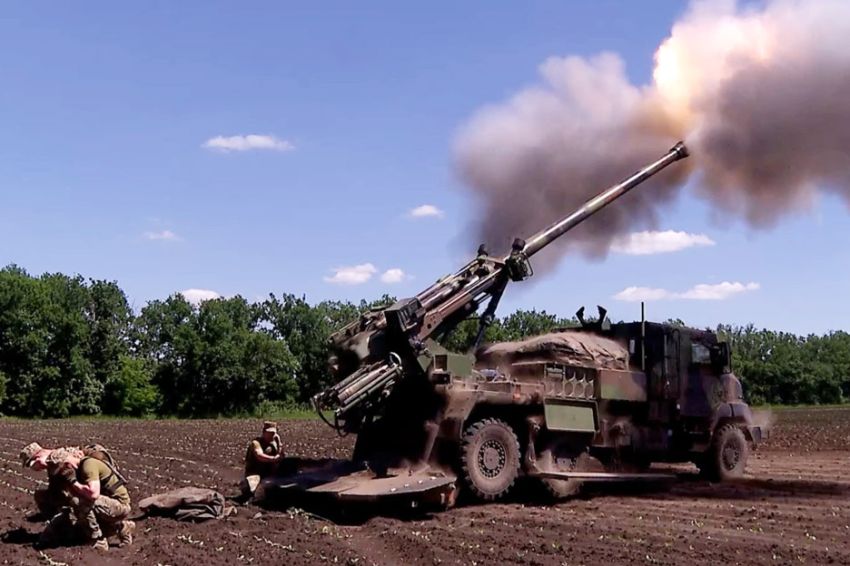 The footage, recorded by a Russian drone, shows the self-propelled howitzer being hit by Russian MLRS fire. It is not known how much damage the attack caused, given the height the video was shot at. However, the video shows a massive explosion and shows the howitzers on fire as soldiers scatter.

Ukraine Weapons Tracker, a popular English-language war tracker account, shared the video on Twitter and noted that munitions on the ground appeared to have been destroyed by the attack.

“Russian Artillery/MRLS fire damaged the French CAESAR 155mm self-propelled howitzer during combat, possibly in the East. The ammunition is destroyed,” wrote the post as quoted from 19fortyfiveSaturday (13/8/2022).

Read also: Russia: Switzerland is no longer neutral, cannot be a mediator

Ukraine first used French-supplied CAESAR self-propelled howitzers against Russian targets in February. Even with this illustrious military apparatus, however, Russia had the upper hand in the early days of the conflict. However, over time, the number of CAESAR howitzers supplied by France increased.

By April, Ukrainian forces had become accustomed to using military vehicles as part of their overall military strategy, and troops on the battlefield praised military vehicles for their ability to fire an average of five rounds in less than a minute and at a range of 13 miles.

“The system is especially maneuverable and highly mobile. In modern warfare, this is an important factor. Our old system didn’t budge, so to speak. This is truck-mounted artillery for deployment in the field,” said a Ukrainian commander operating the vehicle in July.