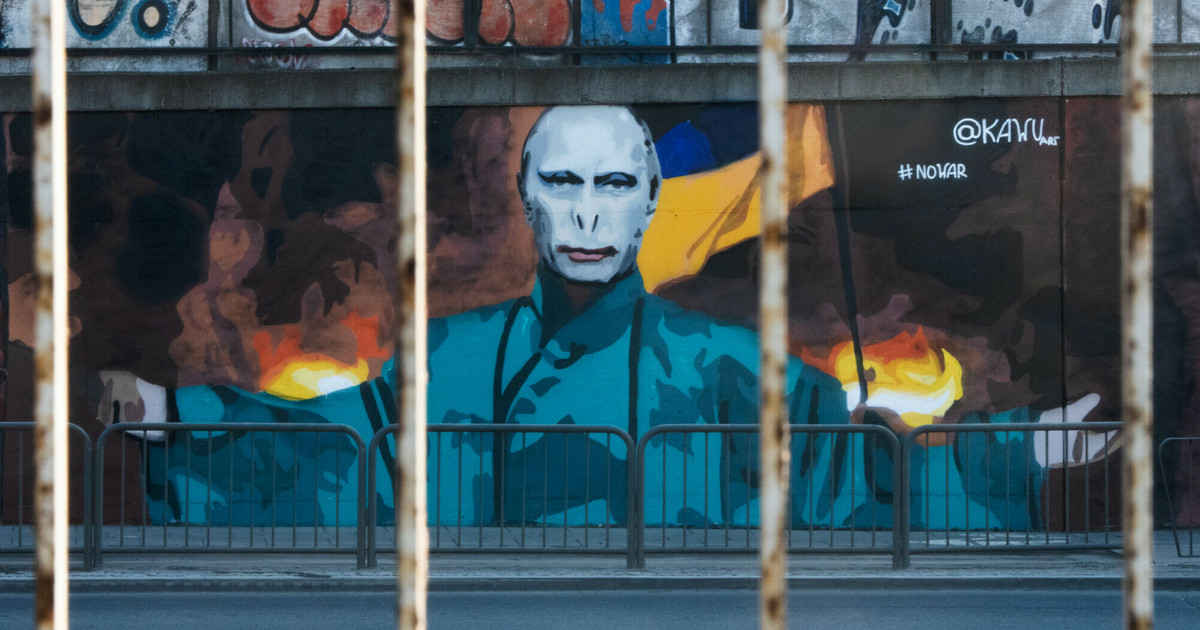 Over five months of the war in Ukraine are behind us. Russia has to deal with sanctions for the same amount of time. In March, some predicted that the blow to the economy would be so painful that it would alienate Vladimir Putin from fighting. In retrospect, however, there are many signals suggesting that the aggressor is quite efficient at dealing with the restrictions.

Russia’s economic outlook has improved since April. At the same time, the situation of almost all other countries deteriorated, according to the latest forecasts of the International Monetary Fund (IMF). Of course, this does not mean that Russia will save itself from recession, but it will be shallower than expected. IMF experts suggest that the decline in GDP this year will amount to 6%.

The rest of the article is below the video

What are Russia’s current macroeconomic statistics? It turns out that the exit of many foreign concerns from this country or the cut-off of a large part of exports did not result in a sharp increase in unemployment. Moreover, unemployment has even slightly decreased. In February this year it was at the level of 4.1 percent, and now it is 3.9 percent.

Taking the unemployment rate as a reference, it can be said that the situation on the labor market in Russia is the best in the 21st century. It was much worse at the beginning of the coronavirus pandemic, when unemployment jumped above 6%.

For months the whole world has been living in high places. The Polish government explains this with Putin’s aggression and expensive raw materials. Meanwhile, alone Russia has only marginally higher inflation than we do. The data from the Central Statistical Office show that the average price increase in our country is 15.5 percent.and the statistics of its Russian counterpart indicate 15.9 percent.

It is worth adding that in April inflation in Russia reached almost 18%, but in the last two months this indicator has been falling.

Not only inflation in Russia is falling, but also interest rates, that is, the cost of money. Right after the invasion of Ukraine and the collapse of the ruble, the central bank raised interest rates to 20 percent. At the same time, the corresponding rate in Poland was 3.5 percent. Since then, the NBP raised the bar to 6.5 percent, and The Bank of Russia went down to 8 percent. and announces further cutsby claiming to have inflation under control.

It is also interesting to compare the moods of entrepreneurs from the industrial sector, which is crucial for the economy. The latest data from Russia shows that an optimistic attitude is still prevailing, illustrating this the PMI index remains above 50 points (this is the border between conventionally good economic conditions and recession). It exceeds the average for the euro area countries. W In Poland, the same indicator dropped to 42.1 points.

The devil is in the details

Experts interviewed by Business Insider Polska are not surprised by the examples provided. They note some nuances of the statistics shown by Russia. They emphasize that Putin has been preparing for years to attack Ukraine, so the first effect of the sanctions is not spectacular.

– The sanctions are painful for Russia, I have no doubts. However, from the beginning of the war, I have indicated that Putin has been preparing for it for 15 years and that is the only reason why the country has not yet gone bankrupt – points out Paweł Borys, economist and president of the Polish Development Fund (PFR).

He emphasizes that Russia from 15 years ago would now be in a state of real economic paralysis. Putin, however, learned lessons from the crisis of the 1990s. Instead of paralysis, the economy will now slowly “bleed out”. Thus, Russia will not be able to wage war in the long term.

— Russia no longer matters economically. Only raw materials are its strong pointon which, for example, the Germans were addicted. Over time, however, Europe will become independent. Russia is a non-competitive economy, with some minor exceptions not modern and poor – emphasizes Paweł Borys. It enumerates that Russia’s economy is a quarter smaller than the Italian economy in terms of GDP. It is also only 10 percent. the size of the EU.

The latest official data already indicate that Russia’s GDP decreased by 19.2 per cent in six months, and this from the perspective of Western standards means a solid recession.

– The fall in inflation in Russia is statistical, not real. A deeper look shows that the prices of, for example, foreign electronics have stopped growing, which in many cases is not available in stores due to sanctions – notes Klucznik.

The economist also points to a decline in certain types of food. Restrictions on exports to other countries have made some goods surplus, and therefore cheaper.

– Inflation in services or other basic goods is not decreasing at all – emphasizes the PIE expert and calculates that, for example, Since the beginning of the year, hotel services have increased by 7 percent, and margarine or soap by nearly 40 percent.

What about unemployment, which has dropped to its lowest levels in more than two decades? – We cannot expect the full reliability of the statistics. On the other hand, the Russian authorities introduced aid packages that artificially supporting jobs. In addition, the reaction of the labor market in the business cycle is delayed. We will see the effects of the sanctions only in some time – explains Marcin, the PIE expert.

In turn, the president of PFR adds that there was no unemployment in the People’s Republic of Poland either. He points out that the Russian economy works similarly in many places.

— There is hidden unemployment there. As a result of the war, the Russians are certainly getting poorer – there is no doubt the president of PFR.

The Kremlin hides a corpse in a closet?

“The Kremlin’s publications are becoming more selective and incomplete, and they selectively reject unfavorable statisticswhile keeping only the beneficial ones. The Russian government does not disclose some of the economic indicators that were updated every month before the war, including all data on foreign trade with Europe, say scientists from the prestigious American Yale School of Management.

In recent days, they have published a comprehensive report summarizing the first five months of the war in the context of the Russian economy. They argue that opinions about Russia’s resistance to sanctions and suggestions that they are mainly taking a toll in the West are simply a falsehood that only serves Moscow.

The report suggests that business withdrawal and sanctions are devastating the Russian economy. “It has ceased to be a strategic exporter of goods and imports have collapsed, resulting in widespread supply shortages. Russia has lost companies accounting for 40% of its GDP, reversing almost all foreign investment in the last three decades,” we read.

Scientists emphasize that Putin has resorted to extraordinary interventions in the free market to alleviate structural economic weaknesses. This already results in the first budget deficit in years and the exhaustion of foreign reserves. “The Kremlin’s finances are in a much more tragic state than is commonly believed,” they point out.