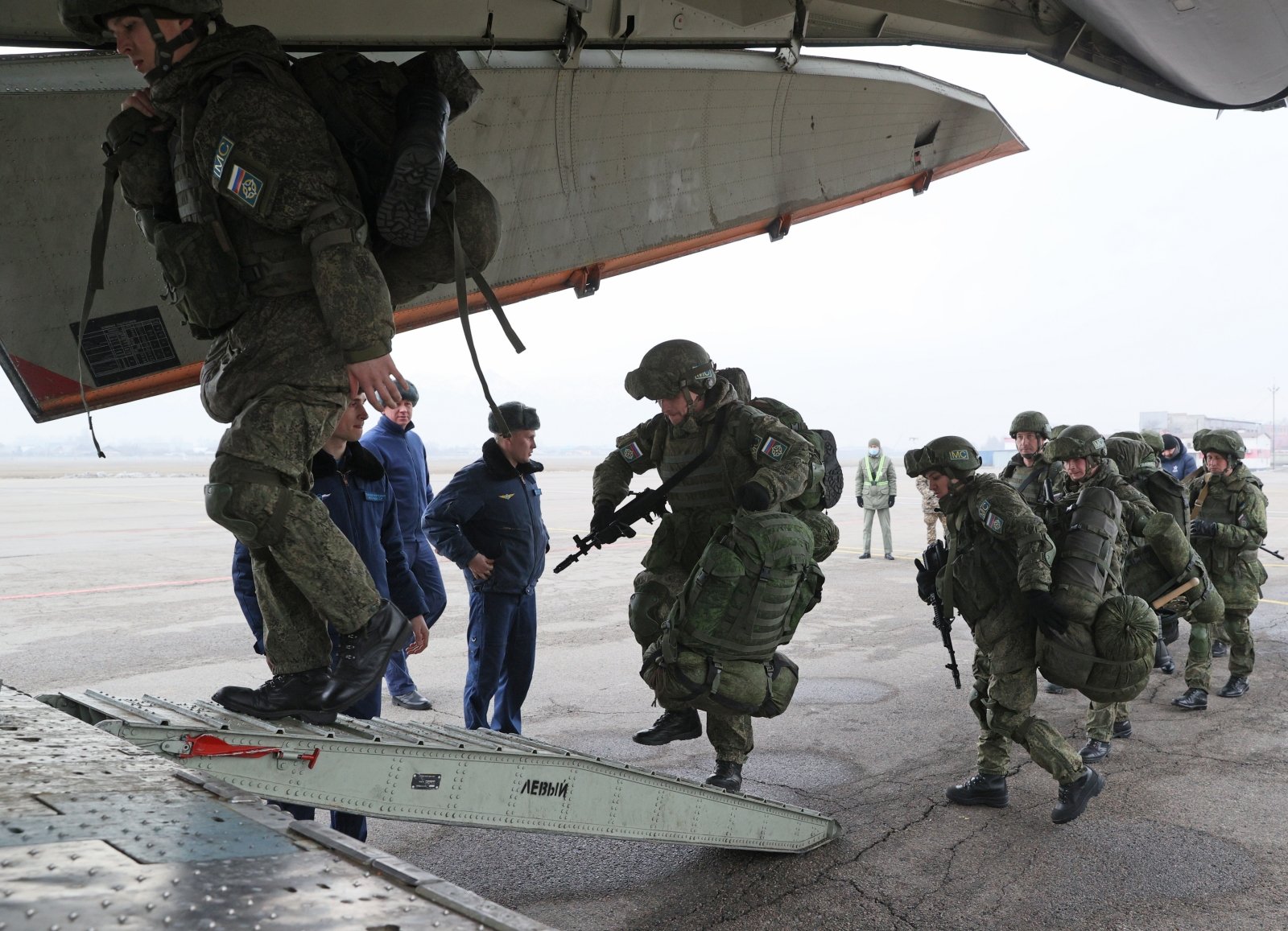 Kazakhstan asked the Collective Security Treaty Organization (CSTO) to send forces as peaceful protests over fuel prices in the country escalated into an unprecedented wave of violence that claimed dozens of lives. The decision to send such a contingent was the first in the history of this bloc.

Russia often presents the CSTO as a counterpart to NATO, but in the past the organization avoided interfering in the unrest in Central Asia, which has historically had close ties with Moscow.

At a ceremony to end the CSTO mission, soldiers lined up to hear the anthems of each of the six CSTO member countries before the official speeches began.

“The peacekeeping operation is over … tasks have been completed,” said Russian General Andrei Serdiukov, commander of the KSSO contingent.

Russia’s defense ministry said the “collective peacekeeping force was beginning to prepare equipment and machinery for loading into Russian aviation and space military aircraft and returning to permanent locations.”

President of Kazakhstan Digging Zhomart Tokayev said the unrest in the country was an attempt to carry out a coup with the help of local and international “terrorists”.

President of Russia Vladimir Putin for his part, he hinted that the events in Kazakhstan were reminiscent of the “color revolutions”, he said, prompted by foreign interference.

K.-Ž. Tokajev said the phasing out of foreign forces would take no more than 10 days.

It was feared that Moscow could use the mission as a means of increasing its influence in Kazakhstan.

US Secretary of State Antony Blinkenas warned earlier that “if Russians show up at your home, it is sometimes very difficult to get them out.”

Although Kazakh authorities have claimed that the country’s violence was fueled by foreign “terrorists”, it broke out in the wake of peaceful demonstrations over the sharp rise in the price of liquefied petroleum gas, as well as deteriorating living standards and rampant corruption.