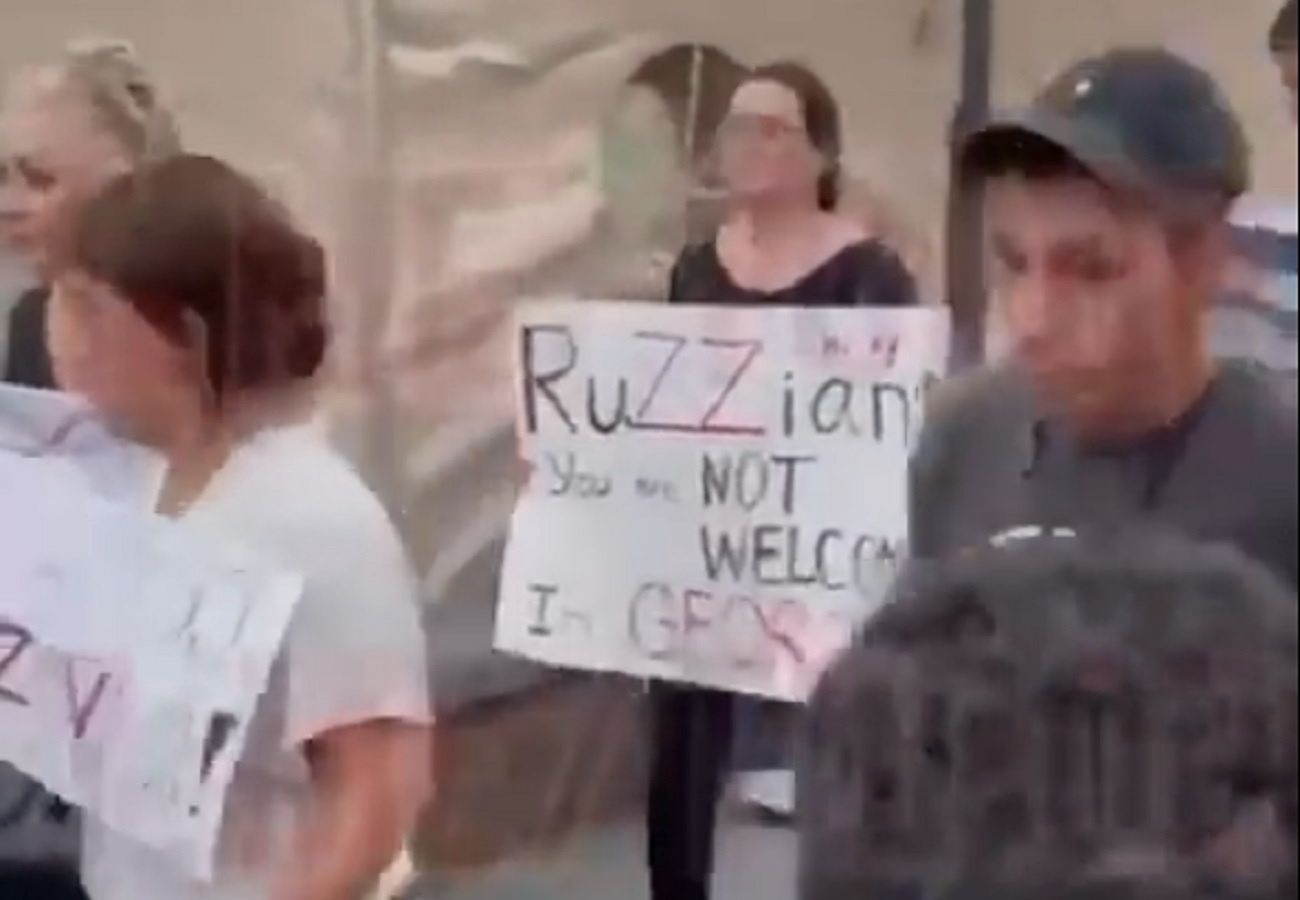 Recently, the media circulated satellite photos showing a long line of cars waiting to leave Russia for Georgia. The queue was about 16 kilometers long, although some emphasize that it could have been much longer.

Photos and videos from the crossing in Wierchni Łars show the waiting Russians. Hundreds of people are heading towards the walkway with suitcases. Several recordings show additional Russian security forces arriving at the border in armored vehicles.

Some Georgians do not like the fact that so many Russians have started to leave their countrywhen mobilization was announced when there had been no mass protests against the war in Ukraine before.

There is a small demonstration at the border crossing under the slogan: “Russians, you are not welcome here. Come home.” But that’s not all, because on the Georgian-Russian border you can also hear loud … Ukrainian songs.

Sure, it’s better to run than kill the Ukrainians. But not as good as overthrowing their fascist authorities, Ukrainian politician Anton Heraszchenko emphasizes on Twitter.

Georgians have not forgiven Russia

The sight of Russians arriving in Georgia is highly controversial. Let us recall that part of Georgia is occupied by Russia. We remind you that in 2008 Russia recognized Abkhazia and South Ossetia as independent states and established diplomatic relations with these entities.

The government in Tbilisi, in turn, like the vast majority of countries in the worldconsiders Abkhazia and South Ossetia to be integral parts of Georgia.

See also: Franciszek is not going to Ukraine. “The Pope does not fully understand this war”