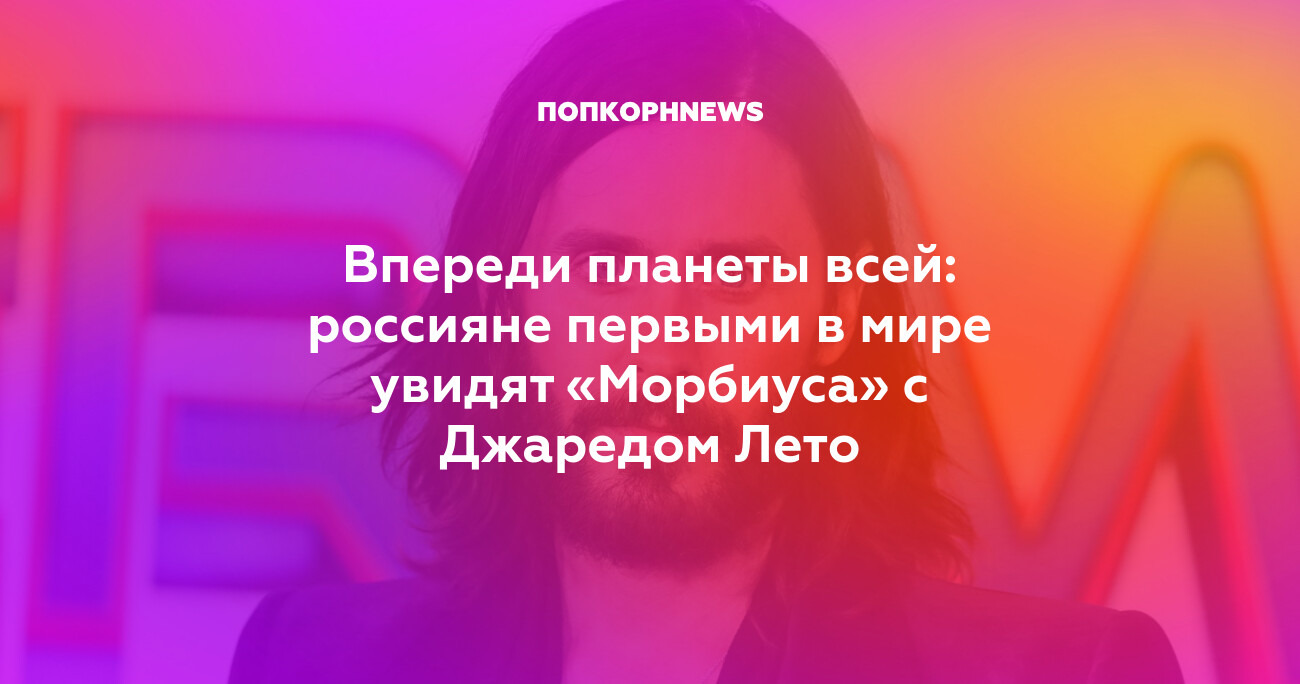 Named the official release date of the film in Russia.

The superhero fantasy Morbius, starring Jared Leto, was supposed to be released in January 2022, but the screening of the film was postponed due to the coronavirus. Now the official release date of the tape in Russia is March 24 of this year, as reported by the division Sony in the Russian Federation.

Film fans in Russia are unlikely to be pleased with the postponement of the release of Morbius, however, perhaps someone will be consoled by the fact that viewers in the Russian Federation will be the first to see the film. In the West, it will be shown on April 1, unless another fiasco occurs. The fact is that the release date of the tape is shifted for the seventh time. And if not for these transfers, then the viewer would have seen “Morbius” on July 10, 2020.

The protagonist of the film is the scientist Michael Morbius. His life is in danger due to illness, and he has to look for a cure. The search led to the fact that he began to mutate, turning into a vampire, and became a new threat to himself due to superpowers.