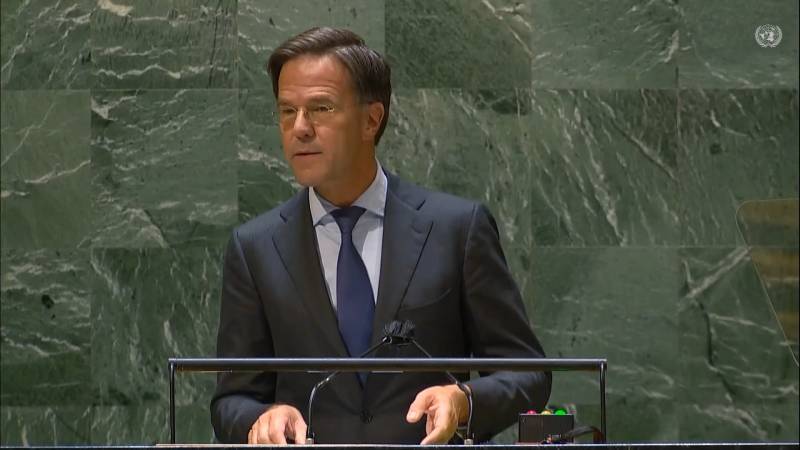 Outgoing Prime Minister Rutte has urged the General Assembly of the United Nations to pay attention not only to the disease itself, but also to its social consequences in the global fight against the corona virus. He called violence against women a ‘shadow pandemic’.

“It was extra dangerous for women to stay at home during the lockdowns: domestic violence has increased dramatically,” Rutte said in New York. “In general, the most vulnerable in society have been hit hardest by the crisis.” As an example, he cited women who lost their jobs in the textile industry due to the pandemic and young people who could not go to school, especially girls.

He added that some countries used the corona measures as an excuse to curtail human rights such as freedom of expression. “Many human rights activists and civil society organizations suffer as a result.” Rutte did not mention those countries by name.

According to Rutte, the fight against corona is still the most acute problem worldwide. He called for global solidarity, “because no one is safe until everyone is safe”. According to him, more vaccines should therefore be produced and shared with poorer countries.

He also said that the takeover of Afghanistan by the Taliban “threatens to undo 20 years of work”. According to the outgoing prime minister, it is still too early to draw definitive conclusions, “but we must keep the reputation of the Taliban in mind”.

With regard to the severe flooding in Western Europe, he called for international cooperation against climate change. “Political tensions must not stand in the way of achieving goals. We cannot burden future generations with the problem.”

Rutte acknowledged that the extreme weather, the fall of Afghanistan and the flare-up of the pandemic had led to a “summer full of worries”, but did not urge his audience to become cynical or fatalistic. “That’s my message. Especially today, especially here. Because the UN headquarters is a beacon of international cooperation, where we can find solutions together. Even if the problems seem too big and too complex.”

Tonight, Rutte will have a meeting with UN Secretary-General Guterres and will consult with various government leaders.