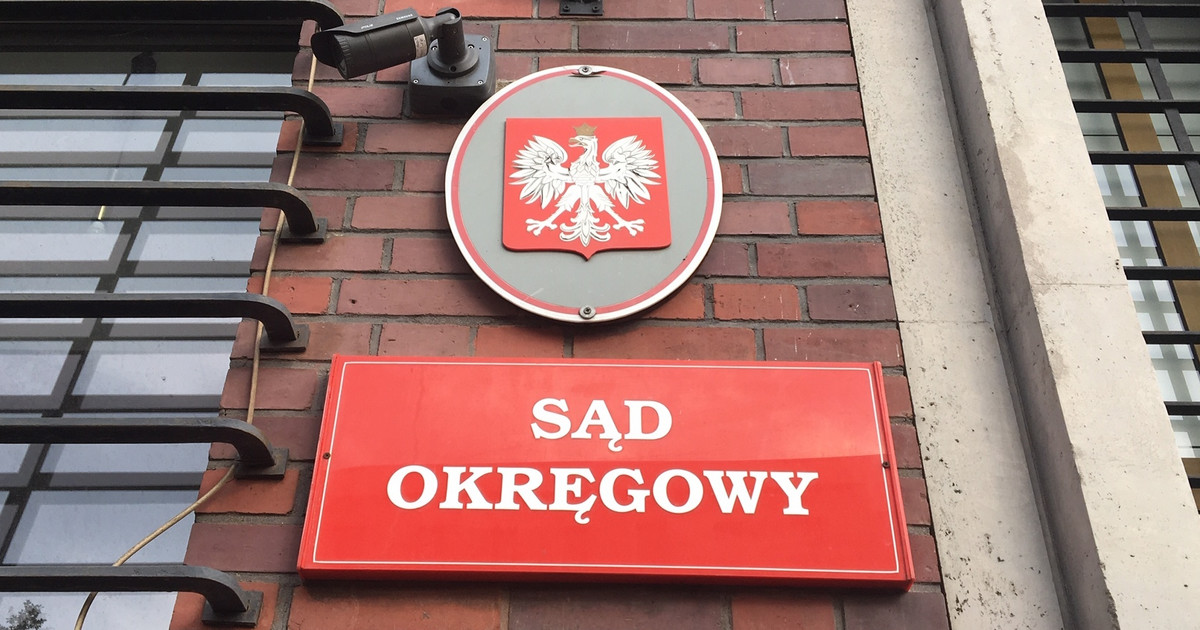 As we read in the article by Ewa Ivanowa, Ryszard P. is a businessman from Rzeszów, legally sentenced to three years in prison for the removal of a multi-million dollar property from Rzeszowskie Zakłady Graficzne. This is his second final conviction. The first was annulled by the Supreme Court, before which the businessman’s cassation was supported by the National Prosecutor’s Office headed by Bogdan Święczkowski, against the position of the prosecutor’s office in Rzeszów. After reconsidering the case, Ryszard P. was acquitted by the Rzeszów appellate court, but the judgment was also quashed by the Supreme Court because a delegated judge adjudicated a defective one.

In turn, Zygmunt P. is a local businessman and brother of Bogusław P., the director of the office of the former PSL MP Jan Bury. Zygmunt P. was legally convicted in the side story of the so-called the Podkarpacie scandal concerning the extortions of subsidies.

In July 2018, Marta and Janusz Półtorakowie, clients of Małgorzata Wojciechowska, the owners of the Millenium Hall shopping mall in Rzeszów, in conflict with Ryszard P. associated with Galeria Rzeszów, received an envelope. Inside there are documents: a copy of a letter to Zbigniew Ziobro from March 2018. Ryszard P.’s attorney, with whom the Półtorak family had several court disputes, asked for his client to meet the minister of justice at “any convenient time”.

Ministry of Justice in the reply sent, “GW” stated that in the matters described by Ryszard P.’s representative, there was never a meeting with P. The ministry’s plenipotentiary spoke with him twice in 2019, but about cases related to bailiff abuse.

Meanwhile, the Półtorak family also found in the envelope a pendrive with recordings of several conversations between Zygmunt P., who had financial problems and was the brother of Jan Bury’s assistant from the PSL, and Ryszard P. whose threads extended all the way to Bury. However, before the prosecutor, Zygmunt P. admitted that he had made up everything.

According to the words of Zygmunt P. and Ryszard P., the Wojciechowski couple was supposed to be the core of the system; judge Tomasz Wojciechowski, former president of the District Court in Rzeszów, and his wife, Małgorzata Wojciechowska. The names of other judges in Rzeszów are also mentioned in the interview, including Marcin Świerk from the Regional Court in Rzeszów, who was present in the panel, who sentenced Ryszard P. in the first instance.

Zygmunt P. argued that “here, in Rzeszow, 75 percent cases are printed “, and Ryszard P.’s problems in courts are faced by the Półtorak family, who” are sure that they will win “, thanks to the fact that their cases are handled by Wojciechowska. Decisions unfavorable for Ryszard P. were reached Zygmunt P. also stated that the couple paid the judge a bribe of at least PLN 1 million, while Ryszard P. suggested that the proceedings against him in Kraków had been settled by Judge Wojciechowski.

The Półtorak family handed over the documents and pendrive to Wojciechowski, who submitted a notification to Zygmunt P. and Ryszard P. regarding the suspicion of defamation, as well as passive and active protection or relying on influence and promising benefits in exchange for settling cases in the courts. The notification was also submitted by the Półtorak family and judge Świerk.

The case was split and referred to various investigators: one thread concerns potential defamation, the other alleging outcomes in the judiciary. The first landed in the District Prosecutor’s Office in Tarnobrzeg, but investigators in October 2018 refused to initiate a case. Despite the complaints, the Regional Prosecutor’s Office in Rzeszów upheld the decision in December 2018. The theme of the suspicion of paid protection in courts was sent to the Silesian Department for Organized Crime and Corruption of the National Public Prosecutor’s Office. It is not known at what stage the investigation is.

More than three years after the notifications of Rzeszów judges, the prosecutor’s office of Ziobro did not clarify the case and did not refer the indictment to the court regarding the claim to influence in the courts. The topic related to the alleged arrangement of Rzeszów judges was “thrown” by the Silesian Branch of the National Prosecutor’s Office to the case of Jan Bury, and thus to the investigation of the Podkarpacie scandal – writes “Wyborcza”.

– I do not know Jan Bury, I have never talked to him or met him. Any stories about my relationship with Bury are nonsense, judge Świerk told “Wyborcza”. Judge Wojciechowski studied law with Bury for one year, but according to interviewees of “GW” they did not have a closer relationship. – Someone thought that now you can easily turn the prosecutor’s office and the services into judges if you connect them with Jan Bury – assessed another interlocutor.

In the thread of citing the influence in the courts of Rzeszów and Kraków, criminal charges have been brought against Zygmunt P. For the time being, the prosecutor’s office believed that Ryszard P. was convinced that in return for money he could get sentences favorable to him. During the interrogations, Zygmunt P. incriminated his interlocutor. He argued that it was his interlocutor who wanted him to talk to his brother Bogusław P., Bury’s assistant, about Ryszard P.’s court cases. He was also to try to convince judge Świerek that the businessman from Rzeszów was innocent. Zygmunt P. admitted to the prosecutor that he had lied to Ryszard P. because he did not know judge Świerek or Wojciechowski, we read.

Ryszard P. does not confess to the alleged acts. Before the court, he explained that he did not want to speak to anyone, and asked the interlocutor about the arrangement, because he felt aggrieved by unfavorable court judgments. He did admit to recording conversations with Zygmunt P. He claimed that his lawyers advised him.