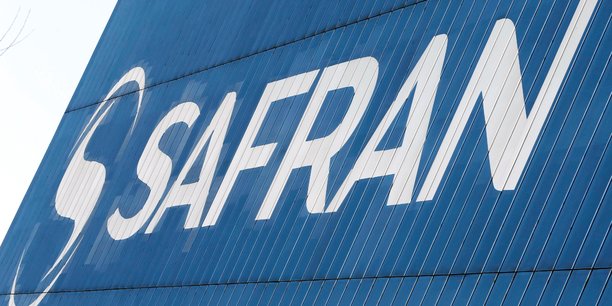 While the use of hydrogen should not materialize for about fifteen years, the solution of sustainable aviation fuels (SAF) is essential as a necessary step to reduce the carbon footprint of air transport. Safran and TotalEnergies are therefore announcing, on September 27, a partnership for “the development and use of these fuels and to acquire a common and comprehensive vision of sectors and uses”.

The two groups have set themselves two objectives: to achieve in the short term a rate of incorporation of SAF in current generation engines of up to 100%, then in the long term to improve the efficiency of “engine / fuel pairs”.

A goal of 100% technologically achievable

No major technological obstacle seems today to oppose the achievement of this first objective. For the moment, aero engines can receive up to 50% of sustainable fuels without technical or regulatory changes (“drop in”). To go up to 100%, reasonable changes are to be expected, in particular to ensure the lubrication of the engine in the absence of kerosene or the sealing of the joints.

These questions will be addressed by the first of the three pillars of the partnership: devoted to “research, technology and innovation”, it should allow the emergence of technological bricks and then their validation by test campaigns on the ground and then in flight. .

TotalEnergies is also already associated with Safran Helicopter Engines, a subsidiary of the Safran group specializing in helicopter engines to have a Makila 2 engine tested with 100% SAF on the bench. This one has been running since the end of August. Safran is also involved alongside Airbus, Dassault Aviation, the Ministry of Transport and Onera in the Volcan project (Flight with new alternative fuels) which should, with the support of the aeronautical recovery plan, lead to the flight of an A320 NEO with an engine supplied only with sustainable fuel

Other actors are in the game. Airbus conducted a similar flight on the A350 earlier this year with Rolls-Royce and sustainable fuels specialist Neste. ATR and the Swedish company Braathens want to do the same next year, with one engine 100% SAF and the other 50%.

Despite the possibilities of incorporating current engines, SAFs represent less than 1% of the air fuel used around the world, as the executive chairman of Airbus Guillaume Faury pointed out during the summit devoted to the exploration of aviation. sustainable September 21 and 22 The main limiting factors are therefore not the technology but the cost and availability of these fuels. This is where the shoe pinches: SAFs are now 5 to 7 times more expensive than conventional kerosene and even when companies are ready to pay, the quantities available are very low.

In fact, aviation players are now passing the buck: airlines complain about cost as well as availability and use very little SAF, energy companies respond that the market is insufficient to increase production and therefore reduce the costs.

The partnership between Safran and TotalEnergies includes a pillar dedicated to production, but within a framework limited to their only cooperation for the moment. It should make it possible to supply SAF to Safran’s aircraft and helicopter engines during their tests in France. These fuels will be produced by TotalEnergies, probably at its sites in La Mède, which must completely free itself from the use of palm oil by 2023, and Grandpuits.

The aviation industry pushes governments to accelerate the energy transition

These two sites should nevertheless gain momentum in the coming years to cover more important needs, in particular those of the airlines. In 2019, Patrick Pouyanné, CEO of the TotalEnergies group, indicated that production for aeronautics in La Mède could reach 100,000 tonnes per year in the long term.

The introduction next year of a mandate to incorporate 1% of SAF on all flights departing from France should stimulate the development of production in France, even if this should only represent a request from the ‘order 80,000 tons. An upward trajectory is also drawn in the medium and long term, with the gradual increase in incorporation mandates within the framework of the European “RefuelEU” initiative: 2% of SAF in 2025 and 5% in 2030, with a final objective of 63% by 2050.

Palm oil: for Total, the “survival” of the La Mède biorefinery is at stake

The third and final pillar of the partnership between Safran and TotalEnergies is called “dialogue and promotion” and will revolve around “awareness-raising actions among public and private actors at national, European and international level. Besides the need to prove to the general public that air transport is making the necessary efforts to decarbonise it, this lobbying component will probably focus on the role of the State in the management of the additional costs linked to sustainable air fuels. Patrick Pouyanné thus declared when signing the partnership: “We are convinced that cooperation from all players in the aviation sector is necessary to achieve the objectives of energy transition towards carbon neutrality”.

Most stakeholders believe that only public authorities are able to cut the Gordian knot between supply and demand for SAF, via a mechanism to finance additional costs or provide financial incentives. In France, the launch of a “roadmap for the deployment of sustainable aeronautical biofuels” in early 2020 raised expectations in this regard, but they remain disappointed for the moment.