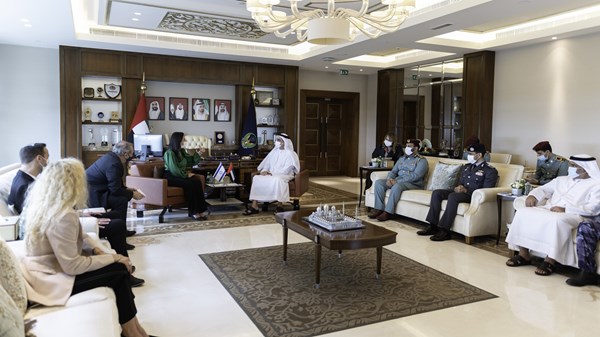 Lieutenant-General Sheikh Saif bin Zayed Al Nahyan, Deputy Prime Minister and Minister of Interior, met in Abu Dhabi with the Israeli Minister of Interior Ayelet Shaked. During the meeting, they discussed a number of issues of common interest, especially in the security and police fields, and ways to enhance cooperation between the two countries in these fields.