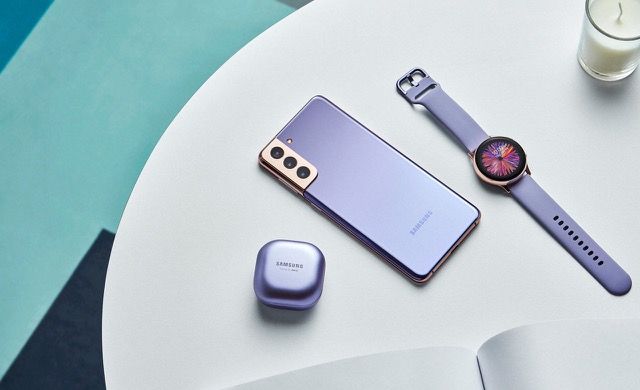 Samsung has unveiled its latest chipset for mobile devices: the Exynos 2200. The processor is developed with a 4nm process and focuses on high-quality gaming performance with the integrated AMD GPU.

According to Samsung, the Exynos 2200 chipset is equipped with a Samsung Xclips video chip, which is based on AMD’s RDNA 2 architecture. The GPU enables ray tracing for the first time on a smartphone.

The chipset will reportedly make its debut in the Samsung Galaxy S22series, unless you live in the United States. There the smartphones possibly equipped with a Snapdragon 8 Gen 1-processor. The rest of the world will receive the updated Exynos chipset.

The Exynos 2200 chipset is equipped with high-quality specs for a smartphone processor. Samsung claims it has enough graphics power to 4Kdisplays at 120Hz and QHD+ displays at 144Hz.

This means we can expect some powerful gaming performance from the latest Samsung smartphones. Mainly because of the possibility of hardware-driven ray tracing.

Samsung also says that the chipset supports LPDDR5 RAM and UFS 3.1 storage. When it comes to gaming, these features ensure fast loading times and smooth multitasking.

This is not only useful for gaming, the photography options also become faster and more reliable with this technology.

When it comes to image processing, not much has changed with the new chipset. It supports 200MP camera sensors and can shoot 108MP continuous at 30fps. In terms of video, the processor supports 4K recording at 120fps and 8K at 30fps with HDR10+-resolution. Video playback is also smoother. Playback of 8K video at 60fps and 4K video at 240fps is possible with the Exynos 2200.

It is important to note that these are only the maximum specs that the new chipset supports, that does not mean that all new Samsung smartphones will inherit this list of features.

The Exynos 2200 is now in the mass production phase. It won’t be long before it can be found in a Galaxy smartphone.