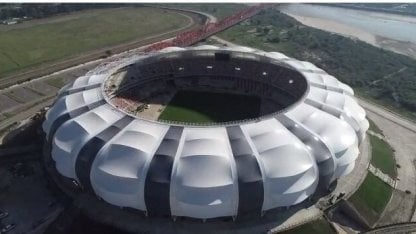 The Government of Santiago del Estero today handed over the works of the Unique Stadium, which will host one of the Copa América games in 2021, although in that city they do not lose the faith of hosting one more game of the oldest continental team competition in the world.

The game between Paraguay and Uruguay at this venue was scheduled for June 30, and 45 days before what would have been the appointment of teams this year, if it had not been postponed for next, this modern stadium of metal and cement with a capacity for around 30 thousand seated spectators, it is already in a condition to be used.

The stage has VIP areas, covered areas for the press, seats and preferential high and low, more than 20 boxes and comfortable popular sectors in the headwaters.

Modern and functional, with four changing rooms, according to current demands, the stage has a large press room for journalism.

The Governor of the province of Santiago del Estero, Gerardo Zamora, was excited to present the stadium and say “mission accomplished” regarding the times and deadlines for the delivery of the work, which will undoubtedly be one of the great stages of the contest continental.

The Copa América now 2021 will be held jointly between Argentina and Colombia, the opening match will be held by Argentina and Chile at the Monumental stadium of River Plate and the tournament will close with the final match to be played at the Roberto Meléndez Metropolitan stadium, of the Colombian city of Barranquilla.

See also  Can be critical on the Germany team-mate Sancho: "He needs to mature' NOW 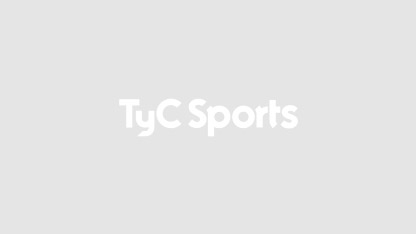