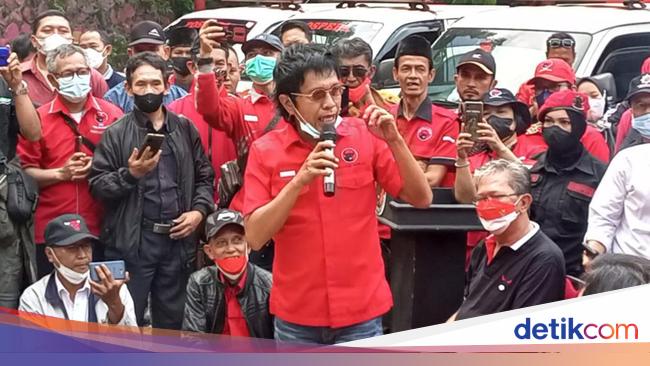 The results of the Indonesian Political Indicators survey show the level of public satisfaction with the performance of the President Joko Widodo (Jokowi) fell 10% after the increase in fuel prices. Member of the Indonesian House of Representatives Adian Napitupulu compared the decline in President Jokowi’s satisfaction level with that of Susilo Bambang Yudhoyono (SBY) in 2013, after increasing fuel prices

“The satisfaction level (Jokowi) was last 62.6%. When compared and the same level of satisfaction in the 2013 SBY period, according to SMRC it was around 55%, if I’m not mistaken. Then, according to LSI, around 35% if I’m not mistaken, but it can be done in the crosscheck,” said Adian in the release of the Indonesian Political Indicators survey, which was broadcast on YouTube, Sunday (18/9/2022).

“This means that, in the period nearing the end of the term of office, if we compare the SBY and Jokowi periods in the midst of rising fuel prices, I see Jokowi’s still high,” he added.

“The SMRC is 55.8% in 2013, the LSI is 35.9%, it’s very low. When compared to head to head like that, Jokowi is still better today, even though Jokowi’s survey was actually conducted 2 days after the fuel price hike,” he said.

See also  "A meeting that I will never forget"

However, Adian still sees weaknesses in the Jokowi government in order to increase fuel prices. He saw the weakness of the Jokowi era, namely the issue of socialization, both regarding the plan to increase it to the Rp 502 trillion subsidized budget that had been disbursed.

“What are the weaknesses? We may not convey these comparisons massively, so that they affect the public opinion surveyed earlier. But it doesn’t matter. In my opinion, then this government will not be able to satisfy everyone,” said Adian.

“At the same time, we may be weak in conveying that, for example, Rp 502 trillion is the total energy subsidy, which includes gas subsidies, electricity, including fuel,” he added.