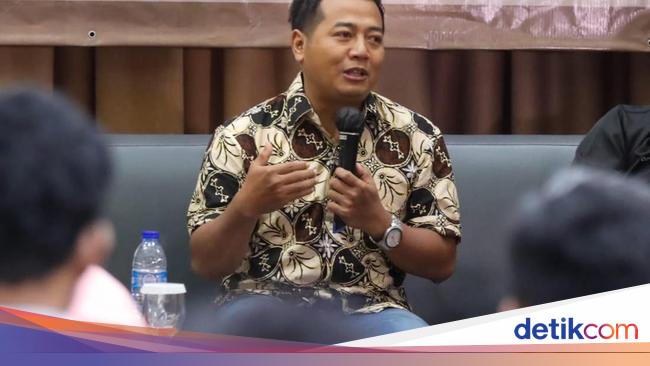 The Executive Director of Indonesian Political Parameters Adi Prayitno assessed that criticism from the Chair of the Democratic Party’s Upper House, Susilo Bambang Yudhoyono (SBY) regarding the alleged election fraud in 2024 would backfire for the party. According to him, the criticism is still an assumption and cannot be proven.

“So, actually this kind of criticism is a natural thing in our politics, but if there are no strong data and arguments, it will be a pretty extraordinary blunder,” Adi said in a written statement, Saturday (25/9/2022).

He conveyed this in the national seminar ‘War of Infrastructure Claims and Accusations of Cheating 2024 Elections’ in Central Jakarta, Saturday (24/9). On that occasion, he revealed that electoral fraud in the SBY government had even occurred in 2009.

This, continued Adi, was evidenced by the issue of the Permanent Voter List (DPT), where many people were not registered as voters during the presidential election contestation. This evidence is reinforced by statements of attitudes and petitions signed by opposition parties, Non-Governmental Organizations (NGOs) and democracy activists regarding the fraud.

“There are 45 million people who do not use their voting rights and even fail to exercise their right to vote because of the DPT issue. The 2009 election is considered a failure, because it is alleged that there was a game in the number of DPT which then eliminated so many voting rights,” he explained.

Adi also highlighted the statement from the Democratic Chairperson Agus Harimurti Yudhoyono who claimed that 70-80% of development in the Joko Widodo era was the result of his father’s performance. According to him, the claim is not based on data and is misguided.

“For example, the length of the toll road is uneven, everyone knows enough, moreover there are Trans Java, Trans Sumatra and Trans Papua roads, yes, they were completed under Jokowi’s era,” he said.

“Everyone also knows that during Jokowi’s era there were far more airports than SBY’s, and the construction of railroads, dams and others are variables that actually do not need experts to explain them all,” added Adi.

On the other hand, former Democrat party cadre Gede Pasek Suardika said that SBY’s accusation of cheating in the 2024 election had a political motive. According to him, in terms of parameters, SBY assesses that if his son does not become a presidential or vice presidential candidate, there will be fraud in the upcoming 2024 presidential election.

“The measurable parameters must be proven juridically. This is the context that was conveyed about the possibility of their child’s failure to become a presidential-vice presidential candidate, especially when the public reads about it,” he said.

Gede Pasek also considered that AHY’s figure as a figure in the 2024 presidential election was not strong enough. He said AHY did not have sufficient flying hours to lead a country.

In addition, he assessed that AHY’s electability for now is still very low. This is in line with the 2017 DKI Jakarta Regional Head Election (Pilkada) contestation where AHY’s vote acquisition was still in third place at that time.

“Because Mas AHY has never been involved, especially the electoral skills of Mas AHY in DKI number 3. So it can’t be sold, so someone else has to sell it,” he said.