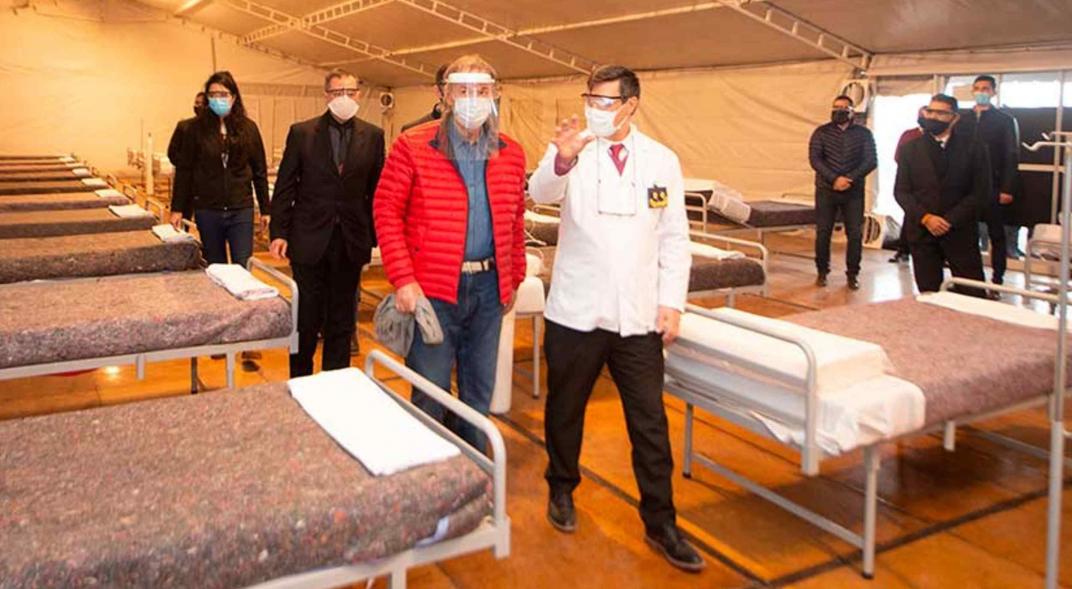 The week that is ending will not be one more in the almanac of the Provincial Government, nor in Juan Schiaretti’s. The last days are leaving a mark that will mark this initial stage of what will be, most likely, his last administration at the helm of the Executive.

The delayed adjustment in the Retirement Fund took place in the midst of a strangely calm scenario, brought about by the restrictions imposed by the quarantine and by the backward movement of the flexibility provided by the COE in the Capital.

The opposition criticism was within the expected minimum and reasonable costs. The balance indoors in the Honeycomb is “satisfactory”.

In a handful of hours, Schiaretti imposed a cut of 6,500 million pesos for the system that will have an impact in the short term, but also executed a snip that will have effects in the future.

The measure will affect a portion of retirees and pensioners (those who receive the most and will continue to be among the best payments in the country).

At the other extreme (the one that the governor and his team are following with concern), the new law approved expressly in the Unicameral with only the votes of the ruling party will alleviate in almost a third the assistance that the Retirement Fund demands from the provincial Treasury. for the rest of 2020.

Schiaretti had spoken with the main opposition leaders that “important” reforms would come in the short term. He did not elaborate on the details, but he did inform radicals Ramón Mestre and Mario Negri of what he had in mind.

It was at that meeting that was held on Tuesday, April 21 in the main office of the Honeycomb and that an attempt was made to keep it secret.

The week of the provincial government aims to end much better than how it started. On Monday, Córdoba made national news again when it decided to step back in its quarantine opening phase to mitigate the spread of Covid-19.

Although with far fewer positive cases, the Cordovan capital was equaled with the Autonomous City of Buenos Aires and with the Buenos Aires metropolitan area as the main focus of the pandemic.

An outbreak of cases in the Mercado Norte area sparked alerts from sanitarians. The recommendation was to immediately backtrack. The explanations of the false step were faced by the Minister of Health, Diego Cardozo. The Government knew that the opening arranged on Monday, May 11 would have marches and countermarches, but did not think that they would be immediate.

Social discontent, for the first time since confinement was established on March 20, pointed against the provincial Executive and against the Municipality of Córdoba. The commercial sector seemed to return to live with the partial return of activity, but the decline after just a week of weak sales was a blow. The criticism was not long in coming, and Schiaretti was the target of most of them.

“We want the governor to show his face, we want to speak urgently to him,” thundered the claim.

Hours later, the governor’s reappearance was not accidental in an act that took place in the Honeycomb on Tuesday. A full week had passed since his last public appearance, and at the Civic Center they understood that it was necessary to show the governor with the reins in control of the complex situation.

For a few days, Lieutenant Governor Manuel Calvo had centralized the role of communicating official decisions.

“‘El Gringo’ came out to show his face. There are times when people no longer have enough with the area minister, they need to see and hear the main authority,” acknowledges a member of the president’s close circle.

In the Civic Center they claim to have surveys that show that citizen support for managing the crisis is around “80 percent”.

“You have to take care of that as if it were gold. You have to preserve the governor from the sandpaper,” he proclaims within the power, where it is known that the officials will pay high costs if the health situation gets out of control. Also, if the decisions to face the exit from the quarantine are erratic.

In the Honeycomb they assure that “the worst” of the pandemic “is yet to come”. In the Municipality, those who share hours with Mayor Martín Llaryora say they hear the same from the highest authority in the capital.

“The cold weather is starting; this is just beginning,” they say, preparing for complex weeks at the Palacio 6 de Julio, where the conflict with Suoem over the cut in hours and wages worsens the picture.

After appearing active for a few hours on the presidential agenda, by mutual agreement, officials from Alberto Fernández and Schiaretti decided that this was not the right time for a presidential visit to Córdoba.

The arrival of the head of state was to take place this Thursday. Córdoba was the first point on the itinerary that took the President to Santiago del Estero and Tucumán.

The backward movement of the relaxation of the quarantine and the retirement cut just made by the provincial Peronism in the Unicameral configured an unfavorable scenario to show the Fernández-Schiaretti political photo.

Visit. The President was in Santiago del Estero on Thursday. On that same tour he planned to go through Córdoba. (Presidency)

Meanwhile, in the Honeycomb, the derivations and implications that the renegotiation of the Cordovan debt could have on default technician in which the country enters for failing to pay 503 million dollars without having reached an agreement with its external creditors.

“We have a fairly advanced proposal, but we will wait for the Nation to resolve its external front. We make that commitment, which is also a political gesture,” they say, close to a Schiaretti aligned as never before with the decisions of the national government.

Exclusive information and the best analysis, Mondays in your email.