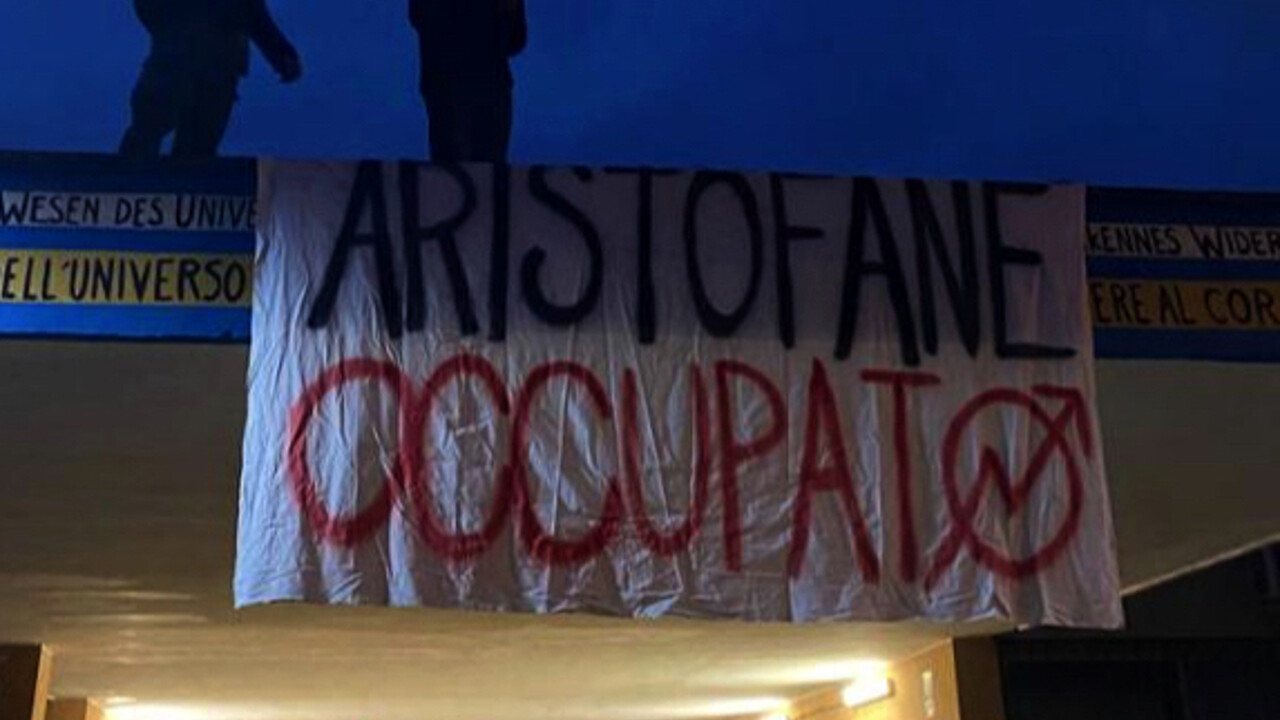 The week begins with a wave of occupations in various high schools in Rome, particularly in the Montesacro area: the students of Orazio, Aristofane, Archimede-Pacinotti and Nomentano together “took possession” of their respective institutes in the early hours of dawn, swelling the ranks of schools occupied from the beginning of October to today. Vittoria Colonna at Rione Regola has also joined his more peripheral colleagues. We therefore reached twelve in exactly a month and a half.

Specifically, from Orazio they let it be known that at the moment about 300 pupils have occupied the courtyard of the high school of Talenti, ready to enter the school as well: “We want to extend the protest to the teaching staff – a representative said -. Our lecture hall is in disastrous conditions, the water is leaking. But we are not angry with the manager, it is a problem of the institutions. We want to hold the assemblies face to face, it is our right “. By Archimede-Pacinotti, all three offices that make up the institute are occupied: via Montaione, via Pasquariello and via Vaglia. “We are dealing with the head teacher and the police” inform the occupants. In the meantime, the program of activities is already ready at least until Wednesday: sex education, screening of the film “Odio”, videomaking and photography courses, volleyball matches.

The claims of the Montesacro platform

“We have decided to occupy our schools to challenge the management of Italian public education in recent years and to propose a school suitable for students, open, safe, accessible and inclusive, which knows how to listen to us, train us and support us”. Thus opens the joint communiqué of the four high schools of Municipio III which at the same time they decided to occupy today. “The pandemic has highlighted the profound shortcomings of public education – continues the claim -, as well as having fueled the sense of uncertainty about the future and daily stress and has further questioned the school as a social safety net of inequalities”.

The occupants also cite a very worrying data, regarding the rate of early school leaving in Italy: only in 2020, as noted by the Cgia (the general confederation of crafts), 543,000 young people quit immediately after middle school. “Despite this and many other disturbing data – they denounce – we are still left at the bottom of the list of priorities, even if for years we have been fighting to make our voices heard and to carry out our requests. The hour of formal requests is over. , it is time to demand, because there cannot be a bright future for a country that obsessively thinks about today without worrying about tomorrow “.

More investments in school buildings, in digitalization, in the increase of staff “with the money of the NRP” and “a school also open in the afternoon, which provides spaces for socializing, study, extra-curricular courses, sport and the music”. And again: the fight against discrimination and violence, the establishment of free listening desks and psychological support “in collaboration with the anti-violence centers of our territory”. Furthermore, among the needs reported in the communiqué the occupants of the 4 high schools of Montesacro there is also that of a “revolution in the system of evaluations and rejection, which mostly devalues ​​the student and binds him to a number, not taking into account the path , the difficulties and the different starting points between student and student, making the school a place for the reproduction of social inequalities “.

“We have taken back our spaces and we will try to build and implement in a self-organized way an alternative to the school that we know, live and go through every day – concludes the note -. In these days the schools are truly ours and of all. all”.

Pratelli: “I will collect the voice of the students”

In the morning the councilor at the Scuola di Roma Capitale, former councilor in Municipio III, wrote a post on Facebook following the wave of occupations: “There is a student movement that crosses the city that asks decisive questions on the model of development, on the quality of the school and which sheds a light on new needs and frailties – his words -, such as that of mental health. of these years of pandemic “.