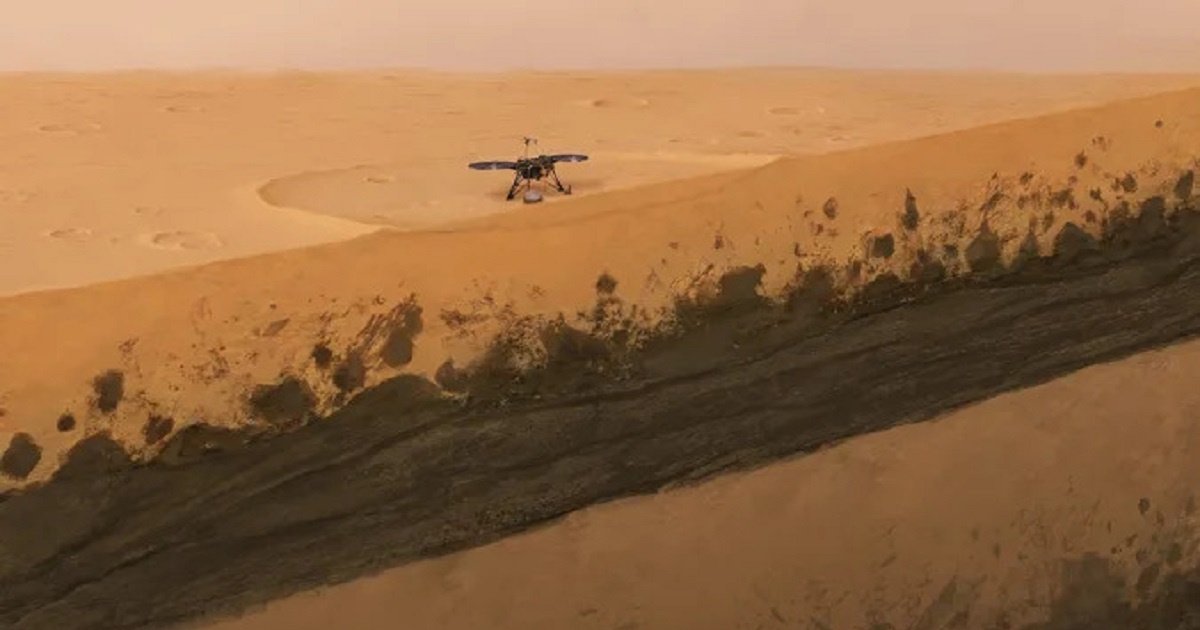 It turned out that the first three meters from above are composed of sand. Next 20 meters — it is loose material, in particular, volcanic rock, shattered by impacts of meteorites. Beneath this sand and rocks are lava flows separated by sediments that formed when the planet’s climate changed. – it became drier and colder. About it writes Engadget.

Researchers believe that the uppermost lava flows formed about 1.7 billion years ago, and the deepest — 3.6 billion years ago. Then there was a period on the planet characterized by bOmore volcanic activity.

Interestingly, new information was obtained, including through the analysis of noise on the planet (in the absence of earthquakes). This data was collected by a seismometer installed on the InSight. On Earth, similar ambient seismic noise is generated by the ocean, human activities and winds, but on Mars, only the latter factor is present.

Previously “Shrewd» NASA vehicle uncovered the structure of the crust of the Red Planet. It turned out that it consists of several layers – thinner than previously expected. In particular, at the location of the device, the thickness of the first layer was only 8 kilometers, while the second – 20. Scientists suggest that the crust of Mars may have a third layer, the boundary of which is at a depth of about 39 kilometers. On average, the thickness of the planet’s upper shell varies from 24 to 72 kilometers.

Find out who explored Mars before Perseverance in our special material.

A fish? Face? A female silhouette? .. Where did all this come from on Mars? Find out what netizens saw in the images of the Red Planet