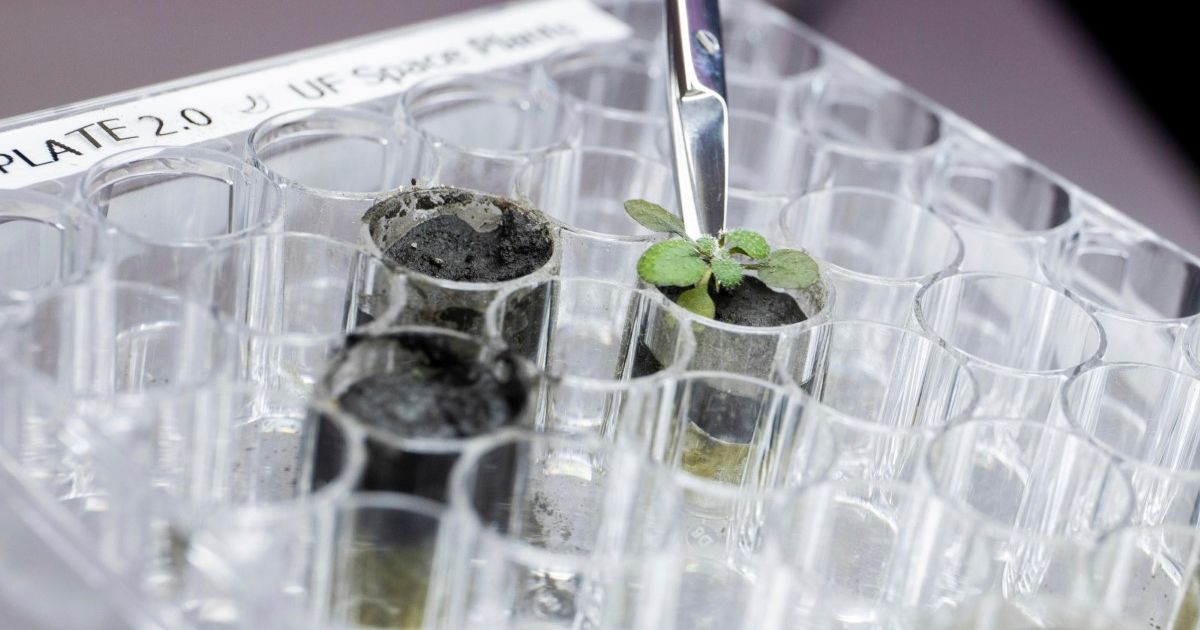 Florida researchers have tried growing plants using soil samples from the moon, and it works!

In order to consider long-term missions in space, whether on the Moon, on Mars, or why not to more distant destinations, scientists must face many major problems and in particular the survival of the spacecraft. ‘crew.

If technological advances make it possible to protect astronauts quite effectively from radiation, there remain the elementary questions of air, water and food. As for water, astronauts can recover it in the form of ice directly on site (at the bottom of a lunar crater or even on Mars). For oxygen, studies are underway to be able to use the resources available on site to produce it. But what about food?

To carry out this experiment, scientists from the University of Florida convinced NASA to provide them with samples of regolith taken directly from the Moon. They then planted the seeds of a robust plant, Arabidopsis, to observe the result.

For comparison, they also planted similar seeds in classic soil and in a volcanic ash substrate used to simulate lunar soil.

On the second day, the first shoots appeared to the delight of scientists. However, after six days it became clear that the plants were not as healthy as those in the control samples. Roots and some leaves were stunted, others also showed reddish pigmentation.

After 20 days, the scientists ground the plans to study their RNA (a nucleic acid that has structural similarities to DNA). It turned out that the plants had indeed been stressed and had reacted in the same way as if they had been placed in other harsh environments such as soil rich in salt or heavy metals.

Scientists will also make a second attempt to test whether the first seedlings somehow conditioned the lunar material to facilitate subsequent sprouts.

Alongside this experiment, astronauts on the ISS are also experimenting with ways to grow edible plants off Earth. Perhaps one day, these experiments will allow a scientist isolated on another planet (for example Mars?) to survive while waiting for the arrival of a rescue team.