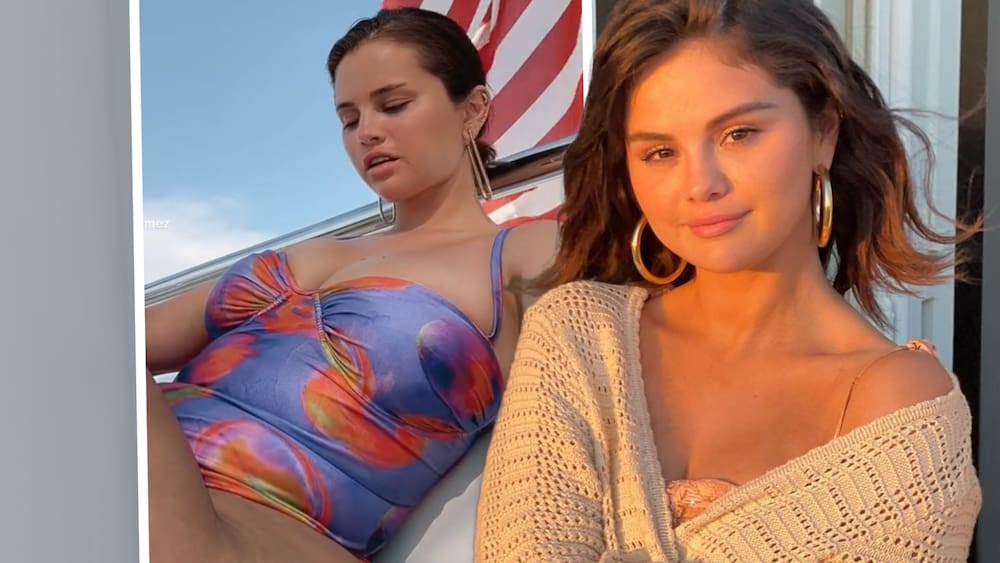 “I don’t collect anything, dammit”

Selena Gomez shows off her tummy

A flat stomach and a perfect body – Selena Gomez doesn’t think much of that. The singer shows what she really looks like on Tiktok and uses it to fight for body positivity.

Selena Gomez (30) defies beauty standards: In a new video on Tiktok, the singer proudly shows that she loves every part of her body, even if it doesn’t correspond to the supposedly perfect ideal.

In the short clip, the musician sits relaxed in a bathing suit. The fact that her stomach bulges a little doesn’t bother her, as she makes clear in the video. She put a soundtrack over the recording. First someone can be heard telling her to suck in her stomach. The answer, which Gomez lip-synched with, follows promptly: “I’m not getting anything, damn it! Real bellies bloody well come back, okay?” She lovingly strokes the middle of her body.

The former Disney star has long championed body positivity. At the beginning of the year she photographed herself at the fast food feast and made it clear that she didn’t give slanderers and haters a chance: “Bitch, I’m perfect the way I am.” She later announced on Tiktok that she had stopped watching her weight: “No matter how heavy or light I am, someone will always say something negative about my body. ‹You are too thin› or ‹You are too fat!›. The moral of the story is that I’m perfect.”

The fact that her weight is constantly changing is due Gomez’s autoimmune disease lupus. «It is because of the medicine that I have to take until the end of my life. It’s an up and down with the weight,” she said last year.

In April, she revealed in a TV interview with “Good Morning America” ​​that she had not been on any social media platform in four years so as not to have to read comments about herself: “Stopping using the internet, changed my life. I’m happier and more alert. I can relate to people better and I feel normal.” Meanwhile, Gomez is back online to help other people who are struggling with similar physical and mental issues — she also suffers from bipolar disorder — as her. (cth/bsn)