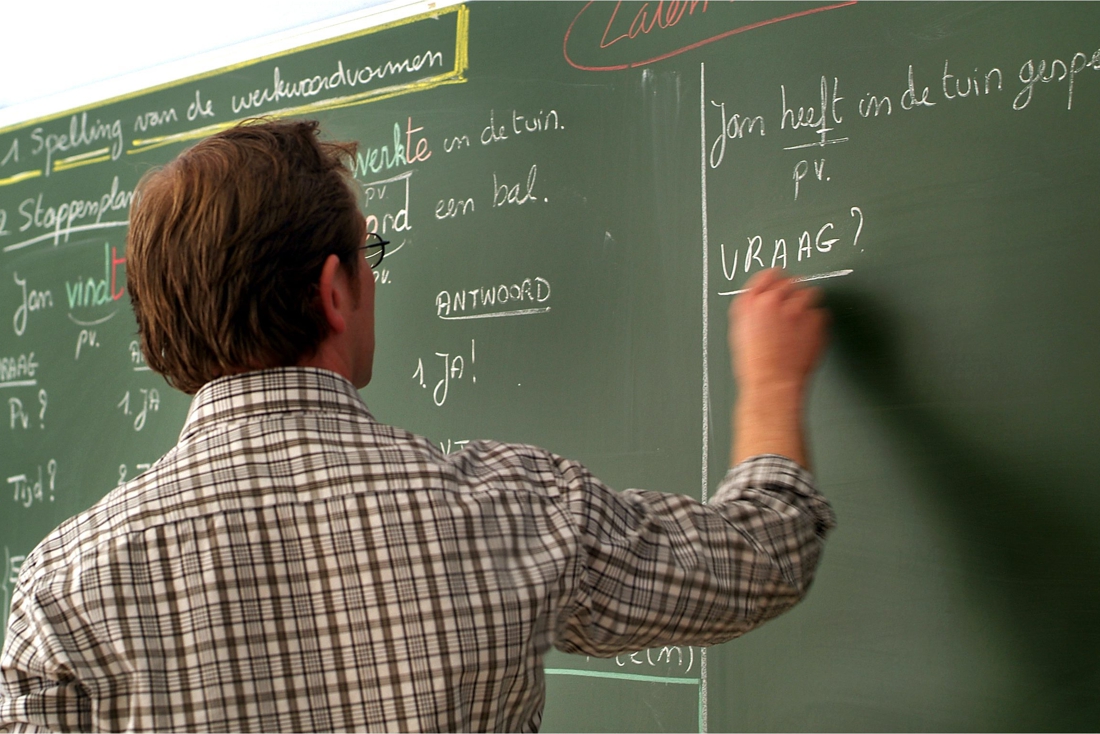 As of this school year, every student from the fifth year of primary education will have their own laptop or an equivalent ICT device at their disposal. Schools will receive resources for ICT materials for teachers and there will be a strong status for the ICT coordinator at all levels of education. These measures will be taken in the context of the Digisprong. Flemish Minister of Education Ben Weyts is convinced that the Digisprong will enhance the quality of education. For example, teachers will be able to differentiate better. “Weaker students can be guided more tailor-made, stronger students can be challenged more with, for example, extra exercises”, is the reasoning.

This school year, new attainment targets and approved curricula will come into effect in the third secondary school. There was still uncertainty about this for a long time, since the educational umbrella organization Catholic Education Flanders had gone to the Constitutional Court in February to have the attainment targets destroyed. At the end of July, the Court already rejected the claim for suspension. However, it still has to rule on the appeals for annulment of the attainment targets. This means that the final objectives for the second stage of secondary education can start on 1 September, but that they have not yet been definitively confirmed.

Although the final objectives were not clear until the end of July, according to the umbrella organisations, there were no major organizational problems in schools.

Furthermore, all children in the third kindergarten are also obliged to take a language test. The so-called KOALA test must take place between October 10 and November 30. The schools can schedule the moment themselves and, for example, also choose to test the oldest toddlers in mid-October and the youngest toddlers only at the end of November. The dates have been chosen so that the children have time to catch up after the summer holidays, but there is also enough time left in the school year to catch up with students with a language deficiency.

If the backlog at the end of kindergarten turns out to be too great, the class council can advise postponing the transition to primary school. If parents ignore this advice, the child will be given a language integration program in the first year. In principle, this concerns a language bathing class, or a fully-fledged alternative.

Also new this year is that the rules are changing for teachers who want to apply for a permanent appointment. Teachers can already see a permanent appointment after 290 days – in practice a full school year – and can be effectively appointed permanently after 360 days. Until now, this was only possible after 690 days. Motivated starters will also have more opportunities for permanent appointments, because schools will write vacant declarations much more quickly.

The evaluation procedure is also being adjusted. For example, beginning teachers are assessed at the end of each school year, so that they know what their points of improvement are. This way they know after a maximum of 3 years whether they really have a future in education.

The evaluation procedure for tenured teachers will also be tightened up. The obligation to evaluate every member of staff at least every 4 years is no longer valid. Schools will be able to focus the evaluations on staff members who are no longer performing well. On the basis of this evaluation, the management can proceed much more quickly to a personal coaching program of 120 days. If such a coaching process is unsuccessful twice and if the shortcomings persist, a staff member can be fired. All other staff members only need to organize an (informal) performance review on a regular basis.

Finally, we are looking forward to the new collective labor agreement (CLA) in education. The draft version has been ready since the end of July, but the educational partners first presented the text to their supporters. Among other things, there will be extra support for directors and their wages will increase. Measures will be taken for teachers to reduce the workload.

The teacher shortage is not new, but the problem seems to be getting more urgent. The consequences are enormous. There are larger classes and principals or people without the right diploma are placed in front of the class. This has consequences for the quality of education. In addition, extra hands are needed to tackle the learning delay caused by the corona crisis. Additional resources will then be made available, but there must also be candidates for this. That’s where the shoe pinches.

Several balloons have already gone up with proposals to tackle the problem. Catholic Education Flanders and Community Education GO! agree that a teacher’s assignment should not be expressed in class hours, but in an annual assignment. Then see what the qualities are within that team and divide the tasks in that way, is the reasoning.

Also to get off are possible this school year, but for secondary education the rules that apply in the rest of society apply outside the classroom. So, for example, there is a mouth mask obligation on the playground if no distance can be respected. Furthermore, students should not wear a mouth mask during sports activities.

This school year, schools can still apply for resources within the framework of the Bijsprong to students who empty contract incurred by assisting the pandemic.