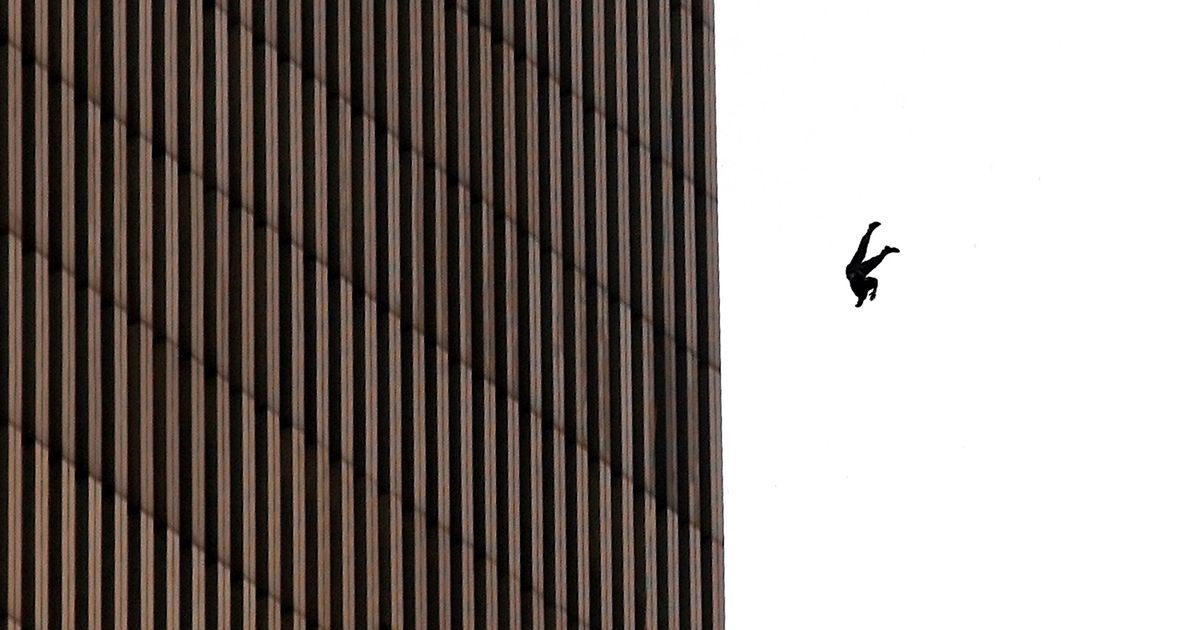 Today is the day in which, for years, we have been telling each other where we were and what we were doing that 11 September (by now we know this of all relatives, acquaintances and anyone with a social account), yet the correct question is where we are and what we are doing today, and if we understood that it was a small end of the world, and that it was only the beginning, of many ends of the worlds (and of the unclean).

It also comes to mind how extraordinary and bastard the power of images is: the man who falls (the shirt off, the ankle boot untied, the question I ask myself every time: what do you think, in that time that we illusively share, so dilated that come this far?), the rain of ashes, the gash of the city and the painted wall of the West, all that set the status of victims. True, but not exhaustive.

How – I know it seems an infamous comparison, but it is not a comparison and it is not even so infamous – the US soldier who cradles the little Afghan: what kindness, what a care for such an unfortunate population! Yes, so unfortunate that it has been militarily occupied for 20 years out of pure generosity and to build stable wells and refineries of democracy, after having found and handed over the ferocious attackers to history. They weren’t there, in fact.

And the man who falls – I checked, he never stops falling, every time he starts again and falls as if from the heart – is twice mocked, because he is certainly a victim, but he is certainly, innocently part of a guilty system, which thousands and thousands of men dropped from thousands and thousands of towers, only lower and not in worldview. Up to those who fell from planes fleeing Kabul, leaving incomplete, dilapidated, non-existent wells and refineries of democracy.

See also  One of the richest men in the Czech Republic cleans up. Superholding is created

Today it is full of men, but above all of women who fall (even in a lot of places that for some reason we consider respectable and Renaissance), fall for floors and floors so as to seem motionless, and we see them fall, and – also we victims and accomplices – immobile, we fall a little with them.

We’ve been falling for a long time. Who knows what noise it makes when you get to the bottom.