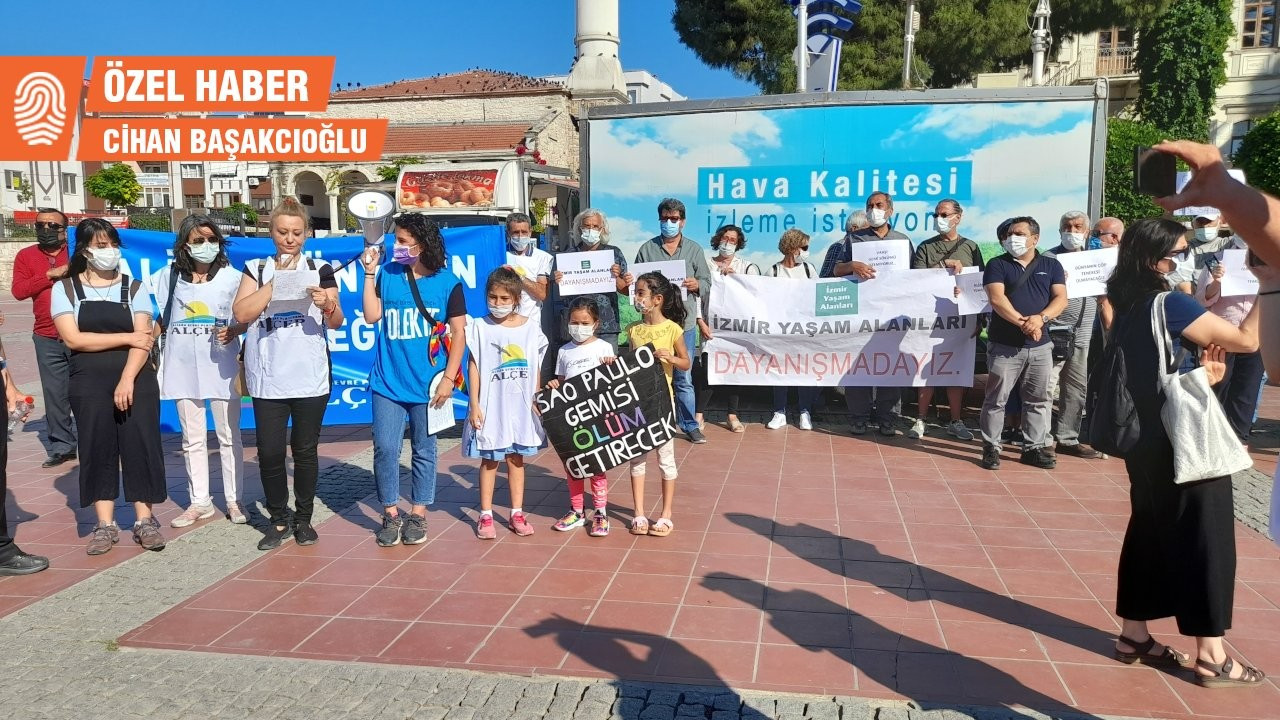 İZMİR – On September 26, Mesothelioma Awareness Day, which is being held for the 17th time in the world this year, hundreds of thousands of mesothelioma, that is, pleural cancer patients, are fighting for their lives. Mesothelioma, which is frequently seen in our country in recent years, is a tumor originating from the membranes called pleura, pericardium and peritoneum surrounding the lungs, heart and abdominal organs, respectively. The most important known risk factor for mesothelioma is exposure to asbestos, which has been on the agenda from building demolitions to ship dismantling in Turkey recently.

“Asbestos”, which is defined as the 1st group cause of cancer by the World Health Organization, continues to be used under the name “asbestos” in many areas in Turkey. If adequate protection measures are not taken in the area exposed to asbestos, airborne fibrous particles enter the lungs through respiration and migrate to the lung membrane, causing pleural cancer (mesothelioma).

The following statements were included in the statement made by the Turkish Asbestos Victims Group on social media:

See also  Messi loses 100,000 euros a day for not renewing his contract with Barcelona

“Mesothelioma Awareness Day, which took place for the 17th time in the world this year, has unfortunately never been mentioned in our country until now. This year, we want asbestos victims to be commemorated in our country as well. Mesothelioma is the lung cancer that occurs by inhaling asbestos. In September, mesothelioma and all other asbestos It is the month of raising awareness to eliminate diseases caused by human diseases, remembering our loved ones and taking action to prevent asbestos exposure. Asbestos-related diseases such as mesothelioma can be prevented almost 100%. The first step towards prevention is education. Therefore, we invite you to support us to raise awareness. September 26 Mesothelioma “You can wear a blue outfit or wear a blue ribbon on your collar in memory of the victims of asbestos. Asbestos not only takes the lives of sick people, but also causes great suffering to their loved ones.”

‘HE WAS EXPOSED TO ASBETES AS A CHILD’

Asbestos victim Yıldız, who drew attention to the first emergence of the disease, said, “The symptom of the disease started from my father’s legs. Pain is more common in the upper region. Suddenly his knees started to hurt. We thought it was rheumatism. He first went to the health center, then to a slightly larger clinic, and was recommended to go to a full-fledged hospital. Mesothelioma is not an easily diagnosed disease. It finally came out after a CT scan. My father was exposed to asbestos when he was a child in Malatya. Doctors also said he was exposed as a child. He was caught in the fourth stage of the disease and they did not have any life.

‘THE DISEASE IS PROGRESSING FAST’

Stating that he had a 19-month treatment period and his father passed away, Yıldız said, “Chemotherapy and radiotherapy were administered. But the pain was always tried to be stopped with morphine-derived drugs. He had very severe pain. The next parts are more palliative treatment,” he said. Stating that the disease is progressing at an incredible speed, Yıldız said, “When he gets up one morning, he cannot walk anymore. When he wakes up one morning, he has another pain. The next day, the potassium level in the blood rises. We spent almost every day in the hospital. There are many types of cancer, but this disease is terrible. “No one should live,” he said.

Stating that patients’ relatives are also experiencing difficult times, Yıldız said, “The situation is very bad not only for the patients but also for their relatives. We are meeting with a patient relative. The woman knows that her husband will die, but there is nothing we can do. Imagine that you know that your patient will die and you live like that. No treatment. The existing treatment is aimed at prolonging the life span a little more,” he said.

Stating that he is an environmental engineer, Yıldız stated that people experience this disease because of the negligence of the authorities. Stating that asbestos exposure in cities has reached dangerous levels, especially due to demolitions, Yıldız finally said:

“There is environmental exposure yes, there are shipbreaking yards. But exposure in cities is now much more dangerous. A total of 7 million buildings are being demolished and this will take years. For years, we will continue to breathe, increasing day by day. Today, we say that a 5-year-old child should not have cancer at the age of 20. Authorities obey laws and regulations. At the moment, the ministry has thrown the ball to the municipalities. There are reports from municipalities that all buildings are free of asbestos, and demolitions are carried out without taking any precautions. My father went through this at 67, my son is 10 and we are not going to let him get cancer at 25. I don’t want my son to experience the helplessness that my father went through.”

See also  Coronavirus in Belgium - Review of the day: here are the figures