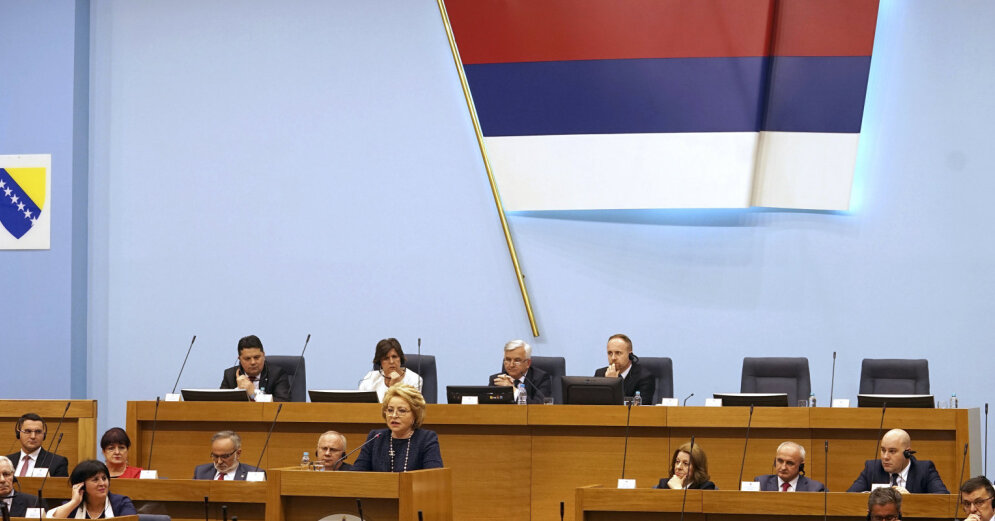 Serbian political representatives in Bosnia and Herzegovina have announced a boycott of all major state institutions in connection with the decision of the United Nations (UN) High Representative in Bosnia to ban the denial of genocide, Radio Free Europe / Radio Freedom (RFE / RL) reports.

The Dayton Peace Agreement, which helped bring about the bloody conflict in Bosnia and Herzegovina in the 1990s, provides that the two constituent units, a Muslim-Croat federation and a Serb-dominated Bosnian Serb Republic, are united by a central nationwide institutions.

The move by Serbian politicians is a response to the amendments to the Bosnian Penal Code introduced on 23 July by Valentin Inzko, the highest international envoy to Bosnia, who oversees the implementation of the peace agreement. The amendments prohibit the denial of genocide, crimes against humanity and war crimes, and introduce prison sentences of up to five years for those who deny genocide and for glorifying any war criminals.

The decision immediately sparked a strong reaction from Bosnian Serb leader Milorad Dodik, a Serb member of the Bosnian joint presidency, and he reiterated his opposition to the decision on Monday. “We will not live in a country where someone can apply the law simply by posting it on their website,” Dodik said.

Dodik said over the weekend that Inzko’s decision should serve as the final push to separate Bosnian Serb lands from the rest of the country. The Bosnian Serb leader also reiterated that the Srebrenica genocide in 1995, in which Bosnian Serb forces killed some 8,000 Muslim men and boys, “did not happen.” The massacre has been considered genocide in various judgments of both the International Criminal Tribunal for the Former Yugoslavia (ICTY) and the International Court of Justice (ICJ).