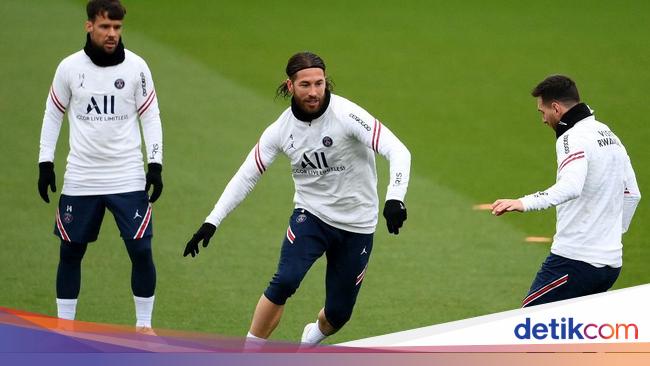 After years of being rivals in the field, Sergio Ramos and Lionel Messi finally playing together at Paris Saint Germain. This is Ramos’ impression of Messi.

Ramos and Messi both moved to PSG last summer. However, Ramos had to wait a little longer to make his debut due to injury.

Ramos finally played his first game with PSG last night. The 35-year-old defender played the full game in PSG’s 3-1 win at St. Etienne at the Stade Geoffroy-Guichard in the continuation of Ligue 1, Sunday (28/11/2021) evening WIB.

Lionel Messi also featured for 90 minutes in that match. The Argentine star stood out by contributing three assists.

This is the first time that Sergio Ramos and Lionel Messi have played together on the same team. The former Real Madrid defender gave his praise for Messi.

“He’s in great shape, and I think he’s a player who really makes the difference,” Ramos told ESPN about Messi.

“He’s a unique player and it’s a privilege to have him in the team.”

“I think little by little, we will bring our qualities to make PSG even greater and achieve the things we want,” added Ramos.