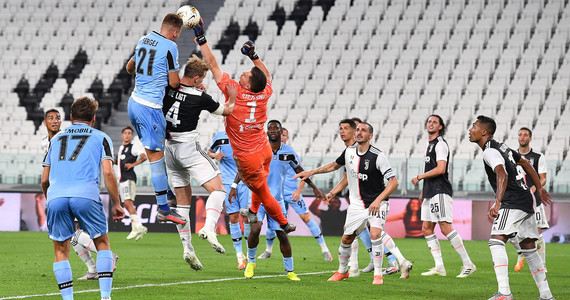 There were only goals scored at the Allianz Stadium on Monday. Cristiano Ronaldo hit twice from the eleventh meter and Ciro Immobile scored for Lazio. They both fight for the Capocannoniere and the Golden Boot, with 30 goals on their account. The result of 2: 1 remained until the end of the match, although if it were not for Szczęsny, the match could have ended in a draw.

In the 89th minute, the Pole defended Sergej Milinkovic-Savic’s free-kick. The intervention was appreciated by the Italian media, especially tuttojuve.com, which gave him a rating of 6.5 – He was unemployed for 80 minutes, but did not disappoint in the ending. He saved the result by intervening after Milinković-Savic’s shot from a free kick – we read on the portal.

Other Italian media such as calciomercato.com and corriere.it also rated Szczęsny’s performance at 6.5 on a ten-point scale, where “1” is below criticism and “10” is world class. The largest sports daily in Italy is of a different opinion. La Gazzetta dello Sport assessed the Polish representative as a “seven” – Milinkovic-Savic’s great free-kick flight saves Juventus’s victory – we read on the website.

This is another time when the Italian media praise Szczęsny for a good game. Recently they raved about him after the match against Sassuolo (3: 3), even though he missed three goals.