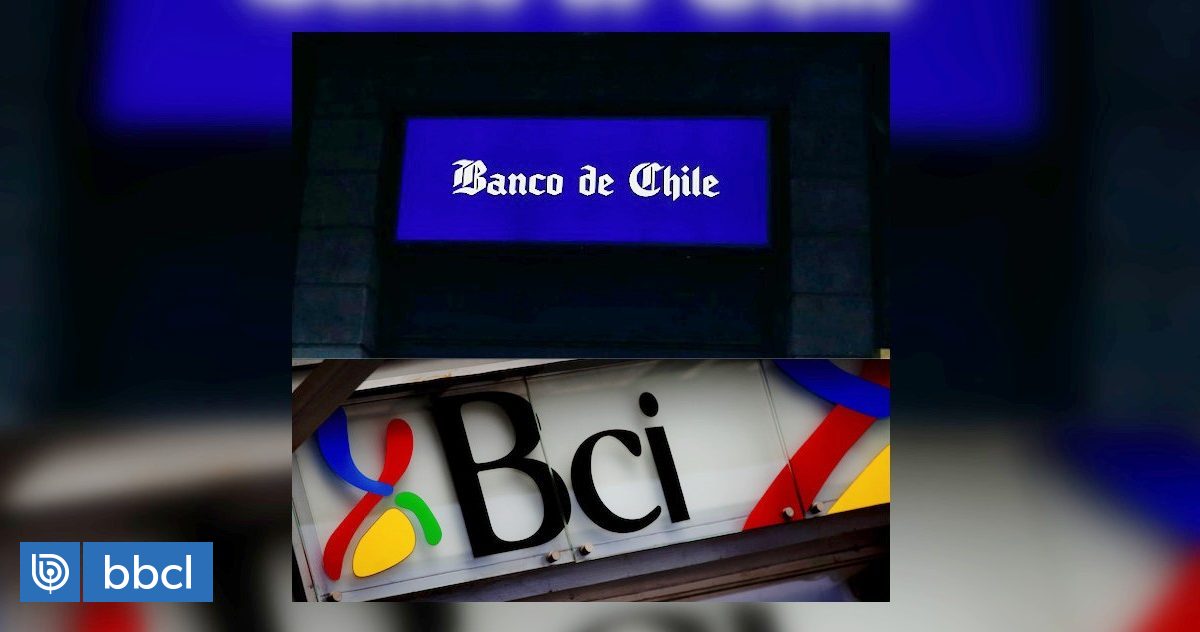 Sernac estimated that, in the case of BCI, it applied the undue collection in more than 35 thousand cases; and that Banco de Chile did so in at least 20 thousand cases.

The National Consumer Service (Sernac) will require the Chile bank and to BCI that return all money improperly collected to defaulting consumers for collection efforts based on the figure of alleged “legal fees”, as well as obtaining the corresponding compensations to those affected.

In addition, the Service will seek the cessation of this conduct by both institutions, “adapting to the standards and limits required by the Consumer Law.”

The national director of Sernac, Lucas Del Villar, explained that this type of charges applied by these financial entities “are serious”In addition to being limited by law since 1999, they affect consumers who are already delinquent and are not in a position to negotiate.

“In practice, this type of charges applied improperly recharges even more the backpack to consumers who are already in a complicated situation, because behind an unpaid debt there are difficult economic situations, which have worsened as a result of the pandemic. Nobody has unpaid debts for pleasure ”, affirmed the director of Sernac.

According to the investigation, which included inspection actions, it was confirmed that these two banks include in their contracts a clause where they establish that in the event of delinquency, the consumer will be responsible for the “legal fees” incurred by the company in case of judicial collection.

In the case of BCI, “these fees correspond to 15% of the amount owed, while in the case of Banco de Chile it is between 10% and 15% of the total demanded, plus legal expenses and costs,” detailed Sernac.

The Service found that this charge is applied when out-of-court agreements are concluded that put an end to the collection trial and, therefore, are not established by the court.

The inclusion of this clause and the application of these charges, added Sernac, “do not conform to what is established by the Consumer Law and violate good faith, since they do not obey objective parameters and produce imbalance and damage to the consumers”.

The regulations expressly establish that companies can only collect reimbursements for effective extrajudicial collections with caps. Indeed, since 1999 it has been prohibited to collect amounts greater than 3%, 6% and 9% of the total debt and according to a progressive scale by tranches (over 50 UF, between 10 and 50 UF and up to 10 UF, respectively).

When it comes to judicial collections, the amounts for “judicial fees” that consumers must pay to companies are set once the trial is concluded, which are established by the judge and not by financial entities.

According to preliminary data from the analyzes carried out by Sernac, only between 2020 and 2021 BCI imposed this type of charges on more than 35 thousand cases in which it signed extrajudicial agreements with consumers to put an end to judicial collection; while Banco de Chile would have done it in more than 20 thousand cases between 2017 and 2021.

Therefore, the total amounts to be restored could reach several tens of millions of pesos.

Faced with this situation, Sernac officially initiated Collective Voluntary Procedures with both financial entities, instance where will demand that you return the money collected unduly to consumers, with the respective readjustments and interests.

In addition, entities will be asked to adapt their contracts and practices to what the Law establishes.

In the event of not achieving a satisfactory proposal from the banking entities, “the corresponding actions will be taken to defend the collective rights of consumers who have been affected.”

Therefore, through this extrajudicial management, it will be sought to corroborate that said company correctly adjusted to the standards established by the regulations.

For now, only BCI has issued a statement referring to this situation. He affirmed that he will collaborate with Sernac “by delivering all the pertinent information in a timely manner, in order to clarify the queries in relation to the inclusion of the clauses ”of their contracts. He added that these are adjusted to the regulations.

Faced with the scenario in which a client encounters problems paying their debts, BCI pointed out that their first objective is to seek “Different solutions that allow you to regularize your financial situation.”

“The foregoing has meant that more than 96% of transactions in arrears are regularized without initiating a lawsuit. Regarding the remaining 4%, we have to comply with legal and regulatory obligations (CMF), and initiate the respective legal actions “, specified the bank.