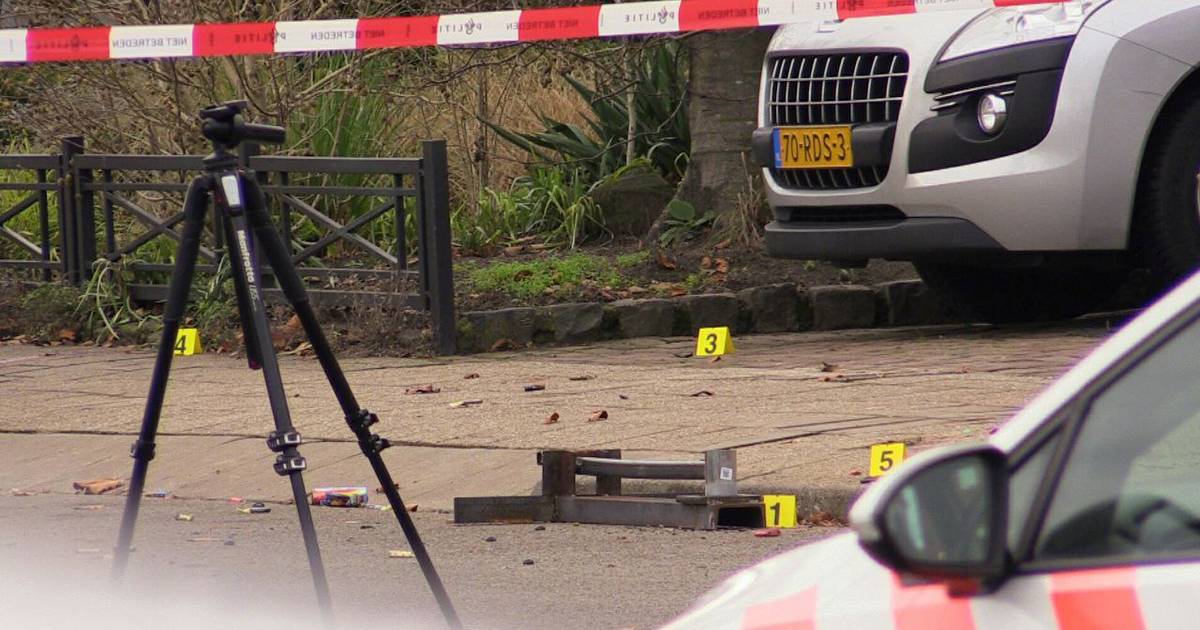 Seven months in prison, that’s what the public prosecutor demanded as punishment for 38-year-old Sebastiaan O. from Haaksbergen. According to the Public Prosecution Service, he was ‘significantly careless, negligent and negligent’ and therefore guilty of the slap hammer drama on December 31, 2021 in which Bram (12) died and Robbin (11) was seriously injured.

The drama was foreseeable, says the officer. “He buys illegal explosive material and a ‘homemade’ device and does not know how to use it safely. Yet he used it in a residential area, with bystanders and then things go horribly wrong. This accumulation of wrong choices leads to a higher sentence.” The officer cannot demand community service with a dry eye, he said. Not even for prevention. That is why he demands a prison sentence of seven months.

A blow hammer is and remains a dangerous thing, says the officer. He blamed the man for having bought a blow hammer without knowing whether the device was any good. It was a rusty and rickety machine, he said. O. had not taken sufficient precautions and there was an accumulation of errors. The suspect assumed that it was good and had not delved into the possible dangers, he said in the Almelo court.

The Haaksbergen resident called himself experienced in the field of folding hammers, because he has been operating the large folding hammer of the neighbor across the street since 2016 with old and new. “A clap hammer is a clap hammer,” said the man. However, the judges found that he did not seem to know anything about the construction itself, the explosive powders and the amount to be used.

Read the live blog about the criminal case here.

O. himself had bought a smaller size folding hammer because he wanted to bang during the day, so that the children could also be there. The neighbor’s was too big and a firework ban was in effect in the evening due to the corona measures in force at the time. He also received the explosive powders from the seller from Heerde. He mixed it and kept it in the barn at home.

On the street near the driveway of his house, about twenty adults and children stood watching what was to come. Including the two young children of the suspect himself and Bram and Robbin. It went wrong with the first real blow. Bram was fatally hit by a metal shard, Robbin was seriously injured in his legs. O. did not realize that at first, he said. His attention turned to the blow hammer, which was broken.

Looking back, he thinks he handled it deliberately, he told the court. According to him, it would never have happened if the blow hammer had been constructed properly: “It just went horribly wrong. There was no reason for this to happen. It is easy to talk in retrospect, but then I would never have started it.”

Arrows on the seller

The defense aimed all arrows at the private seller of the blow hammer. According to counsel Janbart Kalk, his client cannot be blamed and asks for an acquittal. According to the lawyer, O. had no understanding of it and could assume that it was all right.

See also  40 seconds of terror in Omrania.. an unemployed man stabs a father and his son, and the people are crying

Kalk said that everyone has had incredible bad luck due to the construction flaw in the folding hammer. That is not O. to charge, but the seller. “The wrong man is on trial here.” The public prosecutor reported that the man from Heerde is in the picture as a suspect, it is not yet known whether he will actually be prosecuted.

The explosive powder was also unknown territory for the Haaksberger, his lawyer said. But the fact that he didn’t know what kind of stuff it was exactly isn’t his fault and can’t be blamed. It was blow hammer powder and that would explode, that’s all the suspect said he didn’t need to know.

Since December 31, the lives of Bram and Robbin’s family have been turned upside down, the fathers and mothers said in the courtroom. “The shine is gone from life,” said Bram’s father. “We set the table for three people, his chair remains empty. Every night we walk into his bedroom and give a kiss to the picture. Everything we do has a black border.”

He thanked O.’s wife who tried to resuscitate the seriously injured Bram on the street. Bram’s parents did not have a good word for the suspect. “We don’t experience anything from Bram anymore, and that’s because of you Bas. Because you wanted to cause such an idiotic loud bang,” she said. The parents asked for a nationwide ban on blow hammers. “That is our mission. Those things need to get off the street.”

It is difficult for Robbin himself to tell his story in the audience, his father said. He summarized it for the judges: “Point 1: Bangers must be banned. Point 2: He misses Bram immensely.”