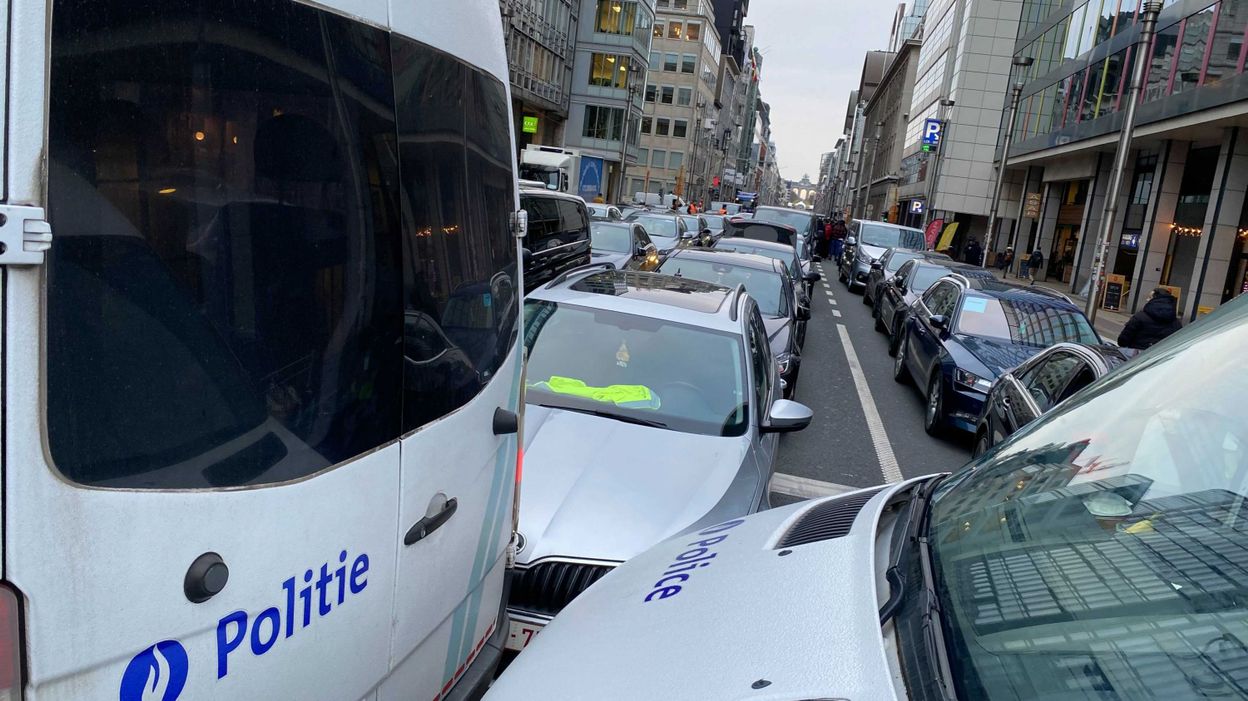 The Cinquantenaire, Loi, Tervuren and Leopold II tunnels towards Brussels city center are blocked this Friday morning following an action by Uber drivers. Rue de la Loi is also experiencing severe slowdowns due to these actions. The police called Uber drivers on Twitter on Friday morning to free the traffic lanes on pain of having their vehicle repaired.

The latter directly caused traffic jams in the area, when the traffic began to increase as the morning rush hour approached, a little before 7:00 a.m. At 10:20 am, the disruptions were still very significant.

The police of Bruxelles-Capitale Ixelles threatened to carry out repairs of vehicles which would still obstruct traffic on the roads of the capital. “As part of the Uber blocking actions in Brussels, we ask the various drivers to move vehicles that obstruct traffic. In case of refusal, we advise that the police will proceed to repair the vehicles.“, she said.

Brussels Mobility also expects that there will be other disruptions at the end of the day, at the time of the evening rush hour, on the axes out of the city center.

The Brussels Court of Appeal on Wednesday recognized the use of the Uber application as illegal. It based its decision on the 1995 regional ordinance on taxi services and chauffeur-driven car rental companies. The demonstrators are therefore demanding new legislation from the Brussels government. “We will block Brussels every day by playing ‘the snail’ until we get a response from the Cabinet of Rudi Vervoort (Minister-President of the Brussels-Capital Region)“Fernando Redondo, president of the Belgian Association of Limousine Drivers (ABCL), warned on Wednesday.

Drivers holding an LVC (Rental Car with Driver) license, who use the Uber application for paid passenger transport, had already taken action on Wednesday and Thursday.

Update: the Tervueren tunnel is closed towards Center following the demonstration.