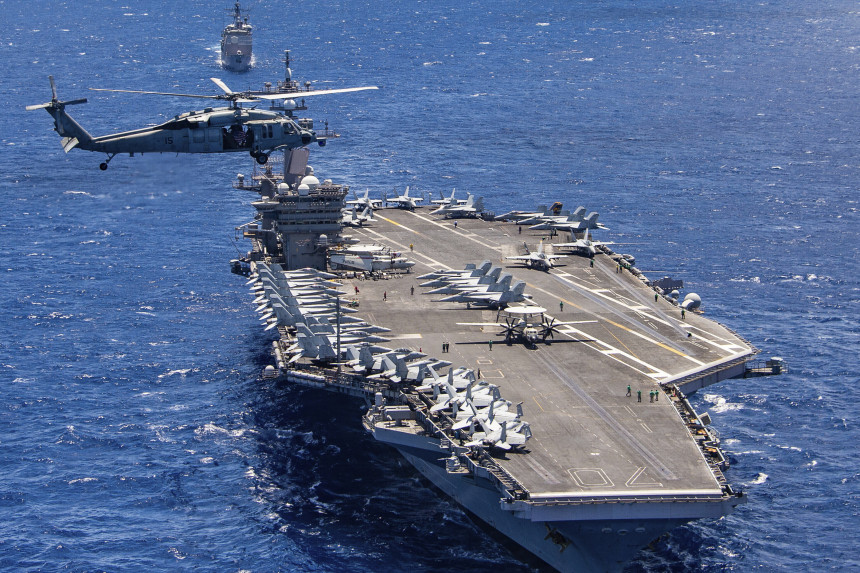 The pilot catapulted before the plane reached the deck of the ship “Carl Vinson” on Monday, told the spokesman of the US 7th Fleet with the press Mark Langfords. The pilot was taken to safety safely by helicopter.

Seven soldiers, including the pilot, were injured and three were evacuated to Manila in the Philippines for medical treatment.

The health of the three soldiers evacuated to Manila was stable on Tuesday morning, the navy said.

An investigation into the crash of a multi-million-dollar plane continues, Langford said.

“The status and recovery of the aircraft is currently under investigation,” he told the Associated Press.

Currently, more than 14,000 troops from two U.S. aviation bases are involved in maneuvers in the South China Sea.

The damage to the ship’s deck is minor, Langford said, and the two aircraft base ships have resumed normal operations.