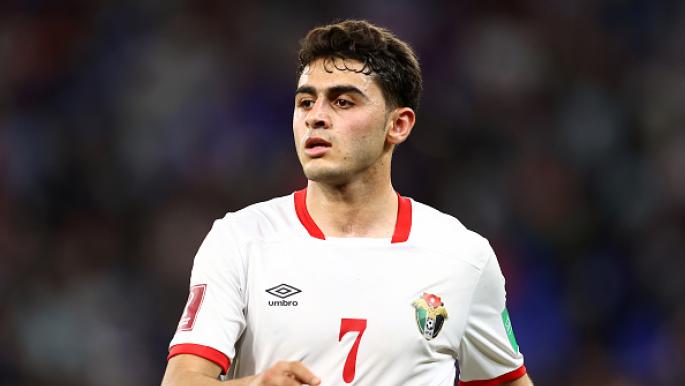 reach Jordan International Muhammad Abu Zreik “Sharara”, to an agreement with Nadi begging The Tunisian will play in his ranks for 3 years, where he will receive one million and 200 thousand dollars, distributed over the three years.

The 25-year-old player, who played last season with the Libyan team Al-Ahly Tripoli, and before that with the Qatari Al-Sailiya, is considered by many to be the second best Jordanian player in the current period, after Musa Al-Taamari, the Belgian star of Leuven, after he succeeded in stealing the spotlight with his first team, the Jordanian Ramtha. He helped him win the league title last season.

Shine in the Arab Cup in Doha

The star of “Al-Nashami” established himself as one of the most prominent stars of the Arab Cup 2021, which was held in the Qatari capital, Doha, and entered the coach of his country’s national team, the Iraqi Adnan Hamad, into great embarrassment, after he was not called up in the initial list of the tournament, but he found himself obliged to invite him. After the pressure of the fans, and his colleague Anas Al-Awad infected with the Corona virus, and despite that, he was sitting on the bench at the beginning of the tournament, before he became the first demand of the fans, and after that he succeeded in changing the face of “Al-Nashma” in the competition.

The International Court of Arbitration for Sport (CAS) has set the 24th of this month as the date for the final oral argument regarding the outstanding issue between Al-Ramtha Club on the one hand and Al-Ahly of Libya and its Jordanian professional “Sharara” on the other hand, after the latter’s success in rescinding his contract with Al-Ramtha Club due to the accumulation of his salaries. Monthly, before he became a professional in the Libyan Al-Ahly based on international laws and instructions, at a time when his Jordanian club demanded from his Libyan counterpart, a compensation of 400,000 euros, because the player’s contract is still continuing for two seasons with Al-Ramtha.

Where did the nickname “spark” come from?

The nickname came because the Jordanian football star was very active and quarrelsome since his childhood, so one of his relatives called him “Spark”, which required him to grow up, and became the title of his personal and professional life.