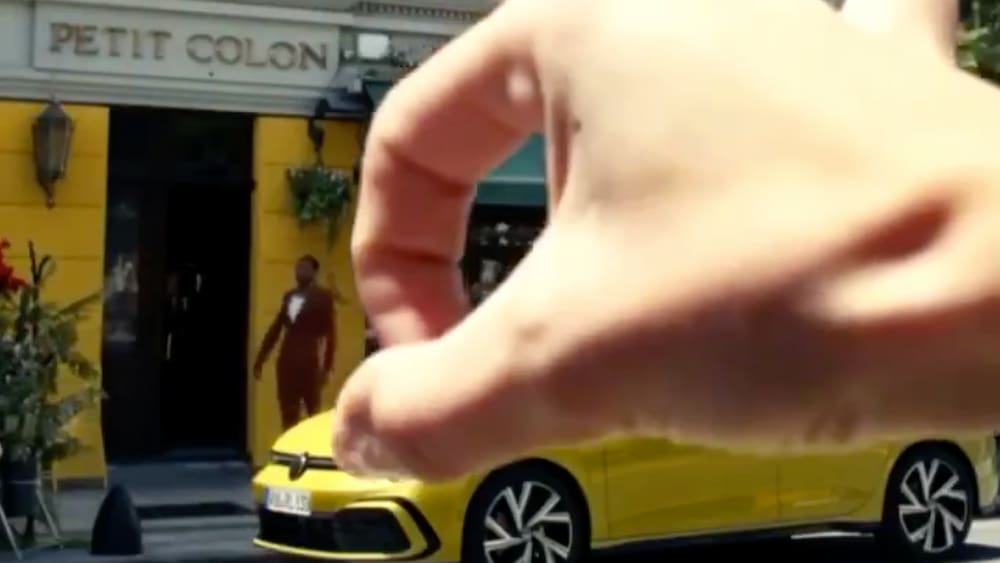 The video only lasts a few seconds. But the damage is immense. The reputation of the Volkswagen Group is suffering massively. Headlines are hailing worldwide. The carmaker has to fight racism allegations.

The background is a clip on the Instagram channel of the German company. It shows a squeaky yellow golf, a black man and an oversized white hand. The hand pushes the man around, pulls his head, lifts him up, obviously moves him against his will.

As if that wasn’t enough, the man snaps off into an entrance at the end. Above it the inscription “Petit Colon”. Colon means gut, but “Petit Colon” is also a café in the theater district in Buenos Aires, Argentina. A text overlay follows. The word “Negro” can be recognized for a short time.

The ten-second video is now deleted, but is still shared on various social networks. Volkswagen has apologized. “We understand public horror,” it says. «Because we are horrified ourselves. It offends all achievements of the civil rights movement. It offends every decent person. We are ashamed of it and cannot explain it today. »

The carmaker has promised clarification. It resolutely opposes all forms of hatred, agitation and discrimination. “We will make the results and consequences of the investigation public.”

«We apologize for this film. And we particularly apologize to those who feel personally hurt by the racist content through their own history. »

Big hand as an insta trend

As much as has been known so far, the clip is part of a whole series in which a couple plays tricks on each other, write German media. The producers would also have taken up the current trend in Instagram films to show a big hand in the picture that treats objects in the film like toys.

The fact that a person is the subject of “treatment” here – and one with a dark skin tone – apparently went under in the marketing department.