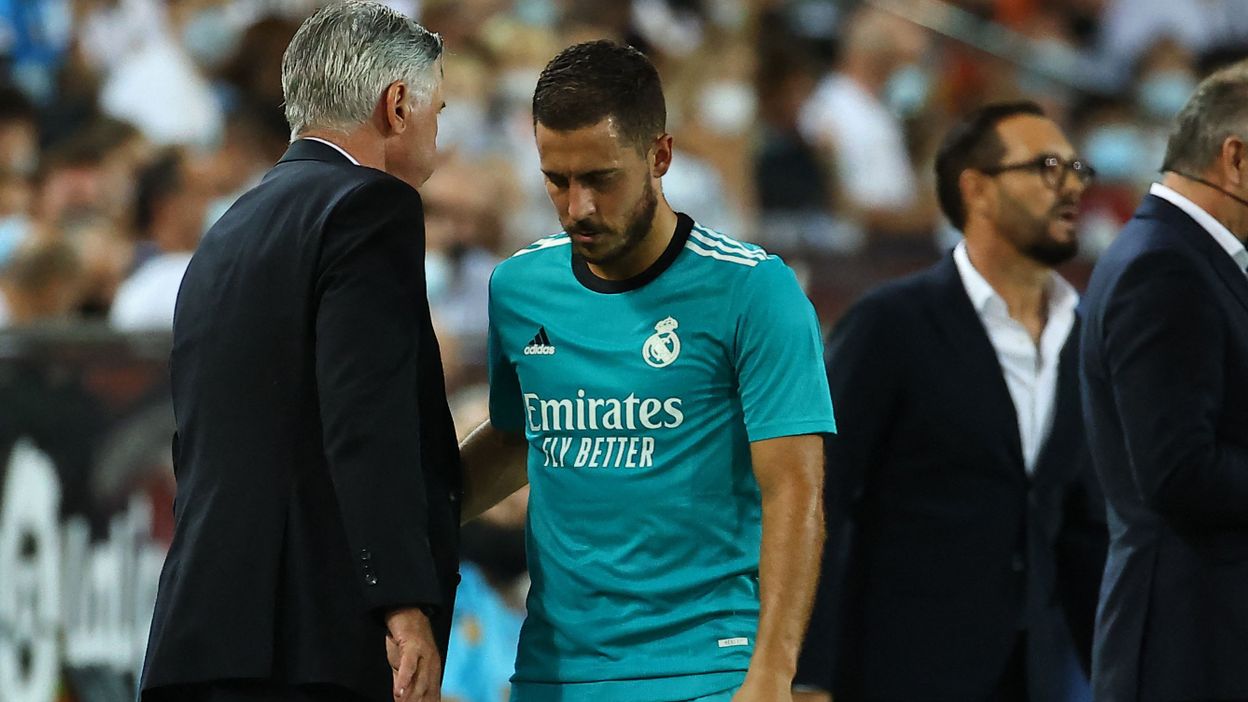 Eden Hazard will not be on the trip to Granada with Real Madrid for the 13th game of the season at Casa Blanca. Carlo Ancelotti, the Madrid coach, announced his absence at a pre-match press conference this Saturday. The Red Devil is sick, he suffers from gastroenteritis.

Eden had left the gathering of the Devils after playing for an hour during the first meeting. He had returned to Madrid as planned even before the international break, according to national coach Roberto Martinez.

This does not help the already complicated situation of Hazard in the Spanish capital. The Belgian has played 11 games for just 415 minutes of play since the start of the season. It is more and more likely that we will regularly hear his name during the next winter transfer window.