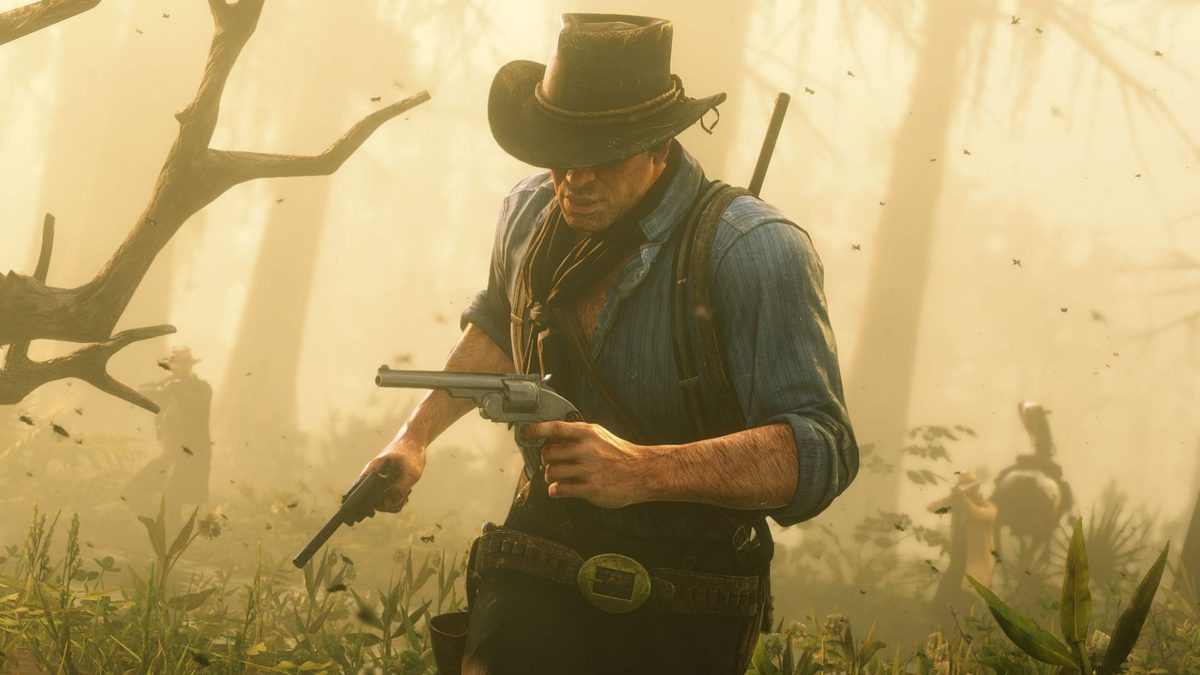 Rockstar Games usually includes Easter Eggs in their games, and now we have an interesting detail discovered in Red Dead Redemption 2 that seems to connect the game with Grand Theft Auto V.

To begin with, it must be taken into account that the history of these titles is 114 years apart, and that is that Red Dead Redemption 2 takes place in 1899 and GTA V is set in 2013, but it is said that the connection could be through A time traveler (via CBR).

There is a side quest called “Beginner Geology” that many players must have missed because it takes many hours to complete it, where we find a character named Francis Sinclair who asks us to find 10 rock carvings, that is, one sort of drawings carved in rocks located in various places on the map.

Here it should be noted that Francis Sinclair is one of the few red-haired characters in the game, and also has a large birthmark under his right eye. In the game it is never directly mentioned that Sinclair is a time traveler, but he suggests it with some details like that the character speaks like someone from the 1930s with words that surprise Arthur.

The rock carvings show futuristic elements for the Old West era, and upon finding them all and returning to Sinclair’s cabin, they will see that he is missing but will discover a drawing of Sinclair surrounded by futuristic pictograms. Soon after, a woman arrives at the scene with a little red-haired baby named Francis, so apparently the one we met earlier is a time traveler.

By itself this could be a mystery, but it is believed that it could connect the game with GTA V, and that is that although in the title there is no Francis Sinclair, there is a description of someone who looks like him.

In GTA IV and GTA V the Epsilon Program is shown as a cult that believes in strange things like that everyone is related except for redheads and that people with birthmarks may be related to Kraff, the Emperor of the Fourth Paradigm , and as you will both remember with characteristics that Francis Sinclair has.

Examples of people who are alleged to be descendants of Kraff can be seen on the Epsilon Program website, and one of them shows a person with a birthmark around their right eye. This leads to speculation that Francis Sinclair is related to the famous emperor Kraff of the GTA universe and would explain the character’s strange behavior in Red Dead Redemption 2.

Speaking of Grand Theft Auto V, remember that you can still download the PC version for free from the Epic Games Store.