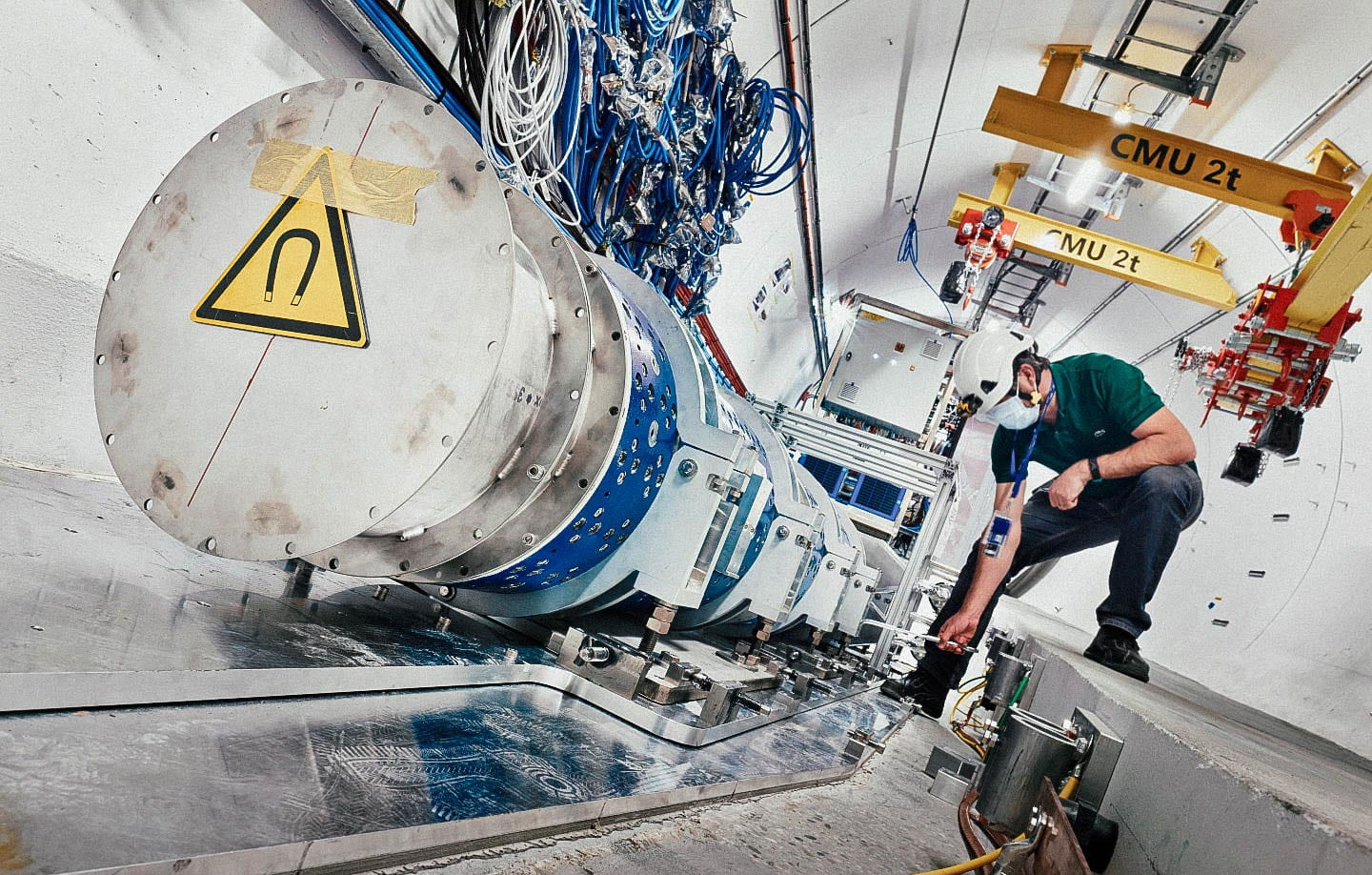 This is a great first for particle physics: an international team, led by physicists from the University of California at Irvine, carried out in a pilot test the very first detection of “candidate neutrinos” produced by the great collider hadrons from CERN. This major event paves the way for high-energy neutrino measurements in current and future colliders.

The FASER particle detector, designed to search for light particles with extremely weak interaction, received approval from CERN to be installed on the Large Hadron Collider (LHC) in 2019. The first work started in May 2020 and it was recently completed by a instrument specially designed to detect neutrinos, denoted FASERν. No neutrino produced in a particle collider has ever been detected – while colliders produce them in large numbers and at high energies.

The detector is now almost ready for use and the experiment as a whole will begin to acquire data from 2022; it should be able to detect thousands of neutrino interactions over the next three years, the researchers say. The FASER team (Forward Search Experiment), led by the University of California Irvine (UCI), today reports that it observed six neutrino interactions during a pilot test of a smaller and similar detector installed at the LHC in 2018. The results obtained with this prototype constitute a first glimpse of the elusive particles generated in a collider.

The most enigmatic fundamental particles in the Universe

Neutrinos are very light particles (their mass is a trillion times lower than that of the top quark), but also electrically neutral and almost inert. They rarely interact with ordinary matter, which is why they are particularly difficult to detect. Yet they could be the key to many mysteries surrounding the origin and evolution of the cosmos.

In 2018, a pilot detector using emulsion films was installed along the path of the proton beam, 480 meters downstream from the ATLAS detector – one of the LHC’s two multipurpose detectors, located in a cave 100 meters away. underground. This prototype consisted of lead and tungsten plates, alternated with emulsion films.

In particle collisions, some of the neutrinos produced break up in the nuclei of dense metals, creating particles that pass through the emulsion layers and create marks that appear after processing. These “engravings” provide clues on the energies of the particles, their flavors (tau, muon or electron) and determine whether they are neutrinos or antineutrinos.

This detector collected 12.2 fb-1 of proton-proton collision data at a center of mass energy of 13 TeV. The reverse femtobarn (fb-1), indicates the cumulative number of possible collisions; an inverse femtobarn corresponds to approximately 80 million million collisions. Among these data, the researchers identified six neutrino interactions. ” Before this project, no sign of neutrinos had ever been observed in a particle collider. This significant breakthrough is a step towards developing a deeper understanding of these elusive particles and the role they play in the Universe. », said Jonathan Feng, professor emeritus of physics and astronomy at the UCI and co-head of the FASER collaboration.

These preliminary results provided scientists with two essential pieces of information: on the one hand, they confirmed that the selected location – downstream of the ATLAS interaction point – is ideal for detecting neutrinos; on the other hand, they demonstrate that the use of an emulsion detector is particularly effective for observing this type of neutrino interactions. The emulsion works in a similar way to film photography: when a film is exposed to light, the photons leave traces which reveal themselves as patterns as the film is developed. Likewise, FASER researchers were able to observe interactions between neutrinos after removing and developing the emulsion layers from the detector.

Since 2019, Feng and his collaborators have been preparing to conduct an experiment with FASER instruments to study dark matter at the LHC. They hope to detect dark photons, which would give researchers a first glimpse of how dark matter interacts with atoms and other matter in the visible Universe via non-gravitational forces. With the results of the pilot test, the team can prepare to launch a new set of experiments with a complete, much larger and much more sensitive instrument.

The prototype detector weighed approximately 29 kg; the FASERν instrument weighs more than a tonne and will be much more reactive and capable of differentiating between varieties of neutrinos. ” Given the power of our new detector and its prime location at CERN, we expect to be able to record over 10,000 neutrino interactions in the next LHC cycle, starting in 2022 ”Said David Casper, co-leader of the FASER project.

According to the physicist, there have only been a dozen observations of neutrinos your throughout human history, but his team could double or even triple that number over the next three years. Researchers are also likely to detect the most energetic neutrinos that have never been produced from an artificial source.