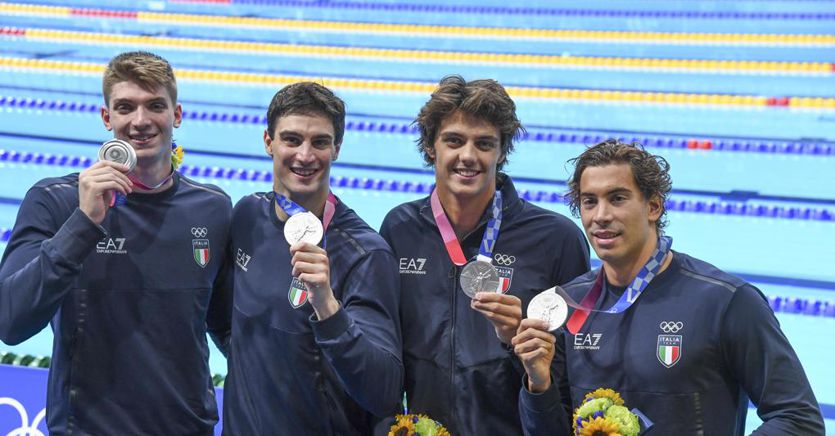 Immediately out of the Olympics, however, Fabio Basile, gold of judo in Rio, passed the category and defeated in the first round by the Korean An Changrim. Nothing to do even for Asia Lanzi, who was the only blue in women’s skateboarding. In the specialty, a journey into the future with a gold and a silver medal for two thirteen-year-olds, the Japanese Momiji Nishiya, and the Brazilian Rayssa Leal.

In tennis, Fabio Fognini (seeded number 15) is in the round of 16 of the tournament after defeating the Belarusian Egor Gerasimov in the second round 6-4 7-6 (4).

In skeet shooting the 38-year-old Italian Diana Bacosi won the silver medal in the women’s Skeet competition, won by the American Amber English. “I was hoping for gold, to repeat Rio, silver arrived but I gave everything I had and I’m happy like this”, said Diana Bacosi after the match and a hug to her coach Andrea Benelli and to the president of Fitav Luciano Rossi . «I gave continuity to my performances and in the end I lost the gold for a clay pigeon: in sport it can happen». Then a special dedication: “It is a medal that I want to dedicate to all Italians, because it was a very difficult year for everyone: the pandemic brought us to our knees but we, as a people, were able to get up again, in life as in sport . In this year I had sporting difficulties, but my coach Andrea Benelli pulled me out of the black moment and brought me here, and to this silver », concluded the blue shooter.

Disappointment, however, for Tammaro Cassandro. The shooter from Capua arrived in Japan as runner-up in the world, but also as a rookie at the Games and after a perfect elimination phase in the final the emotion betrayed him: “That’s right”, he admits after crying for a sixth place that he would have made gladly for less. The men’s skeet gold went to American champion Vincent Hancock, the Messi or CR7 of skeet shooting, who won his first world championship in 2005 at the age of 16 and who had already triumphed in Beijing and London at the Olympics. But in this competition more than Hancock, who makes the news if he doesn’t win, the Kuwaiti Abdullah Al Rashidi, falconer of the emirs as main job and shooter for pleasure, made history, who had Italian coaches before becoming a technician himself. Today, in his seventh Olympics, he took the bronze at 57 years and 11 months, repeating Rio where he competed as a neutral athlete and wearing the Arsenal jersey because Kuwait had been disqualified by the IOC.