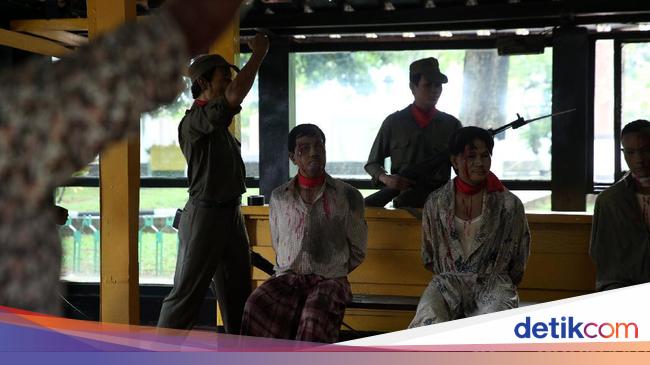 Chairman of the PKI Special Bureau, Sjam Kamaruzaman often mentioned as a double agent in the bloody events of September 30, 1965. Did Sjam really work for the PKI as well as the military?

As known, Sjam was the right-hand man of the PKI chairman, DN Aidit, who was asked to carry out limited operations. Sjam was the liaison between the PKI and the army. However, when the operation failed after the deaths of seven people, Sjam was considered a traitor.

Sjam was said to be a double agent who worked for the PKI as well as the military. Is that right?

The relationship between the two was revealed by Dayno who is the founder of the Pathuk Group and a former member of the PSI Board. To note, the Pathuk Group is a youth group that often meets on Jalan Purwanggan Yogya. They held discussions about politics ahead of independence. Sjam is one of the youths who are members of this group. Suharto only had contact with Pathuk after the proclamation.

From here, Suharto became acquainted with Sjam and the Pathuk youths. However, Dayno admitted that Suharto and Sjam’s relationship was the same as with other Pathuk people. However, no one knows about the relationship and meeting between Suharto and Sjam outside the Pathuk group. Because Dayno said that Sjam was a mysterious figure and didn’t talk much. Therefore, he did not know Sjam was foe or comrade.

When asked if Sjam and Suharto had a further relationship, Dayno did not really know. He only knew that it was suspected that Sjam was a double agent.

“I think that after 1948, after the Madiun incident, there was a process of displacement within the PKI itself. But is it true that it started from there (the Suharto-Sjam relationship)? We don’t know. whether it was pure, or carrying a message from Aidit, or carrying a message from the CIA, we also don’t know. There are allegations that Sjam was a double agent at that time. Psychologically, Sjam’s activities were very suitable for intelligence work. He was silent and didn’t open up much. ” said Dayno in the book.