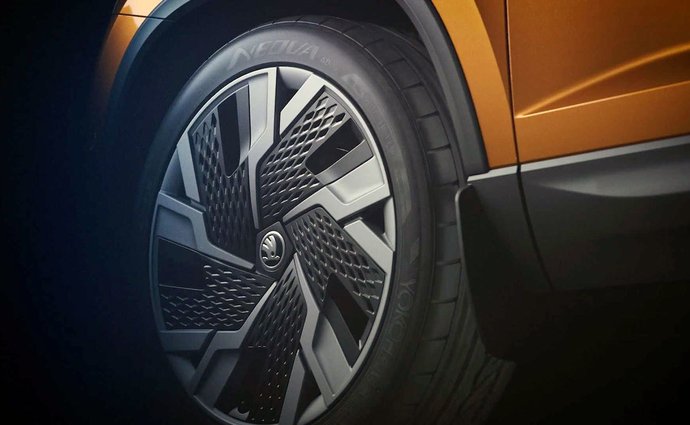 The new video reveals a number of interesting details of the rejuvenated Mladá Boleslav SUV.

Škoda Auto continues to gradually unveil the facelifted compact SUV Karoq, which it recently showed us in the form of design sketches. This time, however, the carmaker is already showing the details of the finished car directly in the form of a video, which reveals quite a bit.

However, the video pays the most attention to the modified bow, which in addition to the modified radiator grille will also offer new headlights. They have retained their four-eye design, but Karoq will now offer LED Matrix headlights that can shade the surrounding traffic. But the lower line of daylight, which is interrupted and bounced in the middle, is also interesting.

In other shots, we can see the top view of the hood, which probably followed the example of Kodiaq got sharper edges and may be slightly raised in profile. The new aerial wheel covers, again known from Kodiaq or the new Fabia, stand out in the side profile. The whole car is then decorated with brown-gold color, which is complemented by a number of chrome decors.

Let us remind you that the premiere of the new Škoda Karoq is scheduled for November 30 at 10:00 and will take place digitally.

See also  Twitch confirmed over 100 GB of data was leaked