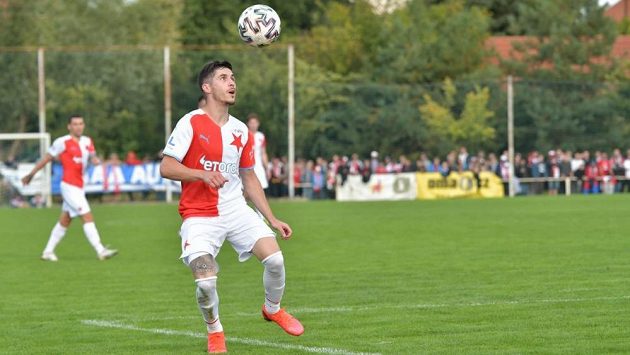 Slavia competed with Zlín for the last time in the opening round of this league season and won just 1: 0. The reigning champion won the last five mutual duels, but in the last cup duel in April 2017, he lost to the “Shoemakers” in the semifinals at home 0: 1. The people of Zlín subsequently won the MOL Cup.

Pilsen and Mladá Boleslav also collided at the beginning of the league season and Viktoria won 2: 1 at home. However, she did not win three times in a row on the Central Bohemian opponent’s field. Last year, in the quarterfinals of the Pilsen Cup at home, she defeated Mladá Boleslav in a 4: 2 shootout.

In the last mutual duel in the spring, Sparta crushed Teplice at home 7: 2. In the cup, both opponents last competed in the quarterfinals the year before last, and the Letná team won at Stínadly only after a penalty shootout. After a cup match, Sparta will hit Teplice in the league at the beginning of November.

The other two pairs will be the same. Slovácko with Karviná and Ostrava with the newcomer to the league, Hradec Králové, will also repeat the cup duel in the 14th round of the highest competition, they will just swap the organizers.

This year, 14 out of 16 first-league teams remain in the game, Liberec and Pardubice have dropped out of the teams from the highest competition so far. The conqueror of the East Bohemians from the 3rd round of Jihlava will start on the Bohemians Praha 1905 course, the second second-league team in the fate of Varnsdorf was awarded the draw of the eight-finals by the North Bohemian duel in Jablonec.

The round of 16 is the last round to be played in the fall, with the quarter-finals taking place in March. Three of the last four years of the MOL Cup were dominated by the reigning league champion Slavia, in the 2019/20 season Sparta won.