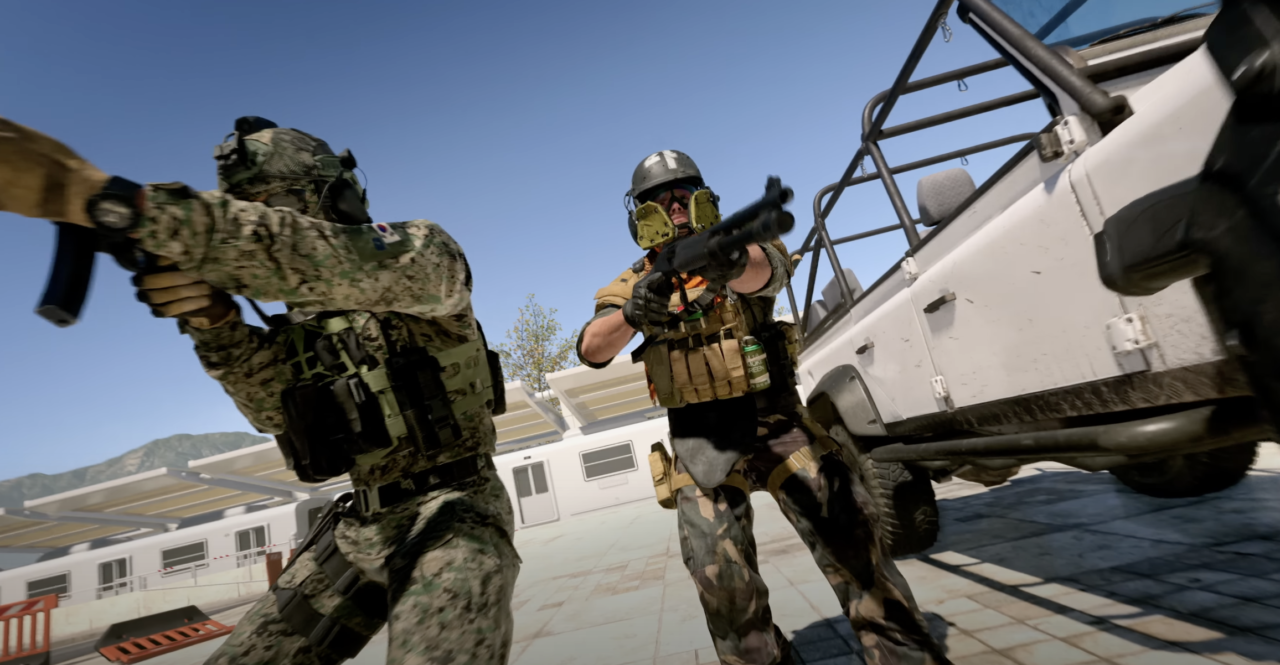 New year, new… no, it’s not quite like this this time.

Of course, there are spin-offs in the series that are now being fought over: who, if any, should be allowed to exclusively own it? New Call of Duty content is therefore served regularly, but back to what I mentioned at the beginning: Call of Duty: Modern Warfare came in October 2019 – it has therefore been three years since the last time, and that has a lot to say.

At least from a technical perspective, because Infinity Ward has developed a completely new graphics engine that not only serves the framework for the “main part”, but also Warzone 2.0 that will also come to mobiles next year.

The sound engine is the star, not the graphics

In a fundamental way, the game feels very similar to its predecessor, including how to move, and the fact that the weapons have weight. This is also a fact in this year’s edition, but then IW has also connected the arm, the body and the weapon the player controls together. Also the bullets exits the weapon correctly.

I don’t know if you remember the FEAR single player horror FPS, but there is the same weight in the guns and the trigger in MW2 as well.

The effect is amplified on the PS5 version (tested) because the game uses DualSense’s cool counter power in the triggers. Sony is really in a league of its own with controller vibration.

On PS5 the game seems to run in 4K and should I guess maybe 60 FPS? I haven’t heard anything about FPS in the console world and I don’t know if 120Hz is supported. As usual in the multiplayer parts of Call of Duty games, there is no great graphics revolution. Many of the areas are and feel static. This is to maintain the focus on weapon gameplay and ensure a high FPS. You will therefore not be blown away by the visual representation, while at the same time you will appreciate a higher level of detail and less cut-and-paste of objects. It is important that the graphics play the correct role.

See also  Vaccination is up to five times more effective against covid than coping with the disease, shows an extensive American study - ČT24 - Czech Television

The sound and physics are fantastic. I must especially emphasize the sound mix, which is an important part of how to play. Play with a headset and loud volume and I can guarantee you that you will have an advantage against enemies who don’t do the same. You will hear that the game is made with sound as an important part of being successful, not just sight.

The physics are also wonderful, especially the shots that have a violent punch in them – it’s ditto satisfying with a perfect hit. I can guarantee that.

In the “open beta” (you have to pre-order) there are four modes: Domination, Team Deathmach, Prisoner Rescue and Knock Out. I spent the most time on the first two, and especially Domination, which has been a personal favorite for many. Prisoner Rescue is perceived as unfair when you are the attacking party.

It will also feel unfair that you can’t shoot if you start reloading the weapon, but that’s the way it is. In return, you can duck down and slide, but not for as long and with as much control as in the far more “comic-like” Call of Duty: Vanguard, as well as being able to pick up speed and jump forward to land on your stomach.

The first rounds were a pain: I die in the cabin and in agony. I have two excuses: I play with a hell of a… gamepad, and I’m used to Vanguard/Black Ops on PC with mouse and keyboard.

Here, then, there are two things that need to be adjusted in my head. After just under two hours it starts to loosen up: I know the maps better and don’t run into the same traps, i.e. areas you shouldn’t be in at the wrong time.

See also  Prepare to be the owner of vivo Y33T, a smartphone from the Y series on 27 April!

Besides reaction skills, because you die quickly, it is, as usual, incredibly important to know the maps, listen and be patient. When you get better, you can take bigger chances, but when you play against people in the same class, such a “strategy” often ends in tears – or at least swearing.

The maps are just big enough for the number of players. Not only that, but they set up different ways of approaching. Automatic weapons, rifles and shotguns will all shine if you learn not only how to use them, but also where to hunt with them.

With a few hours of experience onboard, you will also learn that the battle is never lost until you are dead. There are several times I experienced situations I was sure I wouldn’t survive, only to be able to escape at the last second.

The health regeneration is fast enough that you can turn a duel that initially feels hopeless into a fancy victory with the help of mines, surveillance drones or a teammate.

I don’t notice any major changes in the way I experience Modern Warfare 2. Do I mind? No, and I expect that there will be bigger experiences on offer than what I experienced in the beta (6v6), besides Warzone 2.0.

The games in the series are designed to make you addicted, you just have to be honest about that. Was I addicted the first few hours? Yes, I was. I came close to jumping to the PC version of the 2019 editions in a couple of sour losses, but I couldn’t finish. The game has me hooked already.

See also  The progenitor of video game consoles that appeared in 1939?

It should be mentioned that the special system, “perks”, has been changed this time, and I don’t quite know if it has anything to do with it.

This works by choosing two that are always active, and there are also two that you earn while playing – I expect to boost motivation. On the other hand, two you choose yourself is perhaps a bit small? How about three basic and one man servant?

I have many great memories of Battlefield 2, 3 and partly 4, but after these the series became far too focused on as many players as possible on as large maps as possible. I don’t think Dice has been able to find a balance in recent years. Are they taking ever bigger chances than the Activision brand? Yes, but then you are almost also guaranteed that Call of Duty: Modern Warfare 2 will not be an outright flop, regardless of whether you have experienced it before or not.

Call of Duty: Modern Warfare 2 launches for all platforms regardless of pre-order, on October 28.