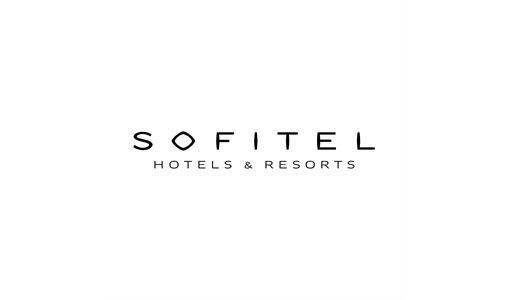 Revealing a more daring and playful facet of Sofitel’s “Live The French Way” motto, these short films highlight the brand’s predilection for the arts and culture, by paying tribute to the whimsy of the French language, indicates a statement from Sofitel.

“These FRENCH IT! transcribe a new fascinating atmosphere by illustrating in an original way expressions little known outside France, to invite the public to do as in its motto, “Live the French Way”, thanks to the richness of our language ”, adds the same source.

As a key player in the contemporary French art of living, Sofitel unveils here the way the French express themselves, thanks to a selection of original sayings illustrated in a playful and resolutely modern way.

“The French art of living is an international benchmark in terms of gastronomy, wines, design and well-being,” said Alexander Schellenberger, Chief Luxury & Premium Brands Officer, Accor, quoted in the press release, noting that “these elements are at the heart of the DNA of the Sofitel brand and have contributed to its worldwide success since its inception in 1964”.

“Today, Sofitel plays a very important role in the Accor group, it is one of the best-known brands in the luxury hotel industry with growing international growth, particularly in China and Asia. Southeast (recently, the group inaugurated Sofitel Ambassador Seoul in South Korea, Sofitel Hangzhou Yingguan in China and Sofitel Adelaide in Australia) ”, he continued.

“The FRENCH IT! Was designed to help the brand claim its place in the luxury industry with a positioning that is both more daring and more fun, comparable to that of other French brands in the fashion, jewelry and art of living ”, observed Mr. Schellenberger.

By highlighting the fact that the French language contains funny colloquialisms, this campaign presents the hotel experience in an unexpected and sassy way, thus using the humor bias to bond and generate brand appeal. universally.

Addressing short films and their links with French expressions to illustrate its motto “Live the French way”, Sofitel explains that this campaign is made up of “Film 1 – To pose a rabbit = To fail someone”, “Film 2 – Falling Into Apples = Passing Out ”,“ Film 3 – Not Being Pie = Being Important ”,“ Film 4 – Being Canon = Being Breathtaking ”,“ Film 5 – Falling in Love = Falling in Love ” , “Film 6 – Getting on your long hair = getting angry”.

For this new digital campaign, the brand has selected profiles that match its chic and passionate identity, thus highlighting strong and independent women of diverse backgrounds who all embody in their own way the art of living in French, such as than dancer Helena Olmedo Duynslaeger, artist and model Lomijoh, and Korean art director Moon Kyu Lee.

Each short film is filmed from unexpected angles, putting the individual forward in an assumed and original way while drawing a parallel with the Sofitel offer (whether in terms of accommodation, gastronomy or well-being. to be), according to a marked visual bias having the effect of arousing interest and creating commitment in a playful way.

The “A la française” soundtrack was composed especially for Sofitel by Annie Plummer, Yan Gorodetzki and Bruce Keen, and was produced by Benzene Editions.

“We wanted to go back to the roots of the Sofitel brand by offering a French art de vivre adapted to everyone”, declared Jean-Guilhem Lamberti, Chief Creative Officer, Accor and Director of the Sofitel FRENCH IT! Campaign, quoted by the communicated.

And to add that “we have deliberately chosen a non-French cast, because“ Live the French Way ”consists in conveying common values ​​(a particular style assumed mixing sensuality, audacity and vivacity, with a hint of non-conformism) and this , regardless of nationality. We have also chosen to offer a predominantly female cast as opposed to the traditionally male representation of luxury and business travel ”.

Sofitel is an undisputed world leader in the luxury hotel sector, with its motto “Live the French Way”, born from the desire to introduce this notion of Art de Vivre in a segment of industry that is generally quite not very creative and undifferentiated.

Travelers in search of contemporary luxury are invited to come and eat, sleep, have fun, get away from it all, stay, party and “Live the French Way”, at Sofitel Hotels & Resorts through the different passions conveyed by the brand for design, gastronomy, culture and well-being.

Upon arrival, customers are greeted in French by the Sofitel teams, who wear tailor-made creations by Parisian designer Léa Peckre. In the lobby, the senses are awakened by the fragrance Essence de Sofitel, created by the famous perfumer Lucien Ferrero, and in the rooms, the iconic Sofitel MyBed offers exceptional comfort for an incomparable night.

On the music side, Sofitel Sounds by French artist Mosey creates a sensual and carefree atmosphere specific to the brand. At the end of the afternoon, the guests can enjoy the Snack or the Aperitif in the hotel bars, then French Gastronomy in the reception rooms.

“Our French Spirit is the quality most often praised by our customers and the most frequently mentioned in their comments, so we understand that this is an important point for them. Having become a signature element of the Sofitel brand, our typically French joie de vivre is present in our various addresses in more than 40 different countries on 5 continents ”, he pointed out.

In parallel with this campaign, Sofitel will continue to offer captivating experiences throughout the year in a purely French spirit, inviting its guests to come and eat, sleep, have fun, get away, stay, party and Living the French way, whether through its “Goûters”, its partnerships with players in the world of fashion and culture, its La Nuit by Sofitel events or its end-of-year Sofitel Art de Noël festivities.

The FRENCH IT campaign! by Sofitel will launch in the UK and France on November 8, 2021 across major social media, including Facebook, Instagram, LinkedIn and YouTube, before then releasing in China on November 30, 2021.

Sofitel Hotels & Resorts is an ambassador of modern French style, culture and the art of living around the world. Founded in 1964, Sofitel is the leading international luxury hotel brand to originate in France with more than 120 chic and remarkable hotels in the world’s most sought-after destinations. Sofitel exudes a refined and understated sense of modern luxury, always blending a touch of French spirit with the best of the region.