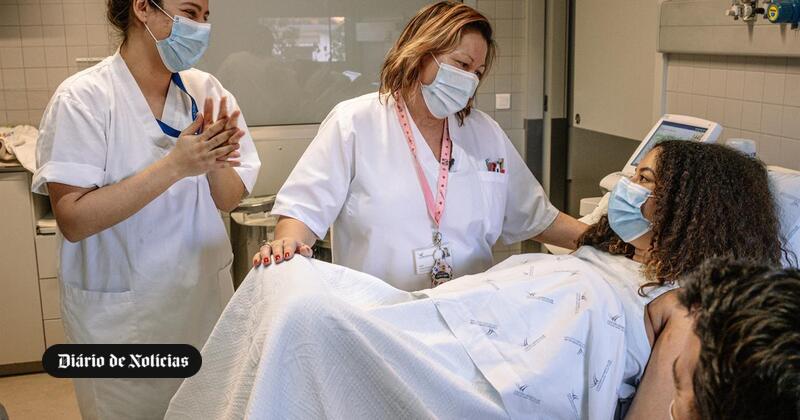 At the beginning of June, the gynecology-obstetrics emergency services of several hospitals of the National Health Service (SNS) began to give a sign of what would be this summer in terms of the lack of doctors. At that time, several units, from the North to the South of the country, began to have to close, for hours or days, usually on weekends, these emergency services due to the lack of specialists to ensure the scales. Two months later the problem persists and even worsens in some units.

The Ordem dos Enfermeiros, through the College of Maternal and Obstetric Health Nursing Specialty (CEESMO), has already publicly assumed that it has a “medium and long-term solution to the problem of human resource management (obstetricians)”. For this, it was enough for the specialist nurses to be involved in the reform or change planned for this area.

To the DN, the president of CEESMO, Irene Cerejeira, argues that this is a “simple and cheap solution, not involving works in the SNS units nor more human resources. which they were formed”.

A solution that, in essence, would already meet what is practiced, to a certain extent, in the SNS, but which needs to be adapted in protocol with regard to care for normal births. Irene Cerejeira refers to the creation of the Normal Birth Centers (CPN), which are nothing more than “the correct determination for the assistance to physiological births by specialist nurses”.

That is, centers in which the assistance given to physiological deliveries, considered normal and without complications, would be in charge of specialist nurses. It would be the nurse who would observe the users, hospitalize them, perform the delivery, and discharge them, after the newborn is observed by a pediatrician. This work would be carried out in conjunction with specialist maternal and obstetrical health nurses from primary care units, who would be responsible, after hospital discharge, to accompany the pregnant woman and the newborn at home.

See also  Orders to the clan from 41-bis: this is how Valentino Gionta commanded in Torre Annunziata

Therefore, and as Irene Cerejeira argues, Normal Birth Centers are a concept of obstetric care that has long been defended by the World Health Organization itself. “When a pregnant user, without any associated pathology, went into labor spontaneously and resorted to an emergency service of the NHS, she would be hospitalized by a specialist nurse, who would perform the delivery, and who, after delivery, would transfer her to the puerperium service. When the user was stabilized and the baby was breastfeeding well, after 18 hours, I say, the nurse would discharge the user, who would go home and be accompanied by a specialist nurse in the area of ​​care in the community, who would make home visits to observe the patient and the newborn. After three days, the patient and the baby returned to the hospital for a consultation with the specialist nurse and the pediatrician to check if everything was ok”, detailed to DN.

“Nurses are responsible for the acts they practice”

“The solution for normal birth centers is as simple as this. It is nursing care for normal physiological births. Specialist nurses have adequate training and legal skills, not only in Portugal, but throughout the world, to perform such functions. And this could alleviate medical work”, but for that it was necessary that “we also stop having medical-centric hospitals”, he emphasizes.

Irene Cerejeira points out that it is already the specialist nurses who carry out a good part of normal births in the SNS units and that all that remains is to give them the skills to “carry out admissions and decree hospital discharges”, which, and as the Order has defended, ” would alleviate the work of doctors and the constraints they now feel in the emergency room”. And he reinforces: “Nurses are responsible for the decisions they make and the acts they practice”.

See also  The young people of the Democratic Party of Rome lead the protest against Letta: "Enough with Draghi"

On the other hand, it would also be necessary to resolve the situation of many specialist nurses, who “perform these functions, but are being paid as general care nurses. There is a lot of talk about doctors, but it is also necessary to look at nurses and pay them them according to their categories”.

In its position, CEESMO explains that “normal birth centers were created with the aim of rescuing the right to privacy and dignity of women during labor and postpartum, in a place similar to their family environment and, at the same time, guarantee safe care, offering them appropriate technological resources in cases of eventual need. It is expected that they have a set of elements to receive the parturient and her companions, allowing an active and participatory labor, using practices based on recommended evidence”. And normal birth centers “aim to promote normal physiological birth” because “the goal of care is to have a healthy mother and child, while maintaining safe care with the lowest possible level of intervention.”

For this reason, Irene Cerejeira argues that when emergencies are closed and other ways of assisting pregnant users are not thought of “the patient’s interests are not truly being thought about. When users plan a delivery, they plan with a team and in a unit. It is not fair that when that moment comes, they are diverted to other places. This means that they are not being placed at the center of care and that we are pushing them to the private. It does not seem to me that this is the best solution for the SNS “.

At Diário de Notícias dozens of journalists work every day to make news, interviews, reports and analyzes that ensure accurate information to readers. And this has been the case for over 150 years, as we are the oldest national newspaper. To continue doing this “service to the reader”, as our founder wrote in 1864, we need your support.