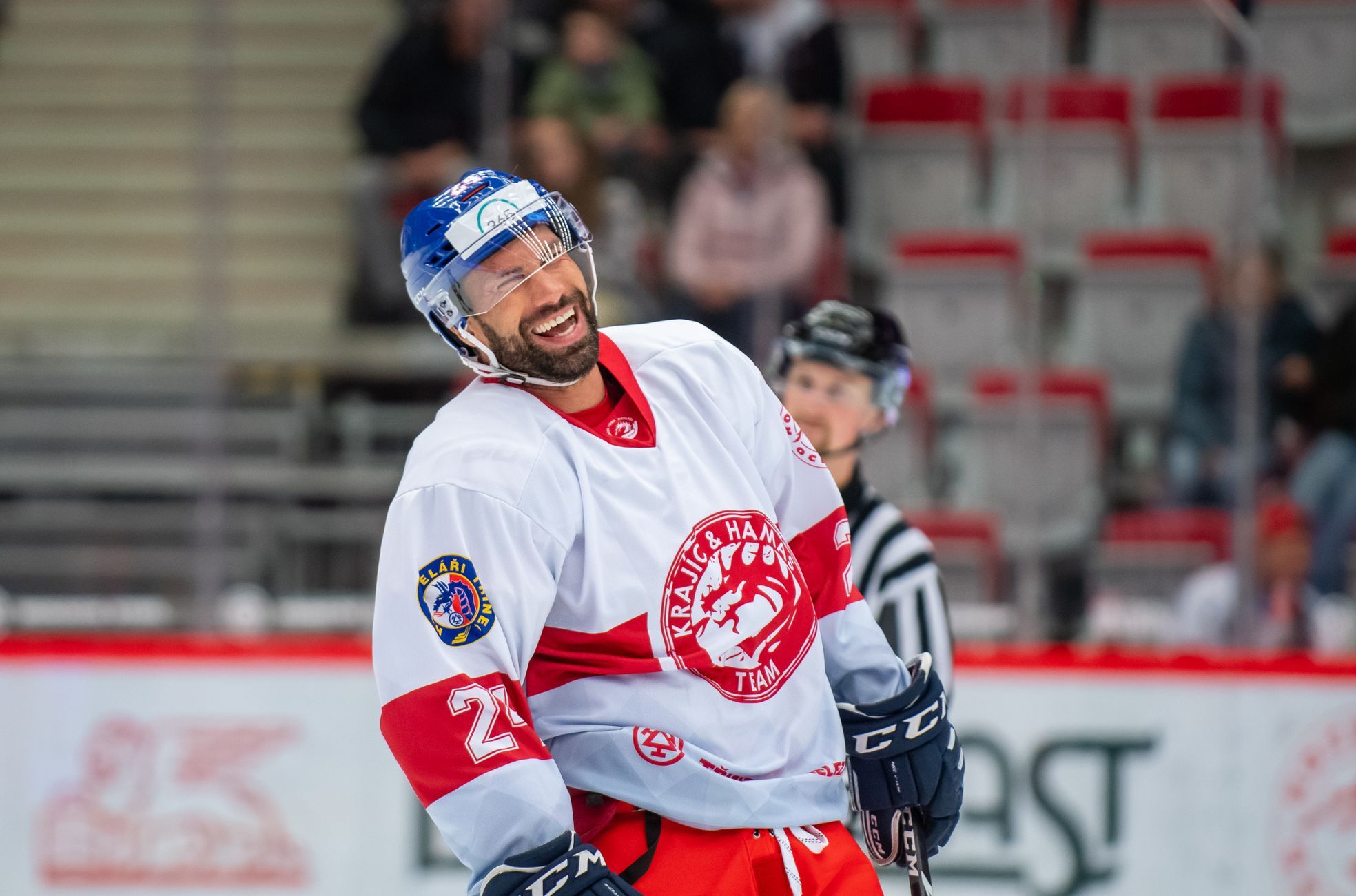 Although Zbyněk Irgl has not yet officially announced the end of his career, there is significantly less hockey in his life. However, he enjoyed two holiday events on Thursday and Friday. He first saw the debut of his son Denis in the goal of the national team, a day later he went out on the ice in Třinec alone. In the exhibition, his former teammates Lukáš Krajíček, Peter Hamerlík, Jiří Polanský and Martin Adamský said goodbye there.

It was their night. All four won the first extra-league title for the Steelers in 2011, Krajíček, Adamský and Polanský were also there in 2019. Covid and other circumstances postponed the joint farewell until this November. The exhibition could be seen by the full stands.

However, even Zbyněk Irgl was an important part of it. He spent three and a half seasons in Trinec, in 2015 he won silver with the team. Here he also learned about a tumor on his kidney, which the doctors had to remove. Irgl overcame the insidious disease and finally began his emotional comeback in the Třinec arena.

Now the fans appreciated his arrival with thunderous applause. The 2006 world vice-champion joined Hamerlík’s team with Krajíček, which defeated Polanský’s team with Adamský 9:6 in a match interrupted by interviews and all kinds of jokes.

Farewell to legends in Třinec

See also  Crazy news for a young Russian hockey player. He was diagnosed with cancer

The 41-year-old attacker has not played anywhere since the end of the 2020/21 season, when he wore the Vítkovic jersey. And although he has not yet publicly announced his retirement, he does not plan to return to competitive matches.

Not at all. During the summer I enjoy golf, cycling, mountains, tennis. Now that the weather is getting worse, I’ve moved more indoors to play tennis. I don’t play hockey. I haven’t said anywhere yet that I’m ending my career, but I’ll have to announce it officially so I can have peace of mind. (smile) People ask me this all the time.

How did you enjoy the exhibition in Třinec?

It was great. For me, all important players in other clubs deserve something like this when they end their careers.

Did you like it all in all? With the involvement of Krajíček and Adamský’s sons directly on the ice, fun competitions or video greetings from other hockey players.

I liked it. That’s what respect for players looks like, that’s what it’s all about. It is still not widely used in our country, but everyone should be aware of it. Although many people work for each club, the fans mainly go to the players. They like them. So there would be more players who deserved to have such a farewell. Třinec can do this.

So can you imagine something like this at the end of your career?

I think if I’m going to say goodbye, it’ll probably be golfing. I’ll invite former teammates and friends and we’ll combine it with a sit-down.

Definitely to Krajd. We’ve been through a lot. We were together in the national team, three years in Minsk in the KHL. Even now after the hockey career, we see each other.

What were the four seasons in Třinec like for you?

I tell everyone that I would like everyone to go through the Trinity organization. Just to see how it goes here. Whether it is the ownership structure, management, trainers, custodians, masseurs. Everything is completely professional, that’s how hockey should be done.

If I wasn’t the pawn. (smile) Unfortunately, how often is it about luck…

Did Třinec remain strongly rooted in you also because you overcame cancer during your engagement with Ocelář? Here you were back on the ice again.

That too, but I remember Třinec fondly. To this day, I maintain above-standard relations with people from the club. We respect each other.

On Thursday, your eighteen-year-old son Denis had a big day. How did you enjoy his debut in goal for the U19 national team? Although in Ostrava, it ended with a 2:8 defeat by the Finnish team.

Of course I went to see. And I would comment on it in the way that Denis suddenly recognized great hockey. The Finnish handyman was on a completely different level, it was unbelievable. Already when I saw the skills of the Finns in the warm-up… I knew that we had a gap behind them, but I had no idea that it was so big.

See also  An early end to Brescia? I already have offers, I prefer abroad, says Matějů

When your son was younger, didn’t you talk him out of the gate?

No, not at all. Denda is an introvert and the goalkeeper position is ideal for him. We train together in the summer, I’ll shoot him. He’s got a lot ahead of him and it’s up to him how he approaches it.

Do you also advise him on catching?

I’ve been shooting at goalies all my career, I’ve seen them make catches. I scored goals for them. So yes, sometimes I tell him what to watch out for. Yesterday, however, it would have been useless, the Finnish attacks were at a completely different level than what we are used to here with the youth.