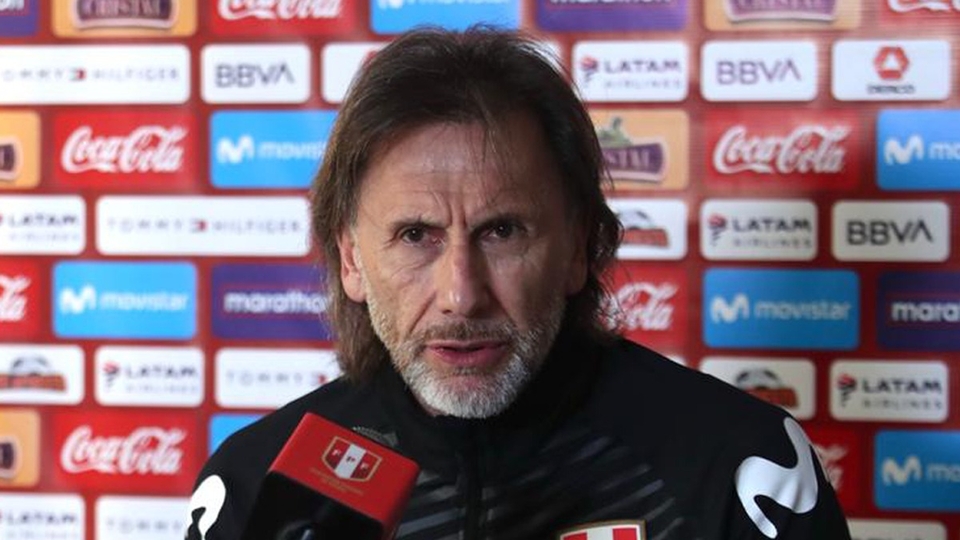 The coronavirus pandemic and injuries caused Uruguay-Chile, one of the most attractive duels of the opening day of this Thursday of the South American Qualifiers and the one that opens them, from 19.45, is dotted with important absences. In the other match of the first day of action of the selected countries of the continent, the Defensores de Chaco stadium, in Asunción, will be the scene of a strong Argentine flavor: Eduardo Berizzo, coach of Paraguay, will cross from 20.30 with his counterpart from Peru and compatriot Ricardo Gareca, in the game benches that will also be arbitrated by Nestor Pitana.

In Montevideo, duel of absences

After a seven-month break due to the coronavirus pandemic, Uruguay and Chile will open the Playoffs game, in a day that will make soccer fans curse for having scheduled the matches at practically simultaneous times, despite the nostalgia to see the ball roll.

The main casualty of the game to be played at the Centenario stadium in Montevideo will be that of forward Edinson Cavani, brand new reinforcement of Manchester United, who agreed with the coaching staff not to be summoned due to his long inactivity. One of the figures of the Uruguayan team will undoubtedly be Oscar Washington Tabárez, who At 73, he will seek to arrive in Qatar to direct his fifth World Cup. The Maestro will also have to cope without the defender José María Giménez – he caught the coronavirus at Atlético de Madrid – nor the goalkeeper Fernando Muslera – he suffered a serious injury in mid-June in Turkey.

Colombian Reinaldo Rueda, who leads Chile, was even more hit by casualties, as he was unable to count on his defensive base: Due to injury, the goalkeeper Claudio Bravo, the central defenders Gary Medel and Guillermo Maripán and the left-back Guillermo Soto, who was emerging as the replacement after the resignation of the historic Jean Beausejour, were left out.

But that is not all: Also right-back Mauricio Isla and central midfielder Erick Pulgar were ruled out due to coronavirus, while the offense also lost alternatives, since Fabián Orellana and Andrés Vilches were dropped from the initial list.

The Colombian Rueda will bet on the experience of the Racing goalkeeper, Gabriel Arias, and Arturo Vidal, Charles Aránguiz and Alexis Sánchez to level his absences. On the side of Uruguay, to accompany Luis Suárez, the options of Jonathan Rodríguez, scorer of Cruz Azul of Mexico, and Giorgian De Arrascaeta, of Flamengo of Brazil, are handled.

Clash of Argentines in Asunción

The clash against the Peruvians will be Berizzo’s debut in a World Cup Qualifier, although for 14 games he has been in charge of the representative Guaraní, with three wins, six draws and five defeats.

To receive Peru, Berizzo’s main doubt goes through the goalkeeper, since the owner Roberto Fernández, from Brazil’s Botafogo, has a knee ailment, so his place could be taken by Antony Silva, former Huracán and currently in National of Paraguay. Up front, the 50-year-old Cordovan coach has in mind an offensive scheme with a two forwards made up of Darío Lezcano and Miguel Almirón.

Gareca, however, is the one who had a more complicated panorama for the assembly of his 11: the 62-year-old DT had to improvise an alternate team for debut after several absences will complicate the ideal set-up.

El Tigre will not be able to count on the maximum figure of the Peruvian national team, Paolo Guerrero, who broke the cruciate ligaments in his right knee in a meeting between his team, Inter de Porto Alegre, and Fluminense, for the Brasileirao tournament. Nor will he be able to have the players Edison Flores, Alexander Callens and Yordy Reyna, who did not receive permission from their respective clubs in the United States League to be part of their team.

As if that were not enough, this Tuesday he suffered the loss due to coronavirus of defender Santiago Arzamendia, who is “asymptomatic and in home quarantine”, according to what the Paraguayan team announced on his social networks.