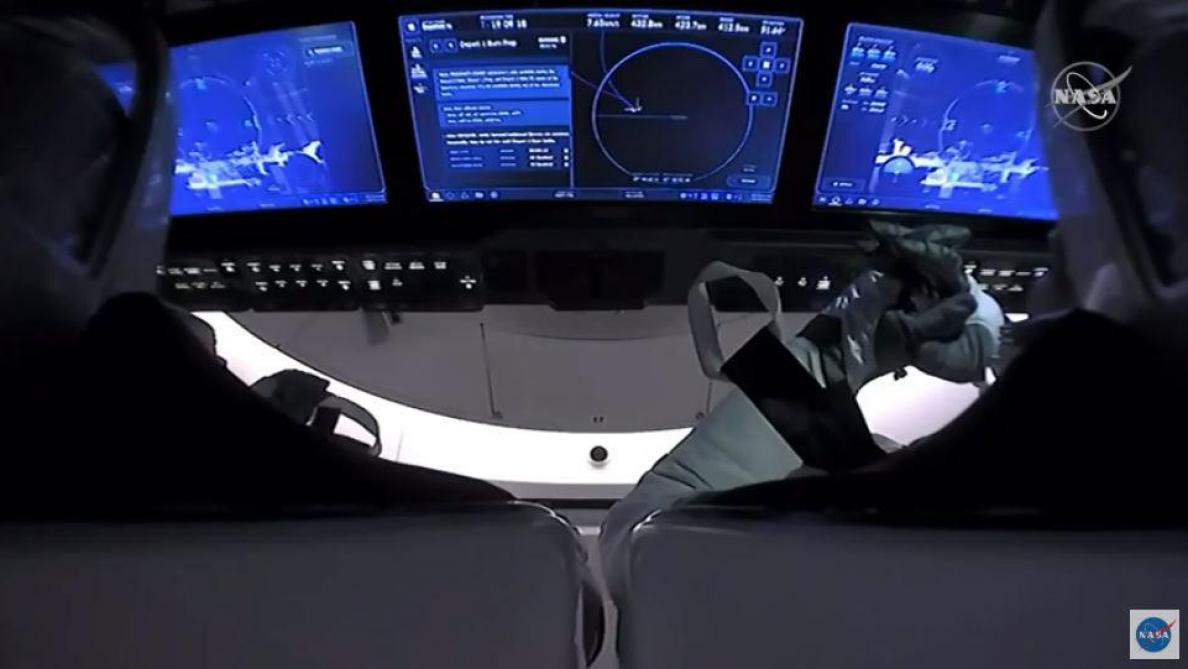 Its landing is scheduled for Sunday in the Gulf of Mexico around 8:41 p.m. (Belgian time).

Crew Dragon, SpaceX’s capsule with two American astronauts on board, broke away from the International Space Station (ISS) on Saturday to return to Earth, NASA said. Its landing is scheduled for Sunday in the Gulf of Mexico around 8:41 p.m. (Belgian time).

“Separation confirmed. Dragon makes four starting thrusts to get away from @Space_Station, ”SpaceX tweeted after footage of the capsule leaving the craft on time and without a hitch.

The US space agency continues to closely monitor the progress of Hurricane Isaias which, after hitting the Bahamas, is approaching Florida. If the winds were too strong or the waves too high, this would complicate the arrival of the capsule, but also its safe recovery by pre-positioned ships.

Americans Bob Behnken and Doug Hurley became the first astronauts to be transported to the International Space Station (ISS), 400 km from Earth, by a private company, under contract with NASA. The launch of Crew Dragon also marked the United States’ first manned flight since 2011, when space shuttles were retired. Americans have since been traveling on Russian rockets.

NASA has tasked SpaceX, which had been delivering cargo to the ISS since 2012, to develop a new space taxi. For three billion dollars, granted since 2011 as part of a fixed price contract, SpaceX has promised the US space agency six round trips to the ISS, with four astronauts on board.