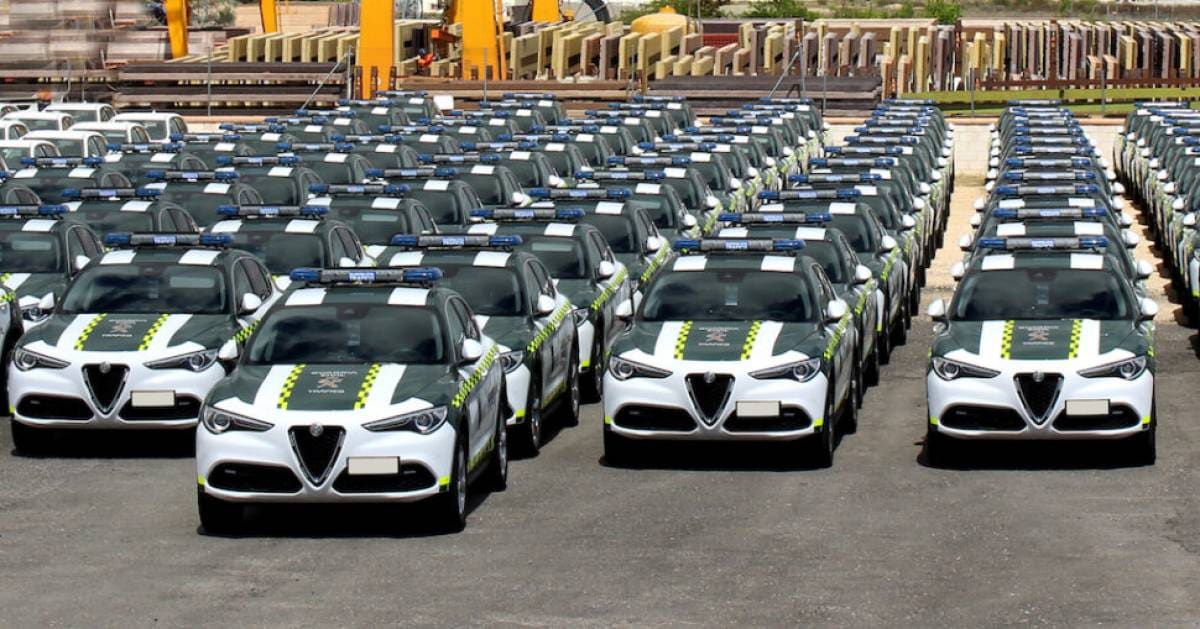 After a batch of 97 units announced in May, the Alfa Romeo Stelvio of the Guardia Civil is enriched with another 301 specimens, all destined for the Agrupación de Tráfico of the famous Spanish corps. Equipped with the 2.2-liter 190 HP engine, combined with the 8-speed automatic transmission, the SUV is the third Alfa car with Q4 all-wheel drive to enter the Road Patrol, after the 156 Crosswagon and the 159.

Fair offer. Despite the numerous vehicles manufactured in Spain, in fact the second car manufacturer in Europe, the choice fell on the Italian model following a public tender won by the Arese company, whose offer obtained the highest score, being suitable from a technical and economic point of view. After all, the recruitment of a car with these characteristics is the result of the desire to equip the Civil Guard with a vehicle suitable for circulating in traffic even in the presence of the most severe winter conditions, such as snow.

In uniform. In addition to the standard features of the production model, this uniformed Stelvio adopts, among the various service accessories, the flashing LED bridge and a folding message panel. The news of the Stelvio destined for the Spanish corps comes a few days after being enrolled in the French Gendarmerie of the Alpine A110, another model appreciated by driving enthusiasts.