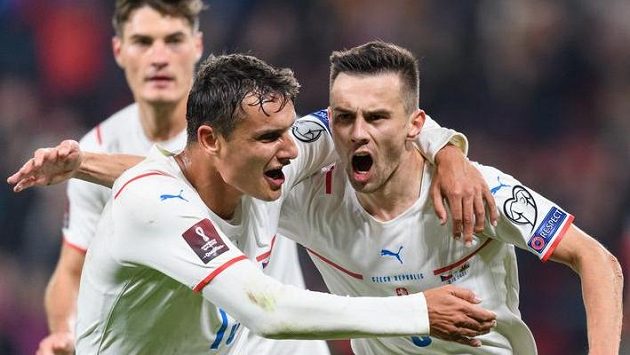 Aleš Matějů and Jakub Pešek celebrate a goal to 1: 1 during the match with Wales.

You seem to be a specialist in island teams. You scored against Scotland on your national team debut a year ago, now you have helped to score points against Wales.

But the shot against Wales is more. Of course, it annoys me that we only got a point. When we turned the score around, I was hoping it would kick us. Even before the match, we thought that we had to attack the goalkeeper during the pass, because the lawn in the penalty area was all sorts. And it paid off, it brought the second goal. But it didn’t kick us, as we had hoped. But if I project the match, the point is good. Wales had more opportunities.

Was it difficult for you to deal with a lot of pressure in the absence of traditional wings?

I didn’t admit anything like that. I focused on myself, preparing for my opponent. I want to take every chance, every minute in the national jersey. For me, every match in the national team is an honor. Moving to Sparta helped me a lot. I have a huge motivation to keep fit, because the European Championships have been a great experience. and now I would like to go to the World Cup. Being part of the choice for Qatar would be a dream come true.

In sixteen matches for Sparta you scored five goals and four assistants, you also scored one goal in the national team. How do you explain the great autumn balance?

Numbers are important for every player. I hope to continue and help the team. Every footballer should appreciate such a period, because it can go wrong quickly. It is therefore necessary to think positively. The head is very important. 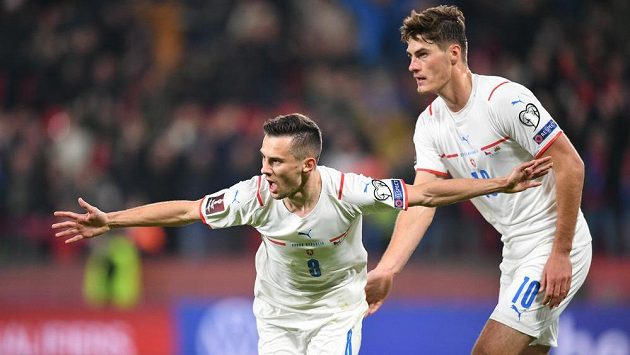 Jakub Pešek (8) and Patrik Schick rejoice after a goal against Wales.

Is it really that easy? Is it enough to think positively? Or do you have a guaranteed recipe?

It helps me with a great background. Once I leave the stadium, I don’t deal with football at all. And I think that’s a very important thing. If I still had football in my head, it wouldn’t help me much.

Against Wales, you confirmed a great performance from the previous league match against Slavia, which Sparta defeated after five years. How excited were you to take part in the end of the poor series of the Letna Club?

I’ve been a Spartan since childhood. Although I was away for a long time, I watched every derby and always cheered for Sparta. Wherever I played, I remained a Spartan. And he wished the club to win the derby and make the title. That I could be at the first victory in five and a half years was sensational. 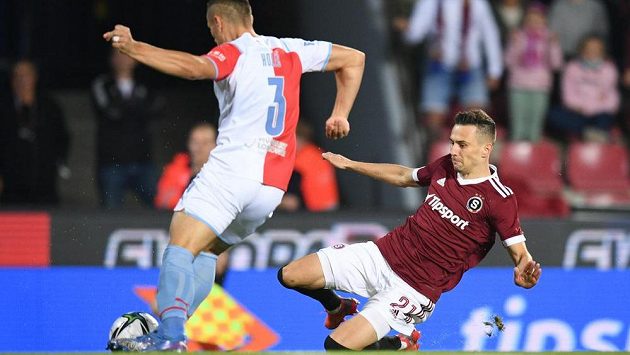 During those six years outside of Summer, weren’t you worried that you would get another attempt in Sparta?

I hoped that one day the opportunity would come. I always wanted it. And I’m happy it turned out.

However, your name was also very intensively associated with Slavia. Would you accept an offer from Eden as a Spartan?

It is a fact that there have been some signs of Slavia’s interest. I focused mainly on my own performances. Everyone knows that Liberec cooperates very intensively with Slavia. My main goal was to play great football. In the end, I didn’t have to deal with Slavia’s offer. And I’m glad I’m back in Sparta.

See also  Curiosities, athletes not to be missed, Azzurri in search of a medal: mini guide to the Tokyo 2020 Olympics

We were not in a good mood, coach Jaroslav Šilhavý admitted after the draw with Wales.

You shine in Sparta after a few weeks. Wondering where you could be if they gave you a chance at Letná as a young man?

I’m happy for my trip. For coach Lavička, I got a chance in the league and in the cups. But the Sparta team was great then. I wouldn’t get much space. That is why I accepted the offer from České Budějovice. I played regularly in the south of Bohemia, but unfortunately we came down. I think I won a lot in the second league and gained experience. And Liberec was another great intermediate stage. I think that if you want to succeed in the domestic top three, Slovan is a great address for him.

After a difficult season, you went to the European Championships, then practically without rest he jumped into the preparation of Sparta. Doesn’t it scare you how you manage the season without rest?

I think that the national team or the European Championship paradoxically helped me to my current form. Although I didn’t play for a minute, I trained honestly the whole time. I was more prepared for Sparta than if I had been involved in training from the beginning after the holidays. I won’t lie, I’ve had enough and I’m looking forward to the winter break, but I feel great. 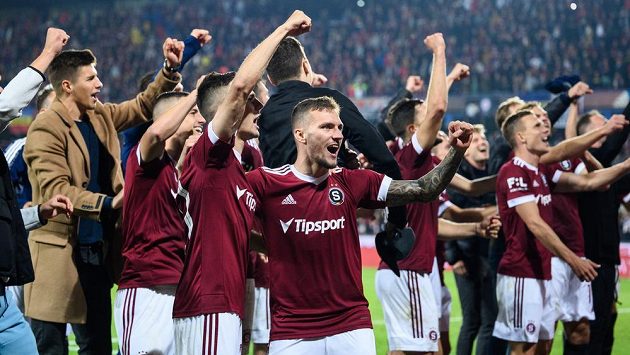 So far, you’ve jumped into sixteen games for Sparta, only once you weren’t at the base. At least the same portion of the match awaits you by the end of autumn. Is it possible to endure such a team?

As I have already indicated, the main thing is rest. And I have a really great service on this. I relax at home, rest. We had a wedding in the summer and sometimes we remember these precious moments through photos or videos. I have a great background at home and I would like to thank my wife very much for supporting me.

See also  “The life of adults goes on, that of young people is 'on...

Did the experience you gained in the preliminary rounds of the Champions League against Rapid Vienna and Monaco help you?

Monaco was a mirror. We learned a lesson. We need to improve tactically and physically. But at the same time, I feel like we’re growing with each match. During the derby with Slavia, we gained confidence. At the same time, they put her under pressure. And we showed other opponents that it is not invincible. 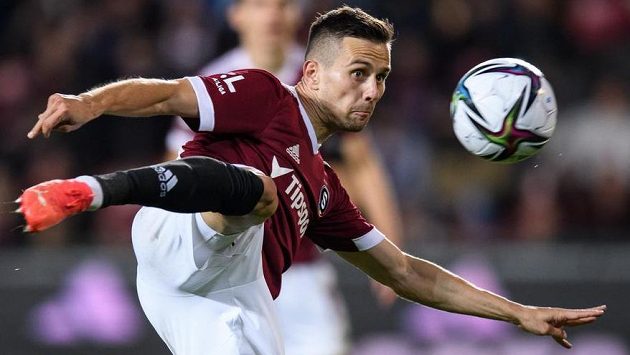 On the European scene, you last fought the Rangers. You invited children from the primary school in Hlinsko, where you went as a child, to a match in the European League. You won the match, but the duel has an end in the form of an investigation by UEFA over alleged racism in the stands. Do you realize what happened around the match?

When the management of Sparta came up with an offer that we could invite, for example, a children’s football team as players, I approached the school principal through my mother, who works at the school. I believe the children enjoyed it. I also gave them a jersey from that match. It was a great experience for them. And for us on the desktop too. I have never experienced such an atmosphere. The children gave us incredible energy. I was quite sorry for what happened after that.

The program of the Czech team in the qualification for the football championship 2022. The table is so far dominated by Belgium